Fame cast arrives in Liverpool for the Fame reunion shows at The Auditorium at M&S Bank Arena - The Guide Liverpool
Contact Us Advertise with The Guide Our Video Services Follow us: 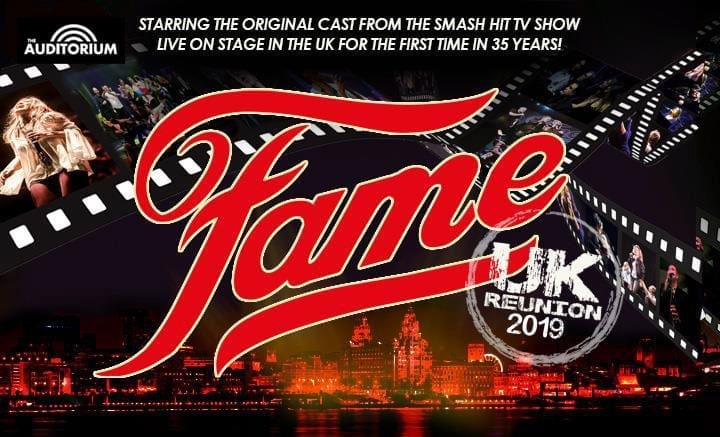 The original cast of the hit tv series Fame has arrived for two Fame UK Reunion Concerts in Liverpool this bank holiday weekend.

It will be the first time in 35 years that the cast of Fame reunites on a UK stage.

The concerts take place in The Auditorium of the M&S Bank Arena in Liverpool on Sunday evening 5 May (sold out) and a matinee show on Monday 6 May (May Day).  The reunion is a charity event to benefit the Claire House Children’s Hospice in Liverpool. The cast will visit the hospice on Thursday 2 May. In addition to the reunion concerts there is a Fame convention.

The Kids from Fame are one of the biggest pop acts from the 1980’s, emerging from the immensely popular television series Fame. The show ran for six seasons. Five television soundtrack albums were released. Due to huge demand, the cast did two concert tours as ‘The Kids from Fame’ in the UK, Europe and Israel, including the Royal Albert Hall in 1982/1983.

Valerie Landsburg said “I am so excited that we have sold out the first show, there is something very special about coming back to the UK for these concerts. I was sent to London to do press for FAME in 1982. I was bowled over by the effect the show had in the U.K. None of us had any idea. Coming back again to perform feels like a perfect circle back to these roots with the fans!”

Claire House Children’s Hospice helps seriously and terminally ill children live life to the full by creating wonderful experiences and bringing back a sense of normality to family life. By providing specialist nursing care and emotional support they help families smile again when life couldn’t get any tougher. The cast will visit the hospice on Thursday morning 2 May.

Valerie also adds “The visit to Clare House Hospice was an eye-opening experience. This was an approach to support not only a child or teenager with a critical illness or a severe on going health situation that will shorten their life expectancy, but one that cradles the entire family through what may be the hardest journey of their lives.”