Fancy designing a panto costume for our Mark Byron? - The Guide Liverpool
Contact Us Advertise with The Guide Our Video Services Follow us:

Fancy designing a panto costume for our Mark Byron? 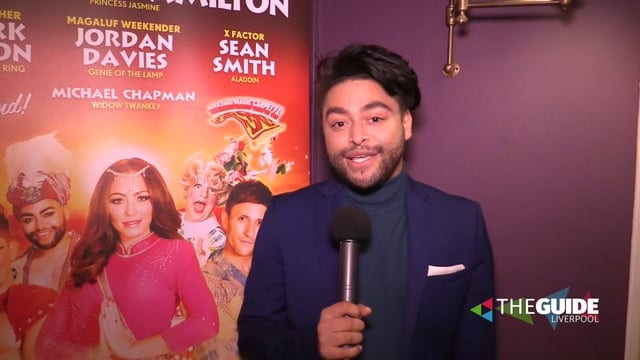 Liverpool fashion students could see their designs in the spotlight as LHK Productions has launched a competition to design a costume for its Christmas pantomime Aladdin!

LHK Productions recently revealed its star-studded cast for its 2016 Christmas pantomime Aladdin at The Epstein Theatre and now Liverpool based designers could be in with a chance to showcase their design skills and see them come to life on stage.

Producer Lee Kelly has announced plans for a competition that will run from Thursday 6th until Friday 21st October allowing designers from the city to get their creative juices flowing with a chance to see their design brought to life by the highly skilled costume department at LHK Productions.

The winning design will be worn on stage in The Epstein Theatre’s Christmas production Aladdin by Big Brother star Mark Byron who will play the Slave of the Ring.

Producer Lee Kelly says: “We really want to showcase the talent we have in the city which is why we decided to run this competition. Liverpool is known for style and we hope the entries we receive are big, bold and brilliant to reflect that!”

Merseyside’s Mark Byron will be on a power trip as the Slave of the Ring in the popular pantomime. This larger than life Liverpool lad rose to fame on Big Brother Power Trip in 2014 when the public fell in love with his lively personality, funny catchphrases and over the top reactions. Following the show, Mark has maintained a high profile appearing in national magazines, newspapers and regular appearances on Big Brother’s Bit on the Side.

Mark is looking forward to flaunting his flamboyant costumes on stage when he plays the Slave of the Ring! He said: “I’m known for my style and glamour so I’d definitely like my costume to mirror that – something glamorous but also fun. Although I’m playing the Slave of the Ring, I’d definitely like a touch of Arabian royalty! My favourite colours would be blue and silver and nothing with too much skin on show!”

The competition winner will dress Mark who was crowned Liverpool’s Most Stylish Scouser at the Juice FM Style Awards and will also receive two complimentary tickets to the official press night where they will rub shoulders with the stars before watching the pantomime. The winner will also be fully credited in the panto’s official programme.

The competition is open to people of all ages and abilities. All entries must be made by 5pm on Friday 28st October.

Or via TicketQuarter: Call 0844 8000 410, visit www.ticketquarter.co.uk or book in person at TicketQuarter, Queen Square, Liverpool.