Firefighters still at the scene at The Ivy Restaurant in Manchester - The Guide Liverpool
Contact Us Advertise with The Guide Our Video Services Follow us:

Firefighters still at the scene at The Ivy Restaurant in Manchester 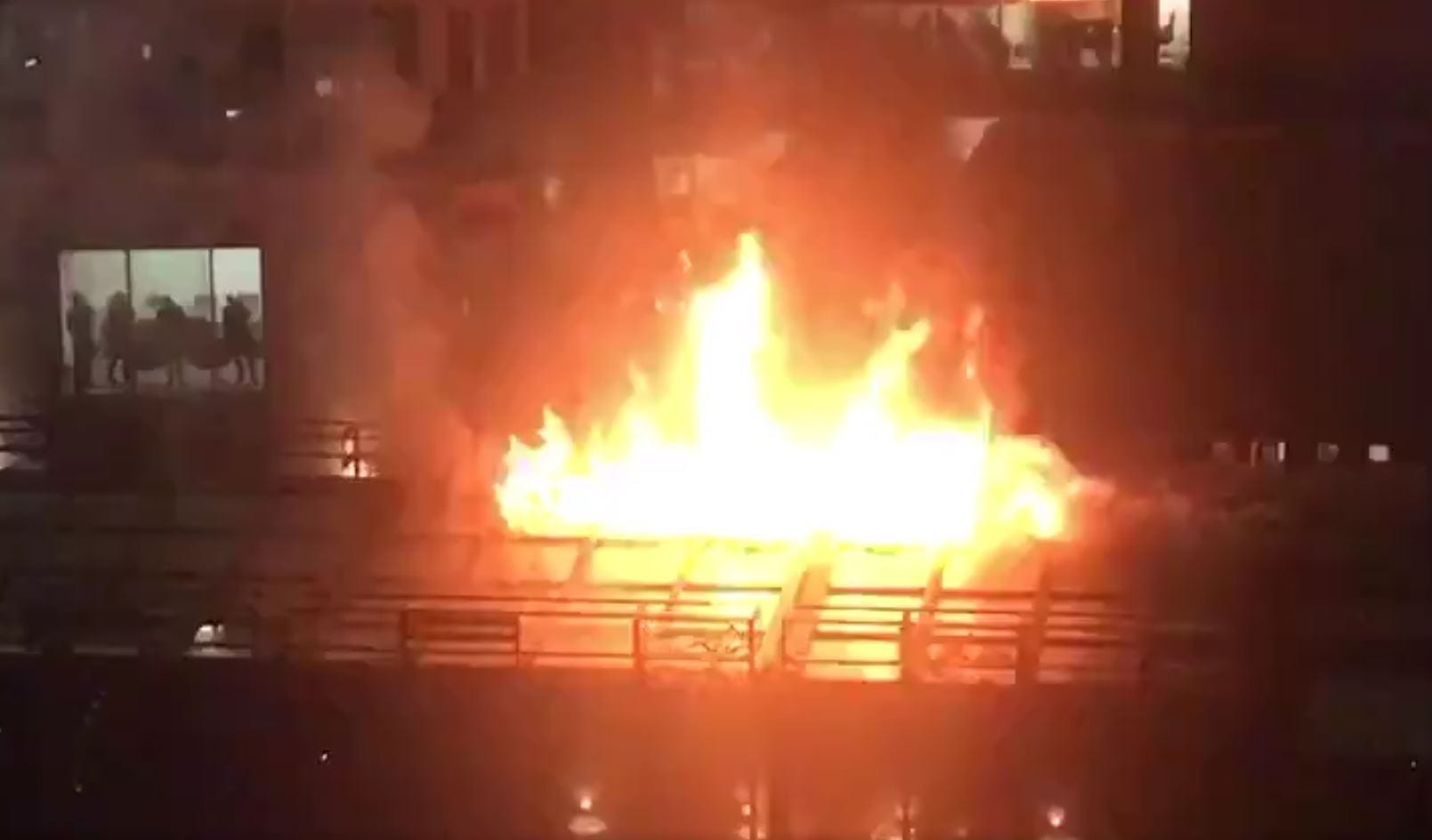 Fire crews have tackled a blaze at The Ivy restaurant in Manchester.

A spokesman for Greater Manchester Fire and Rescue Service (GMFRS) confirmed the fire had been put out, but “crews will remain at the scene”.

In a later statement, the GMFRS said that four fire engines from Manchester Central, Salford and Stretford were used to tackle the blaze and three crews will remain at the scene to dampen down.

The service also praised the “fantastic work” by its firefighters.

The GMFRS was called just before 5pm to a fire on the top floor of the three-storey building on Hardman Square.

Videos posted on social media earlier in the day showed flames coming from the roof of the restaurant, which opened in Spinningfields in the city centre at the end of November last year.

Road closures were put in place around the building and motorists were warned to avoid the area as fire crews worked to tackle the flames.

Oliver Batey posted a video on Twitter of the fire and wrote: “Oh dear… all isn’t well with the Ivy this evening. Could feel the heat from the office.”

According to the Ivy’s website, the top floor has a retractable roof and boasts “an abundance of planting, greenery and foliage, roaring fire pits and colourful fabrics”.

A spokesman for the restaurant told Manchester Evening News: “The fire was limited to part of the roof and the building was evacuated in a calm and timely manner.

“We are already working to repair the top floor damage, all other areas of the building are unaffected. We will make a statement in the next 24 hours with details of reopening.”