Fletcher's Sports Bar at Allerton Manor to host Bank Holiday football bonanza on giant outdoor screen - The Guide Liverpool
Contact Us Advertise with The Guide Our Video Services Follow us: 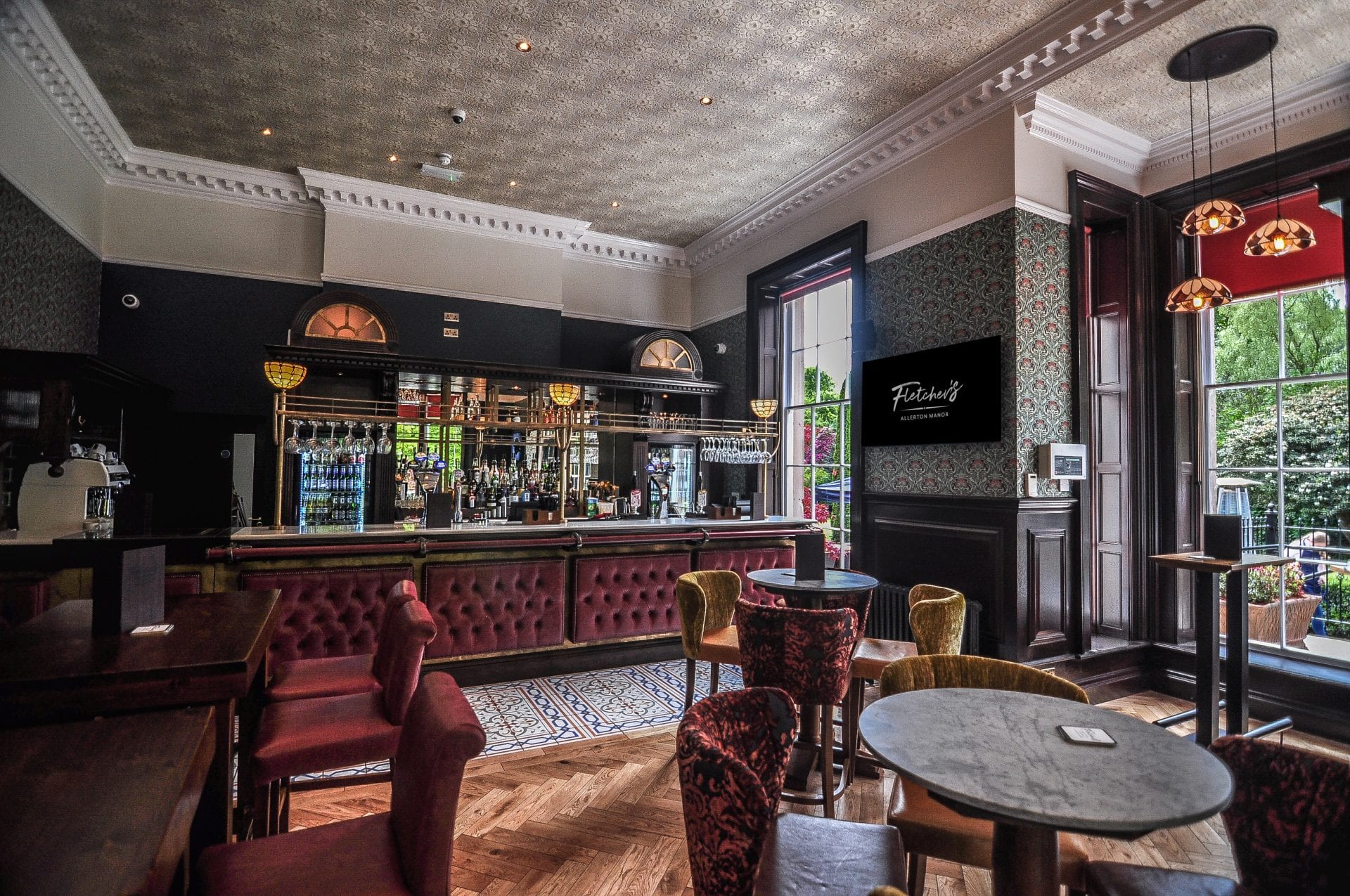 The sports bar, which is already home to an array of 4K HDR 65 inch screens, will erect a giant outdoor high definition screen to allow for every guest to have the perfect view of the widely anticipated football games. Shown on the huge 5x3m screen will be both home and away legs of Liverpool FC’s Champion’s League semi-final against FC Barcelona.

It will also showcase coverage of the Europa League semi-final on Thursday 2nd May, Everton vs Burnley on Friday 3rd May, Newcastle vs Liverpool on Saturday 4th May, as well as England vs Pakistan T20 cricket on Sunday 5th May.

MORE: First look inside the Old Stables at Allerton Manor after its makeover

BBQ food such as burgers, barbecued chicken and gourmet sausages will also be available, which is a permanent offering at the popular sports bar.

Guests are advised to arrive early to secure best spots and must be over 18.

Dave Roche, General Manager of Allerton Manor Golf Club, said: “We’re delighted to host South Liverpool’s largest fan zone across the Bank Holiday weekend. Some of the biggest games will be played for Liverpool and it’ll be great to welcome football fans to watch them on our humongous outdoor screen. The atmosphere will be incredible.”

External tables are available to reserve by calling the events team on 0151 428 7490 or by visiting the website here.