When writer, communicator and strategist, Alastair Campbell launched his previous book ‘Winners’ in 2016 at a prestigious lunchtime event, hosted by Downtown’s Frank McKenna at Hilton Hotel Liverpool city centre ahead of an Everton v Burnley game, he vowed that Liverpool firmly feature on any future book launch schedule.

Tony Blair’s former spokesman, press secretary and director of communications and strategy was hoping to add Liverpool to the launch schedule for his latest book ‘Living Better’ an honest, moving and life affirming account of his lifelong struggle with depression.

It is an autobiographical, psychological and psychiatric study which explores his own childhood, family and other relationships, and examines the impact of his professional and pollical life on himself and those around him.

But, it also lays bare his relentless quest to understand depression, not just through his own life but through different treatments.

“My favourite ever book launch was when Carolyn Hughes PR organised a memorable lunch for my previous book ‘Winners’ in Liverpool a few years ago. The audience were incredibly welcoming and extremely supportive of my struggles with my own mental health.

“Liverpool would have been top of my list on my launch schedule for ‘Living Better’ but sadly the current COVID-19 restrictions on large scale gatherings have rendered this impossible at the current time’.

MORE - 14 undercover outdoor places to eat & drink in Liverpool, even if it rains!

‘Living Better’ is filled with pain, but also hope – Alastair examines how his successes have been in part because of rather than despite his mental health problems – and love.  His partner of 40 years Fiona Millar, writes a moving afterword on how she too has learned to live with his depression.

Mental Health Awareness Week  takes place from 10th-16th May to highlight the plight of those who suffer this often debilitating condition.  It is estimated that 1 in 6 people in the past week experienced a common mental health problem and major depression is thought to be the second leading cause of disability worldwide.

‘Living Better’ is a call to arms and an extraordinary memoir in one compelling and inspiring narrative.  Stephen Fry commented “This book could save lives”! 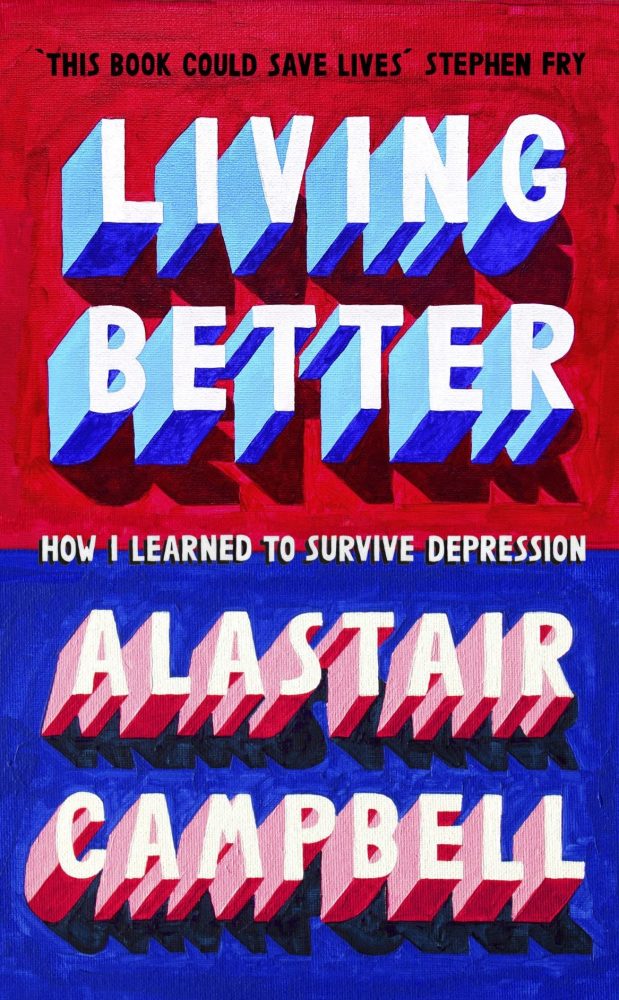 Alastair continued: “We all know someone with depression.  There is barely a family untouched by it.  We may be talking about it more than we did, back in the era of ‘boy’s don’t cry’ – they did you know – and when a brave face or a stiff upper lip or a best foot forward was seen as the only way to go.  But we still don’t talk about it enough.  There is still a stigma, and shame, and taboo.

“There is still the feeling that admitting to being sad or anxious makes us weak.  It took me years, decades even to get to this point, but I passionately believe that the reverse is true and that speaking honestly about our feelings and experiences (whether as a depressive or as the friend or relative of a depressive) is the first step on the road to recovery’.

Alastair, a former Mind Champion of the Year, is now an ambassador for several mental health charities and dedicates as much time as possible supporting organisations that highlight and support the plight of those who suffer.

On Wednesday 12th May from 7pm-8pm Alastair and his partner Fiona will be hosting a Q&A chaired by journalist and presenter Kay Burley discussing his book ‘Living Better’.

Alastair said “I know scousers are passionate people and wear their heart of their sleeves.  I promised Carolyn I would do another event in Liverpool with a future book and that is a promise I intend to keep as soon as restrictions allow.  Until then, it would be fantastic to have as many people from the North West as possible join us next Wednesday”.

On Wednesday 12th May from 7pm-8pm Alastair and his partner Fiona will be hosting a Q&A chaired by journalist and presenter Kay Burley discussing his book ‘Living Better’.

Tickets for the virtual event can be purchased from Blackwell’s here.