Free cashpoints ‘disappearing’ - Help us find them in Liverpool! - The Guide Liverpool
Contact Us Advertise with The Guide Our Video Services Follow us:

Free cashpoints ‘disappearing’ – Help us find them in Liverpool! 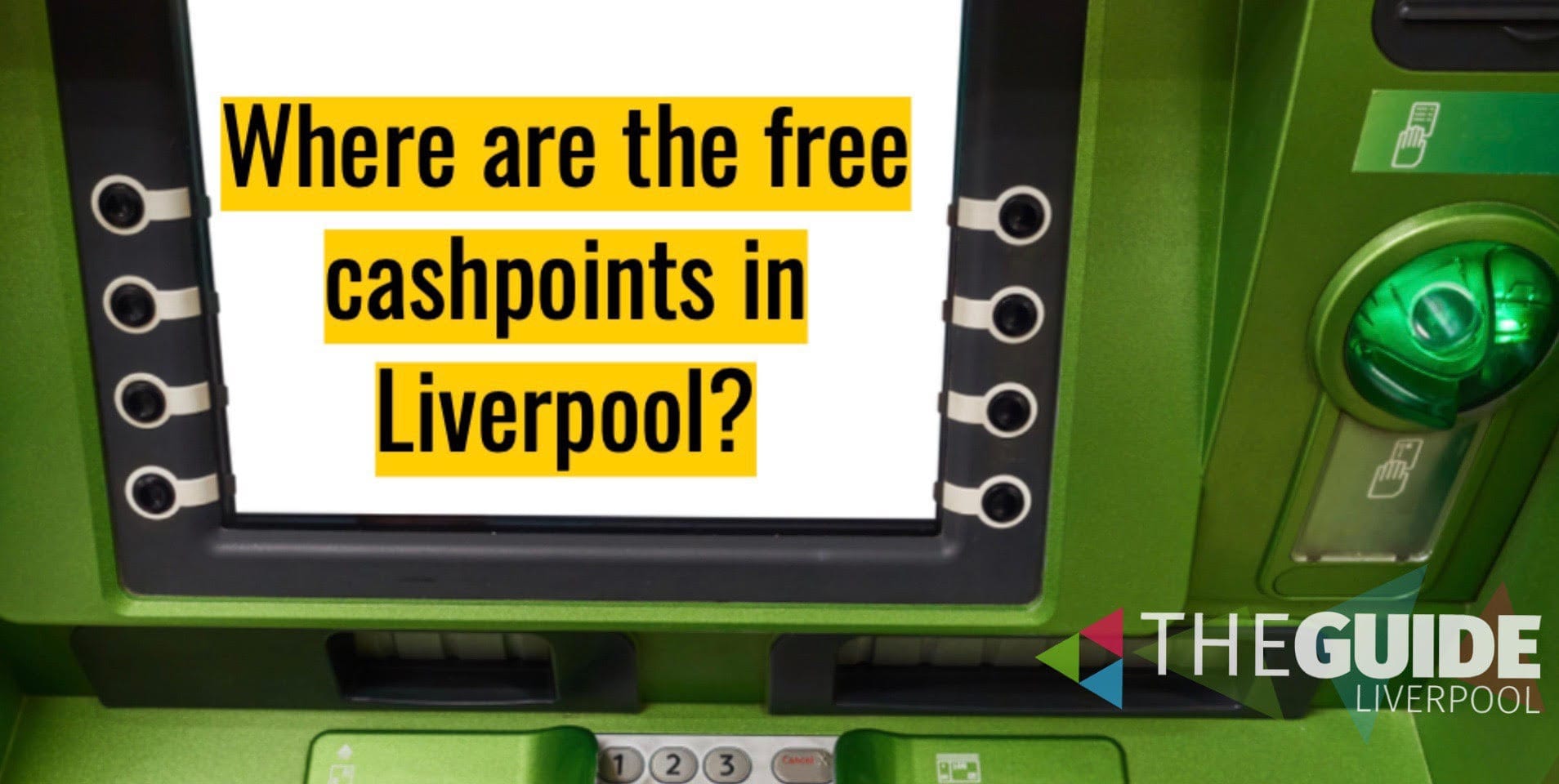 Researchers say cash continues to be king for a number of people but access to that cash is costing more and more. We want your help in finding the FREE cashpoints in Liverpool!

Access to free cash machines is declining in some of the most deprived communities, experts have warned. In Liverpool we have a lot of free to use ATM’s.

For instance in Liverpool City Centre Lloyds Bank on Church Street, Note Machine’s at Liverpool ONE and the ATM at Central Station are all free to use. But where else in and around the city can you find free cashpoints?

Research by the University of Bristol found “stark differences” in access to cash between different types of neighbourhoods in the city.

Bank branches and free cashpoints were concentrated in areas of economic activity, such as the affluent neighbourhood of Clifton.

On Whiteladies Road – known as the Golden Mile – 29% of cash machines were not owned by banks.

This compared to 89% of cashpoints in the more deprived area of Stapleton Road in Easton.

Two-thirds of the cash machines that began charging fees between October 2018 and March 2019 were within deprived neighbourhoods.

Dr Daniel Tischer, lecturer at the University of Bristol’s School of Management, said: “As part of our research, we regularly encountered people who found it difficult to access mainstream banking products.

“They do not use digital payments because they find it easier to manage their money in cash, and simply had a lack trust in digital banking. For these people, cash very much continues to be king.

“It’s important to understand the way in which access to cash is changing for the UK population.

“Much of the debate to date has focused on the overall number of ATMs or bank branches in the UK, without much understanding of the importance of geography – but where these ATMs are makes a big difference.

“While a future without cash may be almost inevitable, if the patterns found in Bristol are replicated nationally, it is likely that we’ll see a return to old geographies of financial exclusion, with deprived communities struggling most as cash becomes less common.”

The research found that a quarter of ATMs in Bristol have no alternative within 250 metres (820ft) in the event they close or malfunction.

Almost half of fee-charging cashpoints have no free alternative within 250 metres.

This could have negative impacts for those with mobility issues and risk creating “cash deserts”, the researchers warn.

She described it as “fundamental” to businesses such as taxi drivers or window cleaners.