From Hoylake to Hollywood, Daniel Craig honoured with star on the Walk Of Fame - The Guide Liverpool
Contact Us Advertise with The Guide Our Video Services Follow us:

From Hoylake to Hollywood, Daniel Craig honoured with star on the Walk Of Fame

Daniel Craig’s name has been added to the world famous tourist attraction.

Daniel Craig joked it would be an “absolute honour to be walked all over in Hollywood” as his Walk Of Fame star was unveiled. 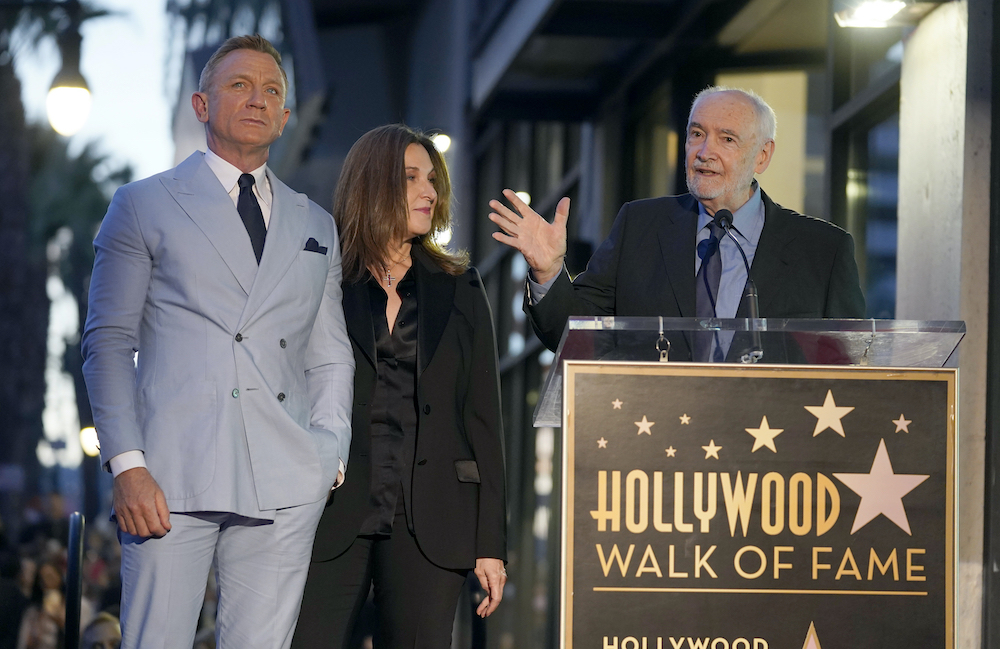 Michael G. Wilson, from right, speaks as Barbara Broccoli and Daniel Craig look on during a ceremony honoring Craig with a star on the Hollywood Walk of Fame on Wednesday, Oct. 6, 2021, in Los Angeles. (AP Photo/Chris Pizzello)

Craig’s star – the 2,704th – was unveiled at 7007 Hollywood Boulevard, a nod to the super spy’s famous nickname and only yards from that of Sir Roger Moore, who played Bond in seven films.

Daniel, 53, was introduced by franchise producers Michael G Wilson and Barbara Broccoli, as well as his No Time To Die co-star Rami Malek.

Before the cover was taken off his star, Craig, wearing a smart pale blue suit, said: “To Michael Wilson and Barbara Broccoli, I thank you from the depth of my heart. Without you I would not be here today, thank you for those lovely words. Thank you to Rami for those beautiful, beautiful words. 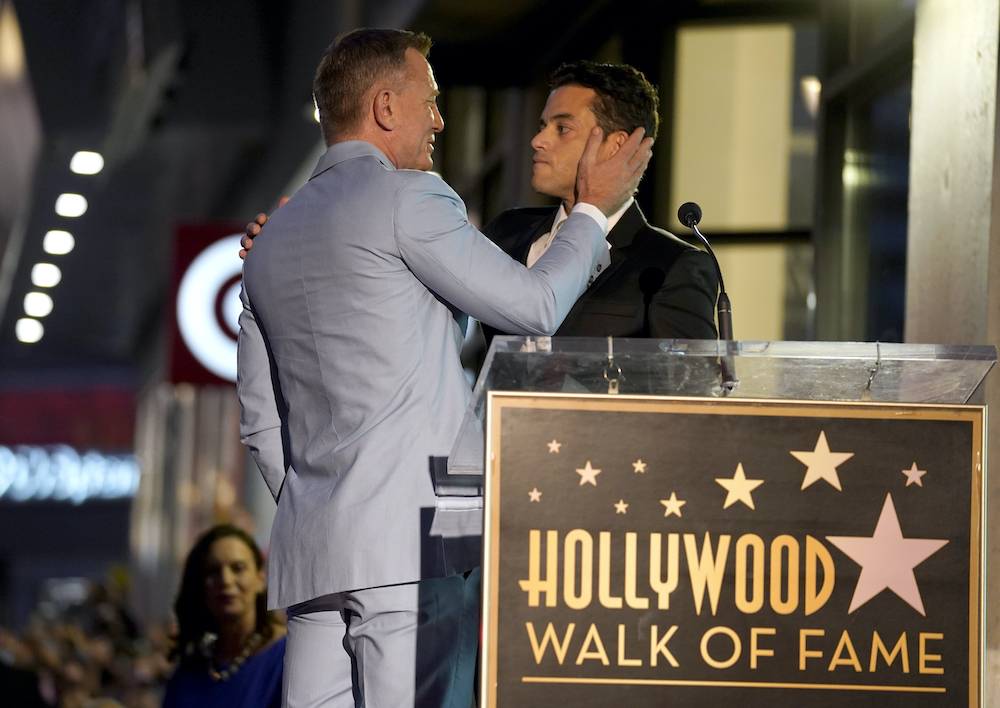 Rami Malek, right, and Daniel Craig embrace during a ceremony honoring Craig with a star on the Hollywood Walk of Fame on Wednesday, Oct. 6, 2021, in Los Angeles. (AP Photo/Chris Pizzello)

“I never thought I would hear myself say this, but it’s an absolute honour to be walked all over in Hollywood.”

Craig, whose final Bond movie No Time To Die has enjoyed a blistering opening at the box office, added: “If happiness was measured by the company we keep, then me being on this pavement surrounded by all of these legends makes me a very, very, very happy man. So thank you very much.”

Oscar-winner Malek stars as supervillain Safin in the critically acclaimed No Time To Die, which has been praised as a fitting end to Craig’s run as 007.

Speaking during the ceremony, Malek told of his delight at starring opposite Craig.

He said: “We all know he’s a superb actor, he’s dedicated, he can handle all his own stunts with one hand tied behind his back and the other holding a Negroni.

“But he’s as fastidious about his craft as he is about his empathy for everyone around him. 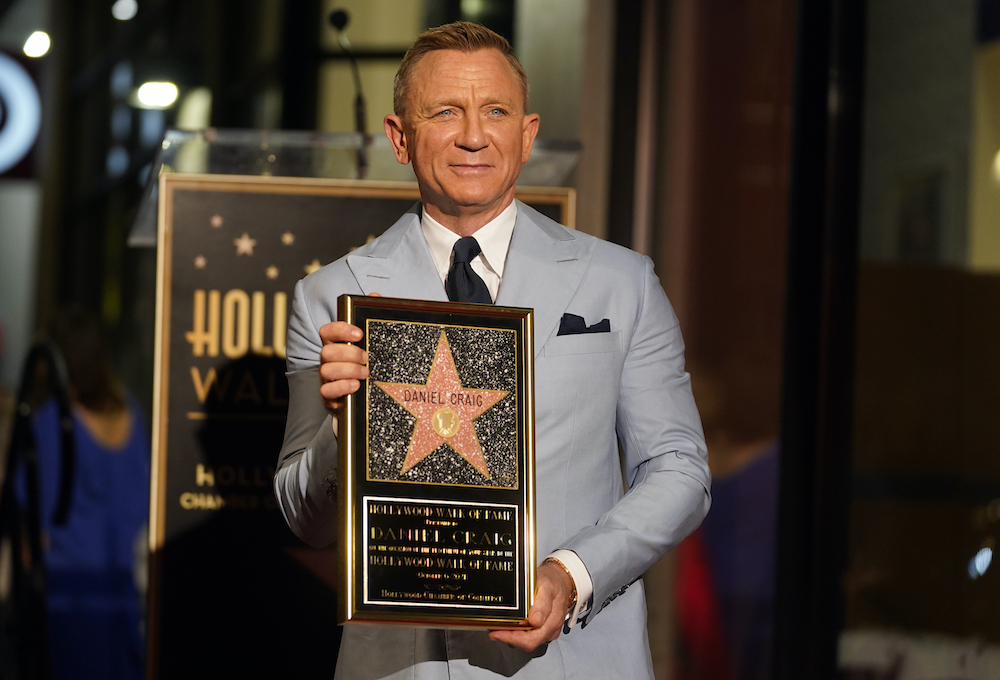 Daniel Craig poses with a replica of his new star on the Hollywood Walk of Fame during a ceremony in his honor on Wednesday, Oct. 6, 2021, in Los Angeles. (AP Photo/Chris Pizzello)

“He has this ability to hold these two potentially opposing things at the same time – an incredible amount of talent and responsibility and an incredible warmth and acute awareness of what those around him need.”

The first stars on the Hollywood Walk Of Fame were unveiled in 1958.

They cost 50,000 dollars (£37,000) apiece, the Hollywood Chamber of Commerce said, with the money used to pay for the creation and installation of each star as well as maintenance of the wider attraction.

Craig’s ceremony was attended by anti-vax protesters after Los Angeles passed one of the strictest vaccine mandates in the US.