Government set to back Tyred Campaign to ban old tyres on buses & coaches. - The Guide Liverpool
Contact Us Advertise with The Guide Our Video Services Follow us:

Government set to back Tyred Campaign to ban old tyres on buses & coaches. 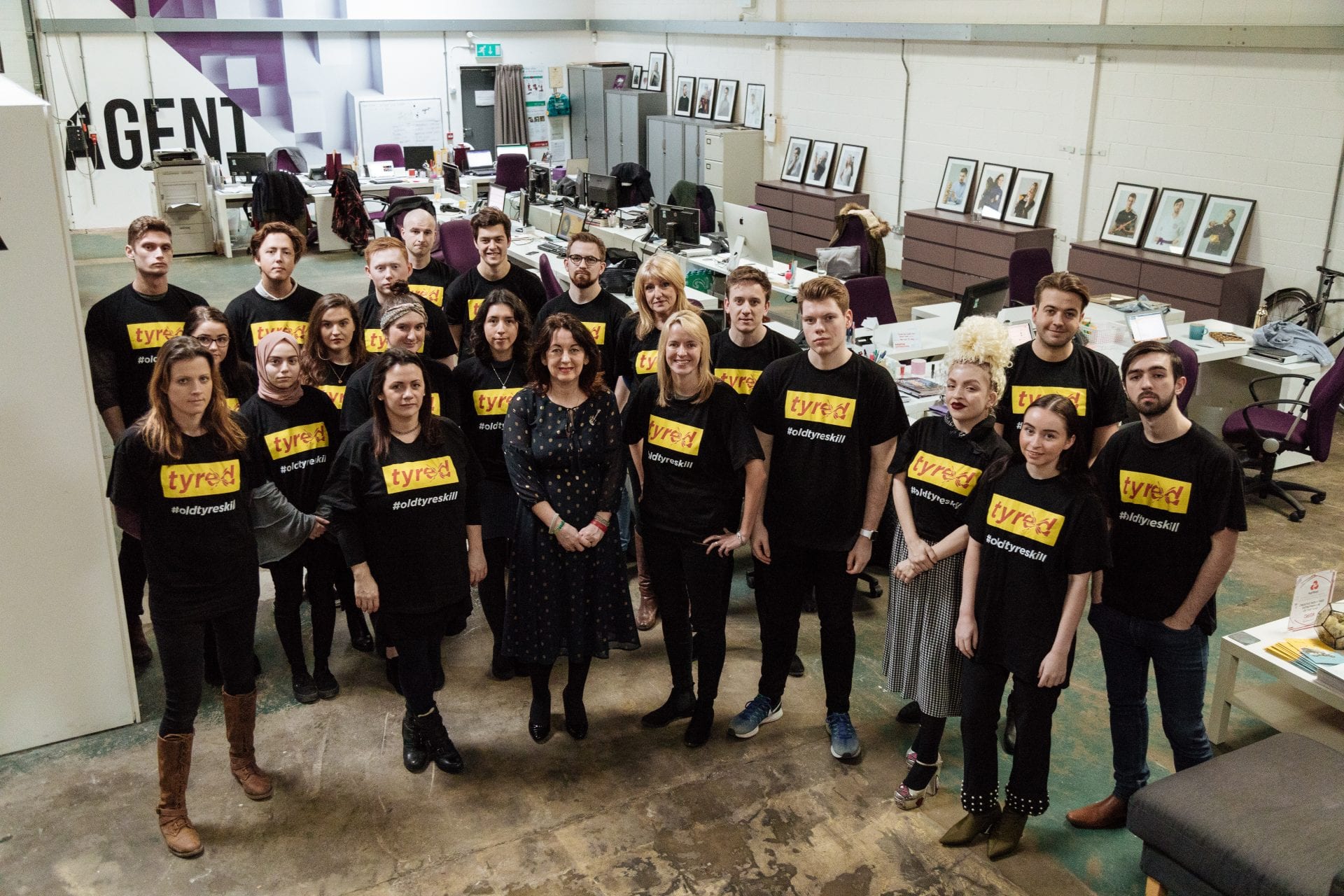 For more than six years, Frances Molloy has campaigned for changes in the law and today that aim has finally become a reality.

Liverpool mum Frances set up Tyred UK after an inquest revealed the crash which killed her son Michael was caused by the blowout of a 19-year-old tyre on the vehicle he was travelling in.

I have just taken a call from @Jesse_Norman and Chris Grayling to inform me that the Government are now starting a consultation to ban tyres older than 10yrs. I am ecstatic. @meaglemp @tyreduk we did it!!!

After seven attempts to get a second reading for a bill to stop the use of dangerously old tyres, she had once again faced rejection in the House of Commons in late 2018. Today, Tuesday 26th February 2019 the UK Government consulted on the ban.

This is what happened when we spoke to Frances ahead of todays news, to find out how her determination and the support of other has brought about this vital change in the law.

Setbacks are frustrating: “I didn’t expect this level of resistance,” admits Frances. “I didn’t envisage such opposition to something that, to almost everyone, makes perfect sense.

“But it will happen… it has to happen.”

Frances launched the Tyred campaign, calling for it to be made illegal for a coach or bus to use tyres more than 10 years old.

And it’s something she’ll never stop fighting for: “What if it happens again?

“I could never turn a blind eye because I couldn’t bear anyone else to go through what I have, to feel the pain and terror that I do every day.”

Michael, 18, was on his way back from Bestival music festival on the Isle of Wight when the coach in which he was travelling had a blow out, causing it to veer off the road and into a tree. Michael was killed, along with two others, Kerry Ogden, 23, and Colin Daulby, 63.

When told he’d died Frances desperately clawed her fingernails down the police officer’s cheeks, leaving scars that are there even now: “I just didn’t want to hear the news that he had to give me.”

BREAKING NEWS: This is a momentous moment for our campaign as the Government looks to ban old tyres on buses & coaches in the UK. Thank you so much @Jesse_Norman! We couldn’t be prouder to know that the law is being changed in honour of Michael, Kerry and Colin x https://t.co/FxgnQBBddk

Frances often faces periods when the grief is too hard to bear.

But she focuses on her two other sons, Joe, 28, and Liam, 23, who need her more than ever – ‘There are times when I’ve Googled the best ways to die but I would never do it because I couldn’t put Joe and Liam through that’.

And on getting justice for Michael, whom she still kisses goodnight and tells him she loves him: “I know it’s a wooden box with his ashes in, but even if I go up to bed to read and fall asleep without telling him, I have to go back down and do it.”

It was this powerful love which inspired Frances to launch the Tyred Campaign in June 2017. Public support has been overwhelming, and the campaign is supported by Liverpool Metro Mayor Steve Rotheram and MP Maria Eagle. Its goal is to make it illegal for buses and coaches to use tyres more than 10 years old.

Seven attempts to get a second reading for the private member’s bill that would further a change in the law have been rejected by the Government. But Frances and her strong core team of volunteers remain relentless in pushing forward.

Frances says: “Each tyre has a DOT code which gives the year of manufacture and I don’t see why that can’t be checked as part of the MOT. It would make the unbelievable practice of using one set of tyres for that safety test and then swapping them less likely, because it would highlight if a company was using the same set of tyres on more than one vehicle. And it wouldn’t even cost anything to implement this measure.

“The tyre which blew on Michael’s coach was nineteen and a half years old.  Why on earth was it allowed?”

Not surprisingly the campaign has taken its toll on Frances. “It’s hard,” she says. “I have to talk about losing Michael and yet try to keep my composure, and face rejection again and again.

“After hitting barriers, I come away upset and thinking how unbelievable it is, but I’m not letting it go. I am encouraged by all the support, and I want to change something that is so wrong.

“People tell me how strong I am. But I don’t feel I am. Regardless of how I look, that’s not what’s going on inside. I am grieving and I will grieve for the rest of my life.

“But I gain strength because people believe in what we are doing. Joe worries about the impact this is having on me and he worries about how much I can take. At the end of the day I am his mum, but I’m Michael’s mum too and that’s powerful. I won’t give up. To give up would be saying it was okay that he was killed.  And it wasn’t.”

As to whether a change in the law will bring her peace, Frances isn’t sure. “Until I get to the next stage, I won’t know.  I will be able to say that Michael’s death won’t have been in vain and that there’s been a level of justice.

“I will know that I’ve done as much as I can and perhaps changed the outcome for someone else. I will know I have done the right thing. To lose Michael was devastating. To know it didn’t need to happen is torture.  I will do everything I can to save other people, other mums, from having to go through that.”

You can’t help but be inspired by Fran’s determination and drive and we’re sending our congratulations to all the team behind the Tyred campaign from all of us at The Guide Liverpool.