Granby Street Market thanks Liverpool for incredible response after fire

Organiser Theresa MacDermott says she is heartened by the fantastic response from supporters who have pledged more than £12,000 to Granby Street Market in just a few days.

Volunteers set up a crowdfunder with a target of £30,000 to replace equipment lost in a fire at the beginning of the month.

And it is already near the halfway mark.

Theresa who helps run the popular city market with husband Joe Farrag, says:, says: “In one way I’m completely surprised, and amazed, by people’s generosity. I didn’t expect the numbers to go up quite so quickly.”

And yet she adds: “In another way, I’m not surprised at all.

“What has been incredible in the community is the support. We have had people putting £1,000 in, and hundreds of people putting a fiver in, and that means so much. That’s why we do it. 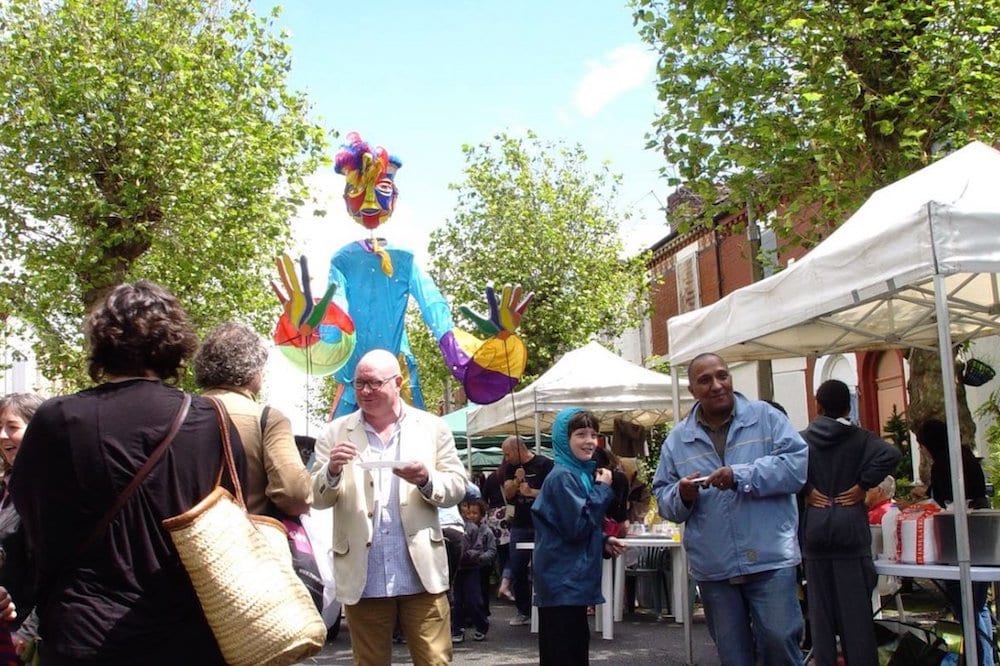 “And we want to replace the equipment so that we are ready to come back when we are able to.

“It’s been a difficult year, and now we need people’s help more than ever.

“Granby Street Market is more than a market, it’s where people meet friends and socialise.”

Everyone involved in the market was stunned when a blaze on September 2 destroyed nearly all of the market equipment; the gazebos, tables, chairs and, even, the sound equipment used for the monthly event.

To replace everything is going to cost just short of £30,000 and any donations will help to go towards that.

Theresa, a community development manager, says: “The equipment was stored in containers on derelict land on Ducie Street and someone started a fire between them.

“The heat inside the containers was intense and the equipment didn’t get burnt, but most of it melted. A neighbour called round to tell us about the fire and my husband Joe went down to have a look and told me what had happened.

“I was on my way to a meeting at work and went past, and I saw all these melted things, mangled metal.

“My first reaction was ‘that’s it’, that the market was over. We have had to keep closed during the quarantine period and it’s not easy to start something like this again, when you need volunteers who are healthy and okay to do it. In fact, to put the necessary measures in place, we will need more volunteers than ever. 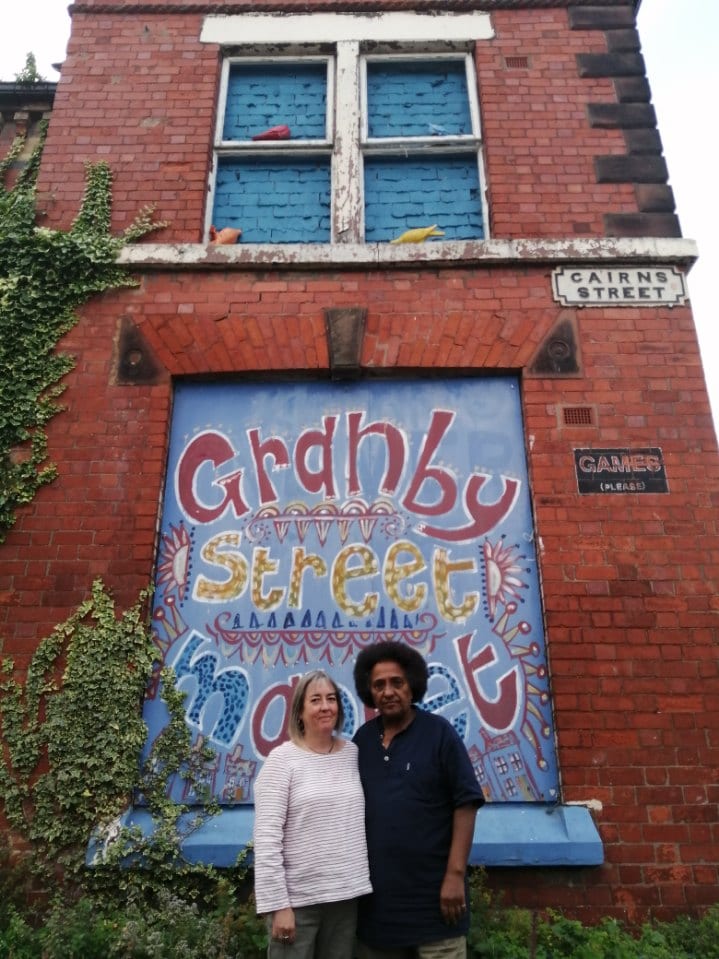 “We were trying to plan for a big comeback, a big Christmas Market, depending on infections. When we saw the equipment after the fire, we wondered whether it was the end. I felt devastated.”

Any thoughts of an end were abandoned though Theresa realised it would take ‘lots of energy to start this up again’.

Although Theresa adds that what will be important now too will be to find somewhere to store the equipment which is safe and secure – and can be insured.

She says any money raised above the £30,000 would possibly be used to go towards that, providing supporters agreed and this would be explained on the GoFundMe site to make that clear if – and before – it happens.

Granby Street Market opened in 2010 with a handful of tables outside residents’ houses on Cairns Street, and now fills the Princes Avenue end of Granby Street on the first Saturday of each month with up to 85 traders selling foods, art, jewellery, bric-a-brac, crafts, tools and almost anything else you can imagine.

It’s a place you can get your bike fixed, grab a bite to eat, listen to music, watch live performances, listen to poetry and so much more.

It rents pitches to stallholders at affordable rates so local people can try out their ideas – ‘people test the water at the market and there are a few people running businesses who first sold stuff at the market and so it works’. Artists sell their work and, adds Theresa: “We have people who supplement their pensions selling bric-a-brac they no longer want or need.”

“When we started the market, we were living in derelict streets and it was a way of saying, we are here, we exist.

“And we are still here. The market’s a place for friends to meet and catch-up as well. Somewhere for communities – old and new – to get together.

“Everyone has said how much they’ve missed it during the lockdown months and can’t wait till we can start up again.

“We had one man once who came from Spain after reading about us, and someone from Lancashire (Bolton or Bury) came when they were looking to set up a market and she said it was completely different from any others she had seen.

“That it wasn’t just the real mix of people’s backgrounds, the racial and ethnic mix, but the degree of interaction of all those people that made it special.

“There’s a strong sense of community, people come because all their friends and neighbours are there.

“That’s what it’s about – that’s what we want to be sure we can bring back. It’s why we’ve set such an ambitious goal.

“We want to get the equipment back as quickly as possible for the traders, the community and the future of the market.”

You can donate to the Go Fund Me page here.