GUEST BLOG: Liverpool, Slavery and the world’s most famous Lane - The Guide Liverpool
Contact Us Advertise with The Guide Our Video Services Follow us:

GUEST BLOG: Liverpool, Slavery and the world’s most famous Lane

It’s impossible to talk about anything Liverpool has produced without talking about the Mersey.

Liverpudlians owe everything to our river. Liverpool would become one of the wealthiest cities in the world due to transatlantic trade at our port, but years before that in 1207 we would be a borough built of seven streets called Liuerpul, coming from the Mersey inland.

Port cities around the world are known for being a melting pot of cultures due to the mix of nationalities coming into the city, Liverpool has been no different – a cultural centre with a fierce sense of community.

You can go back to the 1840s when ships full of Irish migrants travelled along the Mersey to find refuge and would settle here during the “Great Famine” – shaping Liverpool forever. Then through the 50s, it’s thought that kids would hear rock and roll coming from the American ships before it was popularised around the rest of the UK. It’s no surprise that Bill Harry would found a magazine called “The Merseybeat” in 1960 popularising all of the Liverpool Beat Bands – the movement was named after the river. 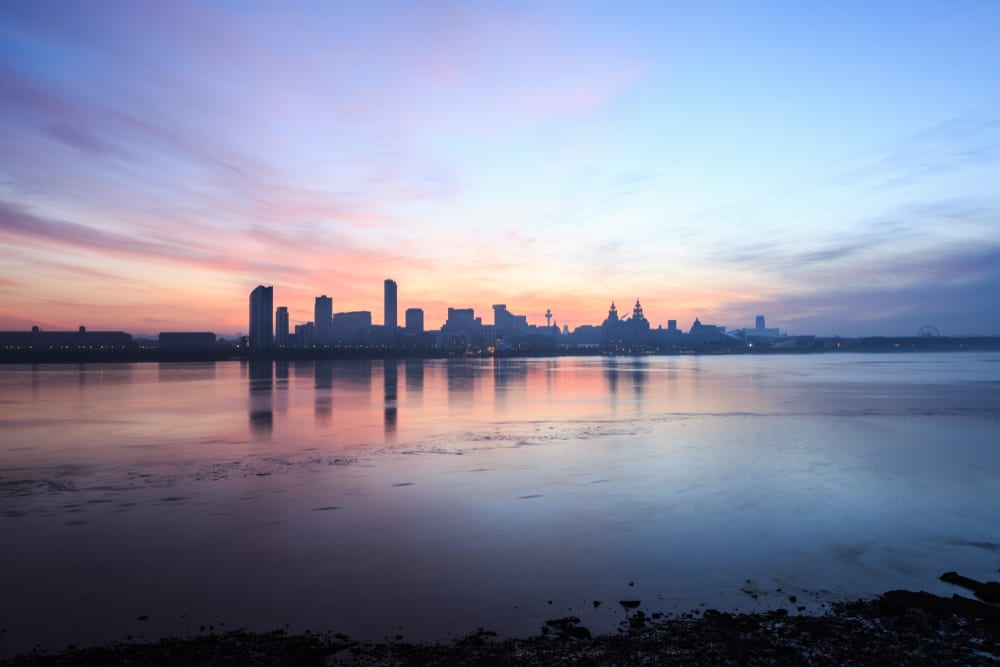 The world wouldn’t be the same if it wasn’t for the River Mersey, our industries started here, our wealth, our culture and even our music. The Mersey would also make us a greater target during World War II, changing the direction of Liverpool’s future.

But the Mersey, as great as it is, was nothing more but an opportunity for the wealthy. They harboured their boats and amassed their wealth through what we would now consider the most evil of trades.

Liverpool’s wealth grew through what was called the “Triangular Trade” – ships would be loaded with cotton, iron, alcohol, tobacco, silk and wool. They would arrive in Africa and the goods would be traded for ivory, gold and enslaved people. The ships would then set sail to America and the West Indies where the enslaved would be sold and then the ships would make their way back to Liverpool. Our city was an essential component of human trade and it’s impossible to deny our role in it.

The wealth that Liverpool possessed was shown clearly through the buildings that started springing up. Behind closed doors, great abolitionists like William Roscoe and William Rathbone fought hard to have the trade of humans abolished, which would come to pass in the UK in 1807.

Liverpool would become known to many as the second city in the British Empire, transatlantic trade would mean that Liverpool would be extremely wealthy, industrious, populated and attractive for work. At least twenty-five of the period’s lord mayors were involved in the trade of humans be that through their ships or trade. Many of them have been immortalised in the likes of Tarleton, Cunliffe and Gildart streets.

There are more references to our past in the roof of our town hall, behind the town hall in Exchange Flags, Bold Street (named after enslaved trader Jonas Bold) and Rope Walks, quite literally where they measured the ropes for the ships used to enslave. This is just a handful of references in the city centre, but there are many more.

In the suburbs, we have similar, most famous is a lane made world famous in 1967 when Paul McCartney wrote a song about his daily bus journey and called it ‘Penny Lane’.

For many years we have been led to believe that The Beatles classic was named after a man called James Penny. Penny was a ship owner and anti-abolitionist, not born in Liverpool but moved here to work. He was known for his cruelty to the enslaved but even though this was largely known, he was still chosen to defend the trade of humans to the government. The fatality rate for the enslaved on his ships was one in twelve.

In 2006 there was a prominent campaign in Liverpool to remove the names of anyone involved in the trade from Liverpool streets led by Councillor Barbara Mace. these included Tarleton Street, Manestys Lane, Clarence Street, Rodney Street and Exchange Flags. The campaign drew to a halt once it was suggested that Penny Lane may have been named after James Penny. This led to much debate between councillors, historians, scholars, the media and the public with many saying that it would be “whitewashing” history to change the names of the streets, for many, it was specifically about Penny Lane and the impact that would have on our modern history and tourism industry too. 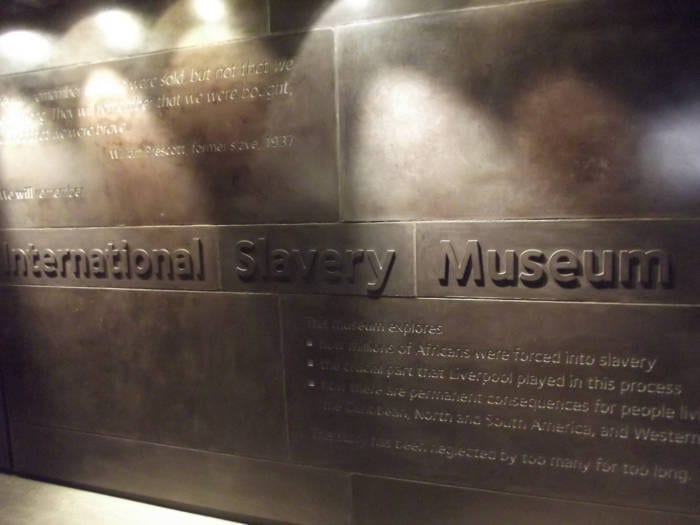 The International Slavery Museum was opened in 2007 and most people agreed that the best way forward for Liverpool was to educate people about the past evils of the empire, institutional and systemic racism and the part that Liverpool has played in this story.

As the years have continued, tour guides and historians have been careful when taking tourists and students to Penny Lane to mention the campaign and how we educate people about our part in the slave trade in our International Slavery Museum. What many people don’t know, is that there seems to be no solid proof that Penny Lane was actually named after James Penny.

Before the pandemic, I visited Penny Lane regularly and I have had the pleasure to take thousands of people with me over the years. I start every tour at the beginning of our cities story – The Mersey and our rise to wealth through transatlantic trade. However, it is rare that I even mention James Penny when I am on Penny Lane. I’m not trying to “whitewash” history, it’s because in 2018 I spoke Julie Gornell who works in the Penny Lane Development Trust, and she mentioned about the research that was ongoing into the origin of Penny Lane and its name.

Going away and embarking upon some initial research myself, it’s true. There seems to be nothing proving it was named after him (or that it wasn’t named after him either) it’s a popular and common assumption and understandably so – James Penny was a wealthy Liverpool ship owner in Liverpool and it would certainly make sense that the lane was named after him, but we don’t know how, when or by who. Glen Huntley has taken it upon himself to write a blog on the subject and keeps updating it with research, please read it here.

Penny Lane doesn’t stand as a memorial to a man who traded enslaved humans, the people who visit Penny Lane every year are there to celebrate The Beatles and see one of the world’s most famous lanes. Paul McCartney when he sat down to write the song would likely have been unaware of James Penny. The Penny Lane song isn’t even referring to the lane at all but is referring to ‘Smithdown Place’ – an area known as the Penny Lane area for many generations thanks to the Buses and Trams heading to the shelter at the top of the lane.

While we all continue to research and learn, it is important to remember Liverpool’s role in the trade of the enslaved and that we continue to educate ourselves, our children and tourists who come to this city about our past. But we also need to be aware that it isn’t enough, we need to continue fighting against racism, much like the abolitionists in this city who have gone before us. In Liverpool, we have The Anthony Walker Foundation who are working within our communities to fight racism and we have local historian and tour guide Laurence Westgaph who has set up a fund to erect a permanent memorial to the enslaved who lived, died and were buried in Liverpool. More info here.

By Dale Roberts who works at the forefront of Beatles Tourism for Cavern City Tours, looking after their digital marketing and tour of The Cavern Club and Mathew Street. In 2017 Dale helped develop and design the only Hop-On-Hop-Off City&Beatles Tour in Liverpool alongside the team at Liverpool City Sights, as well as bringing the first and only multilingual tour to Liverpool. By 2018 Dale was shortlisted for 4 different awards including Regional Tourism Star of The Year. Dale is currently the youngest Beatles Tour Guide in Liverpool on The Magical Mystery Tour.