Have family fun at these 16 events on for the kids in 2020 - The Guide Liverpool
Contact Us Advertise with The Guide Our Video Services Follow us:

Really? There’s no need for anyone to be stuck for ideas this year because there’s loads of fab events and stuff going on across Merseyside in 2020 – and you can even book now to guarantee shedloads of family fun.

Just have a look at this lot… 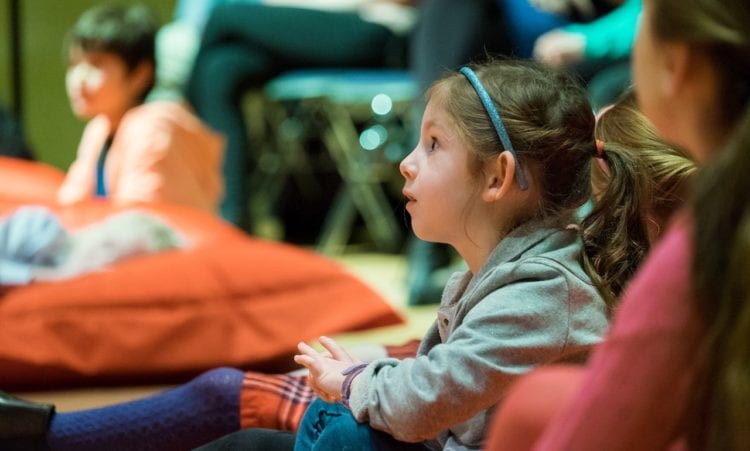 Have you ever wondered what goes on backstage at the Royal Liverpool Philharmonic or what the dressing rooms are like, or been curious about the workings of the UK’s oldest continuing professional symphony orchestra? Have you wanted to learn more about the heritage of our glorious Art Deco building?

With the Experience Tour on February 2 (11am) you can get all the answers. You’ll experience what it’s like to play an instrument centre-stage, hold the conductor’s baton and enjoy a live demonstration by a Royal Liverpool Philharmonic Orchestra musician. Tours last about 90 minutes and are suitable for children aged 5+.

Tickets are £8 for children, £12 for adults and children under 18 months are free.  Book here. 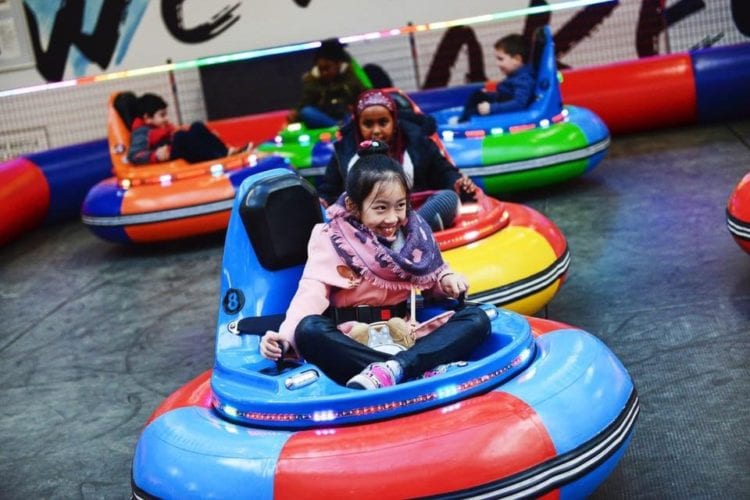 Awesome! The world’s biggest inflatable theme park is on its way to Liverpool for the first time ever from February 21-23. Based at the Exhibition Centre it will have assault courses, UFO-shaped bumper cars, huge slides and play zones.

There are bookable two hour play sessions for two to 14 years olds, and to make sure everyone gets as much fun it’s got everything from a toddler play zone and a Minions course to a gigantic Ninja Warrior assault course where kids can race and bounce through the blockades and rollers, scale ladders and finish with the ultimate slide finale. 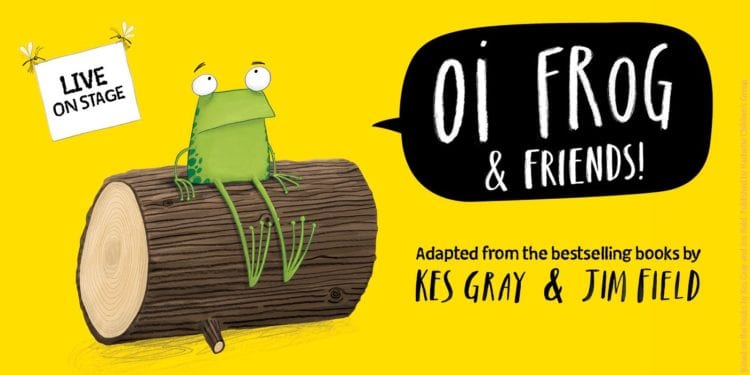 It’s a new day at Sittingbottom school and Frog is looking for a place to sit, but Cat has other ideas and Dog is doing as he’s told. Little do any of them know that chaos is coming…Who knew there were so many rhyming rules and what will happen when Frog is in charge?

Join them all at a new action-packed stage adaptation of Kes Gray and Jim Field’s bestselling series of picture books, at the Playhouse Liverpool from February 26-29. Expect songs, puppets, laughs and more rhymes than you can shake a stick at. 55 minutes of fun for ages 3+ (no interval).

MORE - Liverpool 2020: Here are 11 things that will shape our city this year 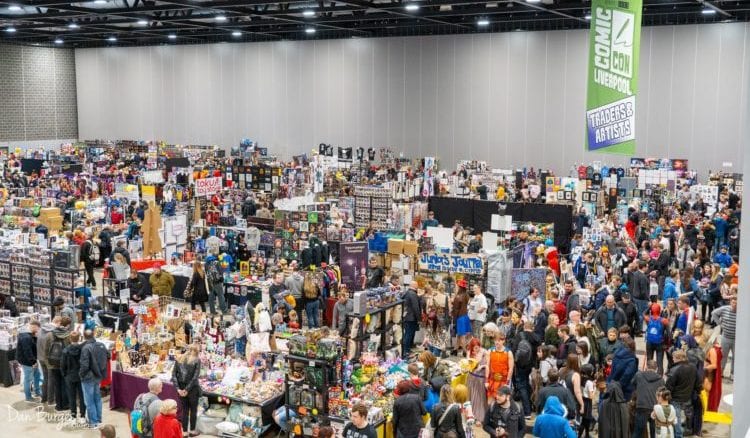 Holy cow kids there’s some great events coming to Merseyside this year and just look at another fantastic event arriving at the Exhibition Centre – Liverpool Comic Con, there from March 6-8.

High profile guests you’ll get the chance to see from the world of fantasy and sci-fi, and all your comic books heroes, include Elijah Wood (Lord of the Rings); James Cosmo (Game of Thrones), Jason David Frank (Power Rangers), and Stanislav Ivanevski (Harry Potter). Plus loads more and others yet to be announced.

Prices start at £5.50 with under-fives going in free. Book here.

The King and I 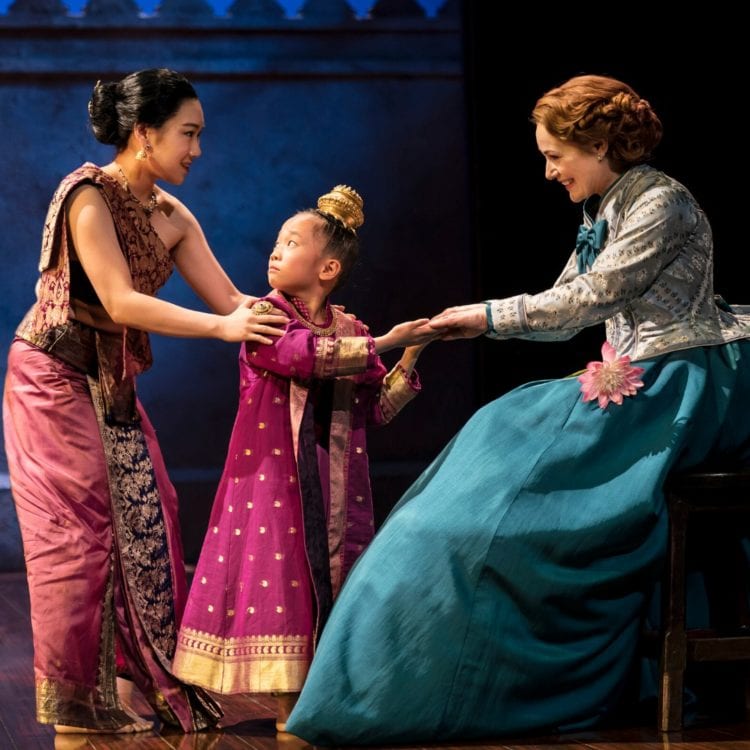 Rodgers and Hammerstein’s The King And I is embarking on a World Tour direct from its record-breaking sold-out season at The London Palladium and it’s at the Empire Theatre Liverpool from March 10-21. Set in 1860s Bangkok, it tells the story of the unconventional and tempestuous relationship that develops between the King of Siam and Anna, the British schoolteacher the King brings to Siam to teach his wives and children. 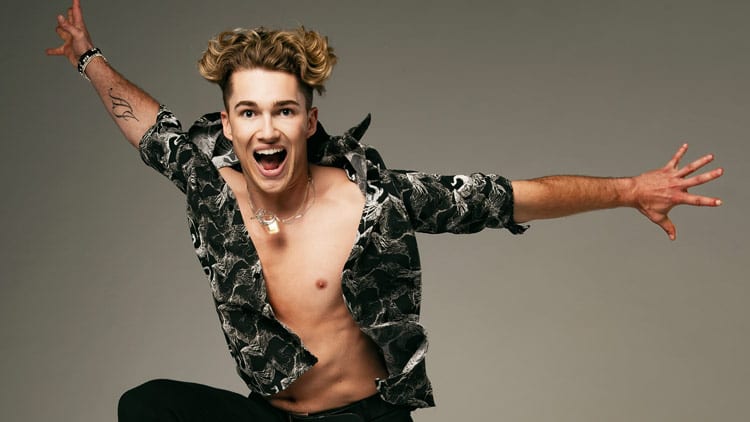 Strictly favourite and semi-finalist AJ Pritchard is back on the road with a show he says will combine the best moments from Strictly intertwined with new energy-packed routines to entertain the family, as well as his pick of the best new dance talent in the UK.

AJ is at The Auditorium at Liverpool M&S Bank Arena on March 13. 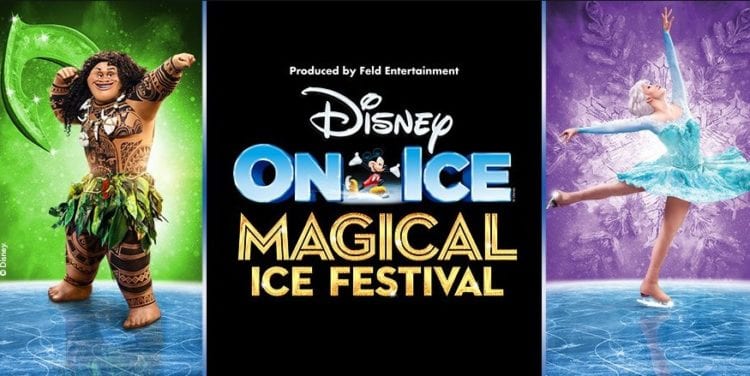 Who doesn’t love a bit of Disney – and this includes all your favourites like Anna and Elsa from Frozen, The Little Mermaid’s Sebastian and the beautiful heroine, Rapunzel. See fearless wayfinder Moana and the greatest demigod that ever lived, Maui, go on an action-packed voyage to return the stolen heart of Te Fiti, joined by Anna and Elsa, and snowman Olaf;  Dive “Under The Sea” with a show-stopping performance from Sebastian and get tangled up with sassy and spirited Rapunzel from Disney’s Tangled.

MORE - Liverpool gets set for a year of reading in 2020 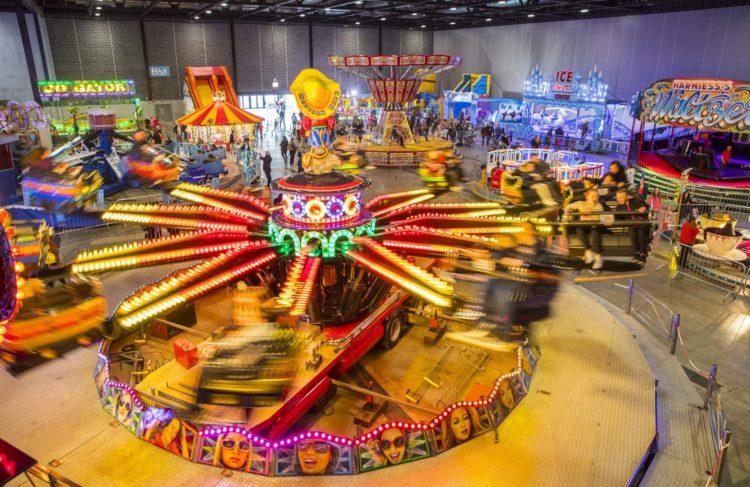 The Liverpool Indoor Funfair is returning to the city’s Exhibition Centre for the Easter holidays, April 3-13.

Get ready for all the thrills, spills, laughter and fun of the fair, with more than 20 attractions for all of the family to enjoy. There’s the dodgems, a funhouse, a ghost train, an inflatable play centre and more. You can also expect prize games galore and the ever-popular nutella donuts will be on sale. The entry fee of £10 gets the rider unlimted goes on all attractions for three hours. For those not wanting to ride, there’s a spectator fee of £2.50, under 2s are free.

BUT book early and you can get wristbands from £8. Book here. 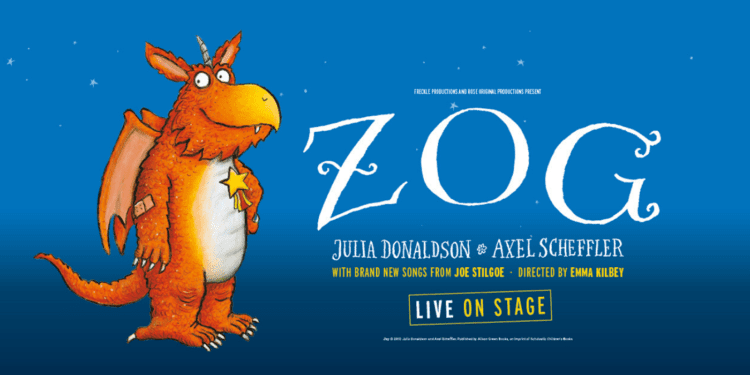 The smash-hit stage adaptation from Freckle Productions is back in 2020 and roars its way into the Liverpool Playhouse from April 8-11. Large in size, and keen in nature, Zog (created by Julia Donaldson and Axel Scheffler)is eager to win a golden star at Madam Dragon’s school, where dragons learn all the things that dragons need to know.  He tries very hard, perhaps too hard, and bumps, burns and roars his way through years one, two and three.  Luckily, the plucky Princess Pearl patches him up ready to face his biggest challenge yet…a duel with knight, Sir Gadabout the Great! 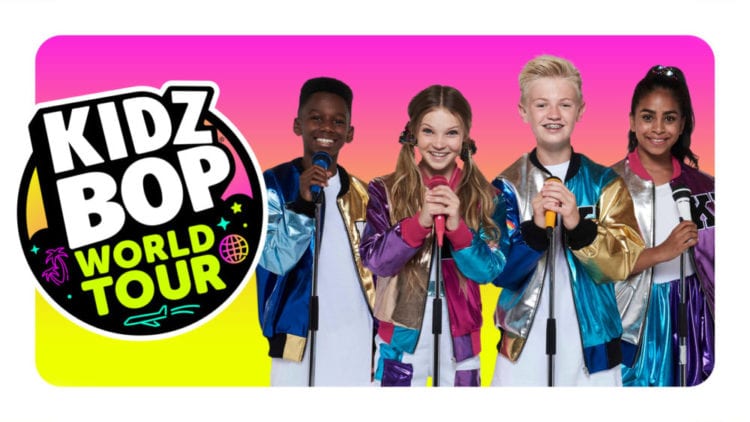 The KIDZ BOP Kids will perform some of today’s biggest global pop hits live on stage at the Empire Theatre Liverpool on April 10. The all-new show features great sets, costumes, exciting choreography, and tons of cool surprises! Dads even have the chance to show off their best dance moves on stage during the “Daddy Dance Off”. They reckon it’s the ultimate family-friendly concert experience. 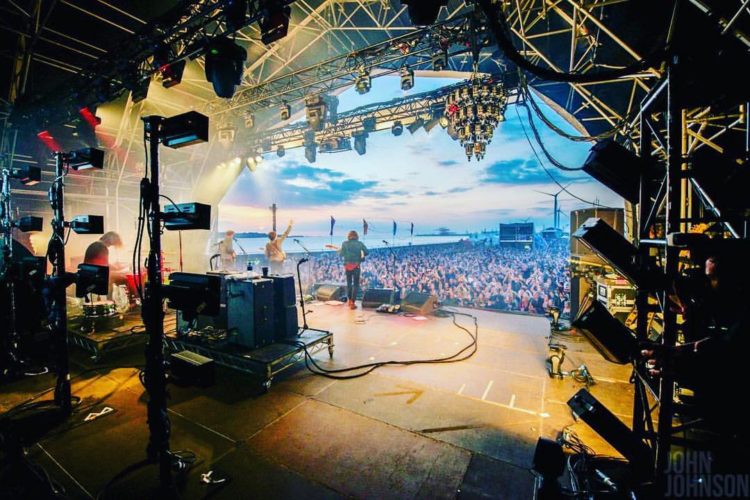 Capturing the sounds of the city, the 3-day independent music festival returns to the Baltic Triangle from May 1-3 with established names performing alongside local, national and international emerging talent. Acts already announced include Pale Waves, The Blinders, Tim Burgess, The Mysterines, The Lathums and more. 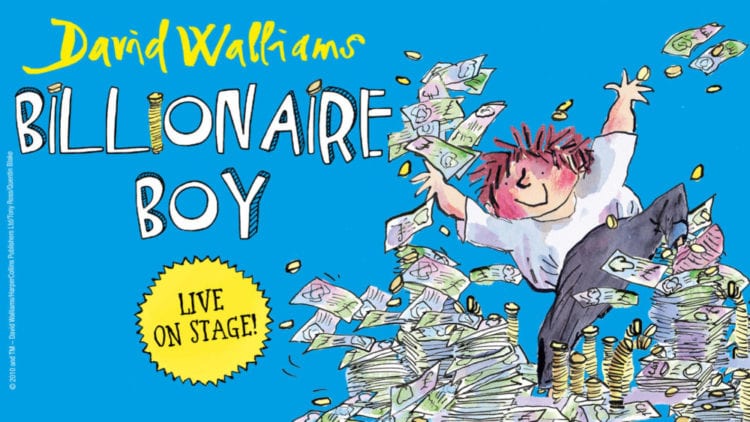 David Walliams’ great tale gets told on stage at the Empire Theatre Liverpool from May 27-31. Joe Spud is 12 years old and the richest boy in the country. He has his own sports car, two crocodiles as pets and £100,000 a week pocket money! But what Joe doesn’t have is a friend. So he decides to leave his posh school and start at the local comp. But things don’t go as planned for Joe and life becomes a rollercoaster as he tries to find what money can’t buy! 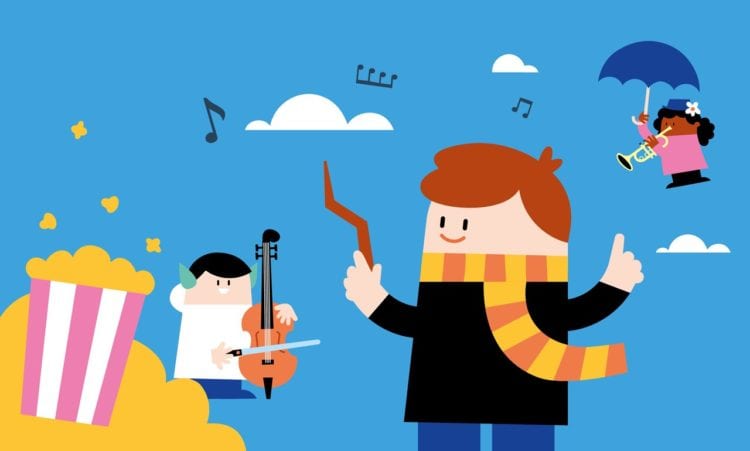 Nick Davies conducts and Alasdair Malloy presents as the Royal Liverpool Philharmonic Orchestra brings music from the best loved films of all time on June 21! From Star Wars to Harry Potter, Mary Poppins to Frozen, they’ll treat you to your favourite family film music from Hollywood to Liverpool – they might even get you to sing along.

There’ll be film characters for you to meet in the foyer and children are invited to have a go on a variety of instruments at its Instrument Petting Zoo in the Grand Foyer – available half an hour before the start of the concert.

Tickets for children under 18 months are free, children start from £8 and adults from £12. Book here. 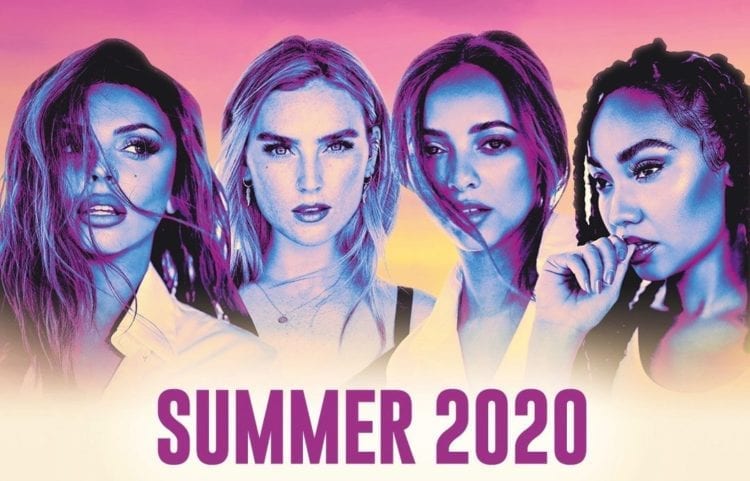 Give a shout out to the girls who are arriving at St Helens RFC Stadium on June 27. It’s a chance to see Perrie Edwards, Jesy Nelson, Leigh Anne Pinnock and Jade Thirlwall, who have established themselves as one of the world’s biggest girl bands, having sold more than 50 million records worldwide since winning the X Factor in 2011. Hits include Shout Out To My Ex, Cannonball, Wings, Woman Like Me, Bounce Back and too many more to mention.

Not recommended for under-fives, tickets start around £60. Book here. 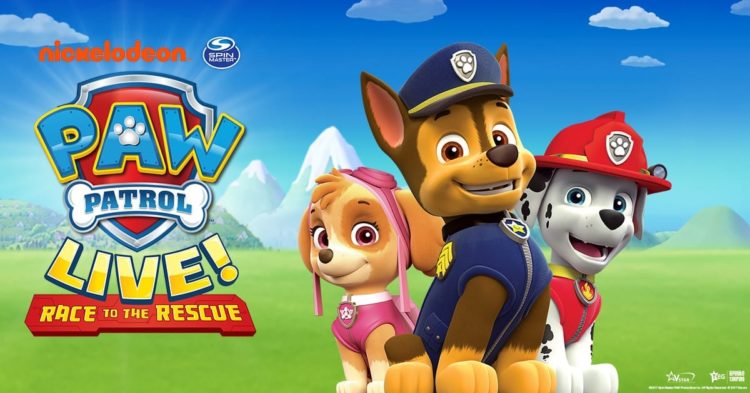 Everyone’s favourite canine heroes are ready to race to the rescue yet again in their latest UK stage show, coming to M&S Bank Arena Liverpool on from August 26-27.

It’s the day of the Great Adventure Bay Race between Adventure Bay’s Mayor Goodway and Foggy Bottom’s Mayor Humdinger, but Mayor Goodway is nowhere to be found so PAW Patrol to the rescue. Ryder summons Marshall, Chase, Skye, Rubble, Rocky, Zuma and Everest to rescue Mayor Goodway and run the race in her place. ‘No job is too big, no pup is too small’, PAW Patrol shares lessons for all ages about citizenship, social skills, teamwork and problem-solving. 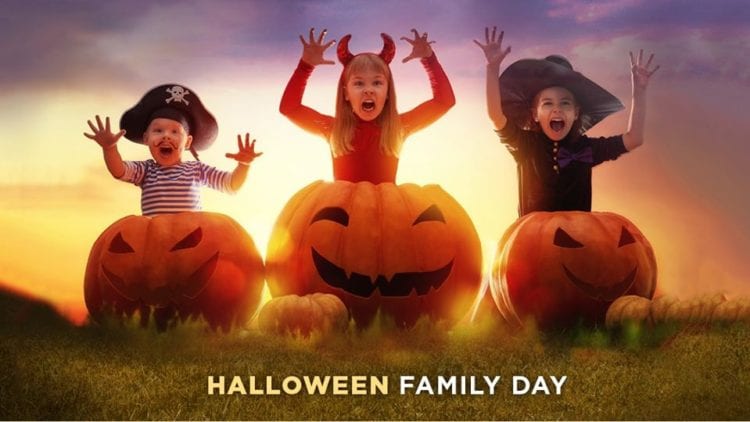 Join The Jockey Club Aintree for an afternoon of quality racing and family fun at its Halloween Family Raceday. There’ll be an action-packed day of sporting action highlighted by the feature race, the Old Roan Chase and, away from the track, there will be a variety of children’s activities and entertainment. The event will be held on October 25 with tickets available soon, do get ready for starter’s orders!