Here's why you can't miss Bon Jovi live at Anfield this June - The Guide Liverpool
Contact Us Advertise with The Guide Our Video Services Follow us: 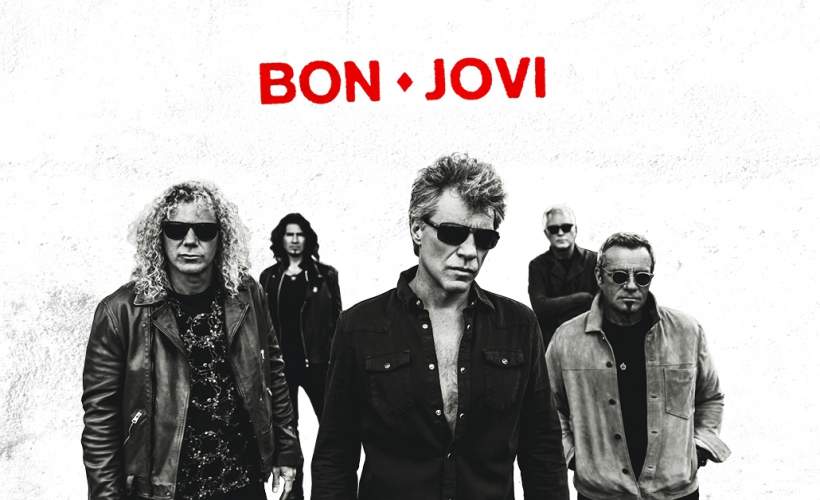 For the first time in over 10 years there’s going to be a packed programme of world class rock and pop at Anfield this summer.

Everyone’s favourite man-band Take That join pop-princess Pink in a star-studded line up that will see Anfield Road rock like never before. And if that wasn’t enough global rock royalty will be descending on the stadium in the form of New Jersey rock God’s Bon Jovi who are bringing their red hot ‘This House Is Not For Sale Tour’ right here to the home of the Reds.

If you remember the smash hits You Give Love a Bad Name and It’s My Life you’re ‘Half Way There (Living On A Prayer!). It’s time to stock up on Insette and bring your leathers out of retirement for a full-on rock fest as the band bang out some of their most loved classics.

Famed for their high-energy performances the guys always put on an amazing show. Expect some killer moves from heartthrob Jon and the gang as they grind, groove and gyrate their way through a packed playlist covering the best of their signature tracks which have sold over 100 million copies across the globe.

Jon’s love affair with Liverpool is well documented. A big mate of Sir Paul’s, he has long since credited The Beatles as his biggest inspiration and now holidays with Mr McCartney every summer. Although he won’t be drawn on football he knows Klopp is a big fan and said he can’t wait to be back in the city and touch the Anfield sign so expect a lot of love for this honoury Scouser.

Some try but few succeed.  Bon Jovi are cast iron, hands-down world class rock Gods. Inducted into the UK Music Hall of Fame in 2006 and US Rock and Roll Hall of Fame in 2018, their 13 studio, 5 compilation and 3 live albums have clocked up over 100 million sales making them one of the top selling rock bands of all time

We don’t use the word heart throb lightly here but Jon bon Jovi has been setting hearts a flutter for over 30 years. Born John Francis Bongiovi on 2nd March 1962 he was named by People Magazine as one of the 20 ‘Most Beautiful People In The World’ and voted Sexiest Rock Star by VH1 in 1996. He may have donned many a bedroom wall but he has been happily married to Dorothea Hurley since 1989 – which just makes us love him more!

This Ain’t A Love Song

Along with their banging rock anthems the much-loved rockers will be serenading you with a selection of their finest love songs. If you have loved them ‘Always’ no doubt there will be a few tears when the guys get all moody and romantic with some of their all-time mushy masterpieces.

And if all that east coast rock wasn’t enough our very own west coast wonders will be belting out a selection of their indie-rock classics for a full-on Welsh warm-up that definitely won’t disappoint.

If your days in the mosh pit are long gone, why not watch the concert in style with one of the many hospitality packages on offer. Enjoy all the action from your premium seat and soak up the pre and post-concert atmosphere in luxury LFC style. See what hospitality options are available here.

To book your tickets to see Bon Jovi live at Anfield on Wednesday 19 June head to the Anfield website here.