Here's why you should rediscover Hope Street, Liverpool - The Guide Liverpool
Contact Us Advertise with The Guide Our Video Services Follow us:

Here’s why you should rediscover Hope Street, Liverpool

If you’re looking to spend time in one of the most beautiful parts of Liverpool then there aren’t many, if any, finer than the Georgian Quarter and Hope Street in particular.

In fact, not only Liverpool, it was voted the Best Street in Britain only a few years ago.

With its elegant Georgian architecture and ‘when I win the Lottery’ houses, Hope Street is definitely a reminder of a bygone era, which is one of the reasons why film crews love it so much. 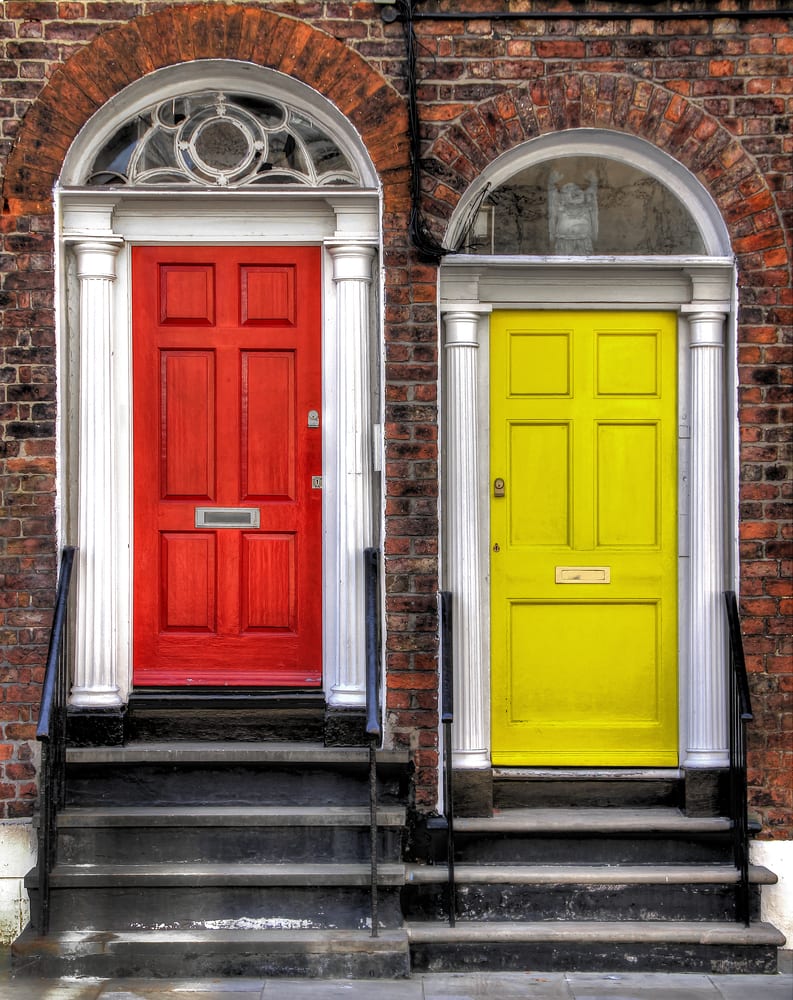 But even though it’s not lost its original historical features – the facades, the cobbles and the old street lights – it’s not stuck in the past. It’s also one of the busiest, most vibrant parts of Liverpool, full of restaurants, bars, coffee shops, theatres and just lots interesting things to see.

Most of us are spending more time in the city from this summer as we get used to life after lockdown, so it’s a perfect chance to explore areas or revisit some old favourites. Just remember to have your phone charged and handy because everywhere is pic-worthy!

MORE - The reasons why you need to rediscover Castle Street Liverpool

Two stunning cathedrals – one and a spare! 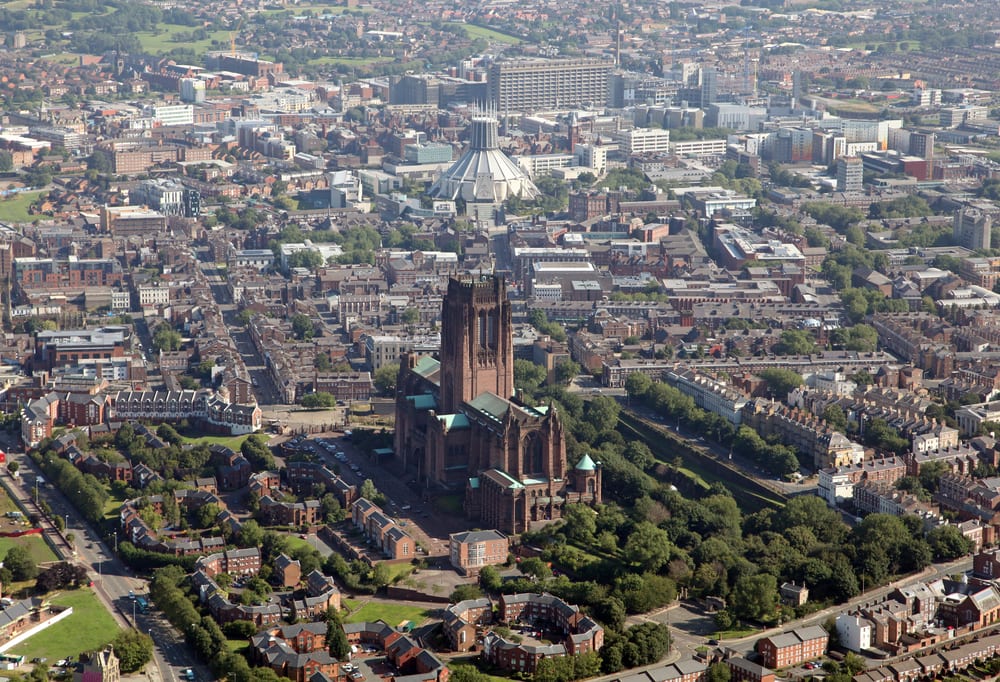 At the Upper Duke Street end, there’s the magnificent Grade I listed Liverpool Cathedral, the largest cathedral in the UK and fifth largest in the world. It’s now reopen to visitors and, if you’ve never been inside it’s sandstone and stained glass walls, then you really should – it’s awe-inspiring – and there are works by contemporary artists like Tracey Emin to see too. At the Mount Pleasant end of Hope Street the Metropolitan Cathedral, aka Paddy’s Wigwam, with its central stained glass tower is another striking skyline landmark. Britain’s largest Catholic Cathedral, it’s got ‘Good To Go Status’ from Visit England so it’s back open every day.

It’s a fine place to dine 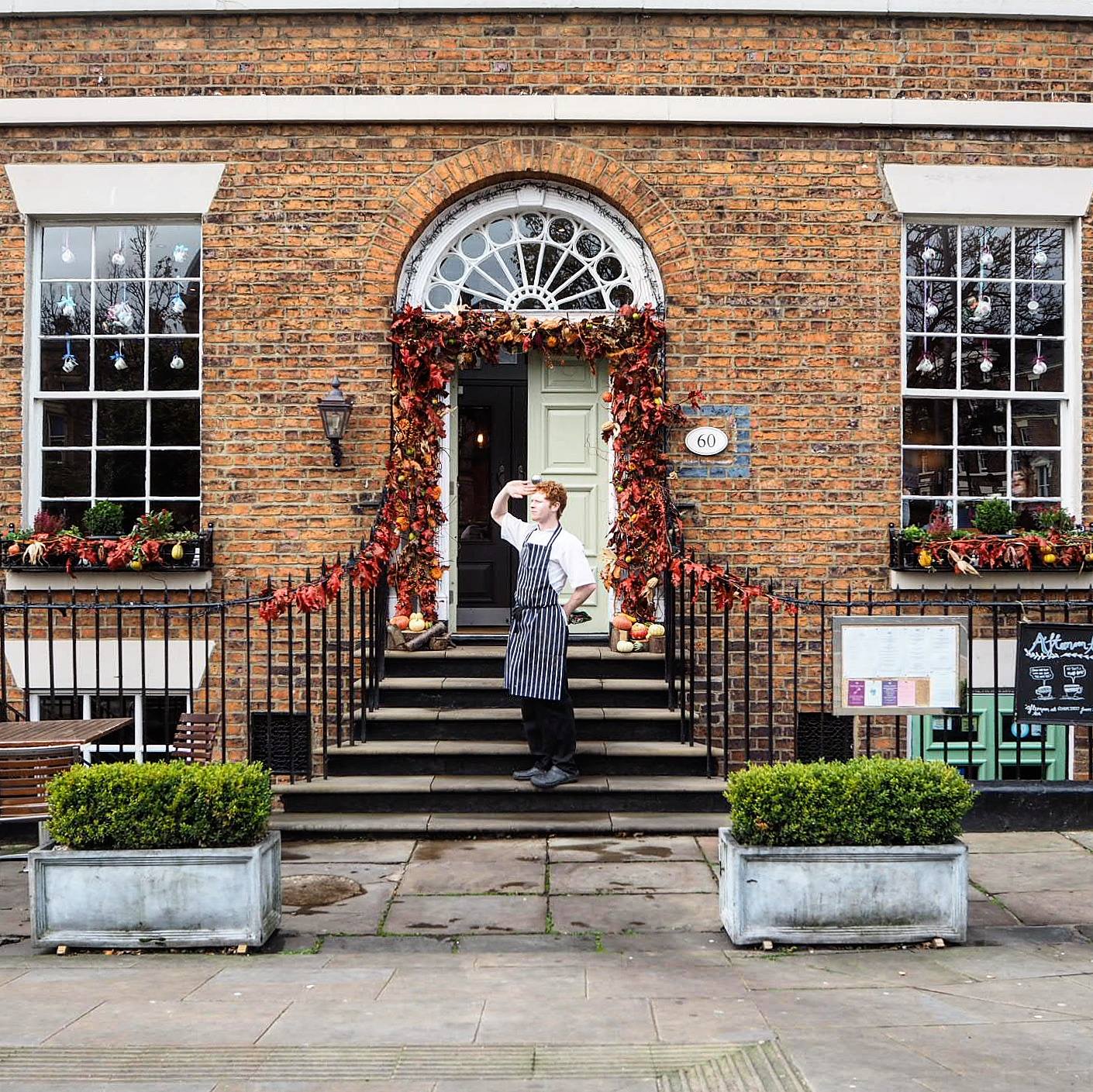 Three of Liverpool’s most highly-rated fine dining restaurants are here – two on Hope Street: 60 Hope Street and the London Carriage Works, and one just off it, The Art School. All three are a real foodie treat and could punch their weight with any Michelin-starred restaurant.

But it’s got casual covered too 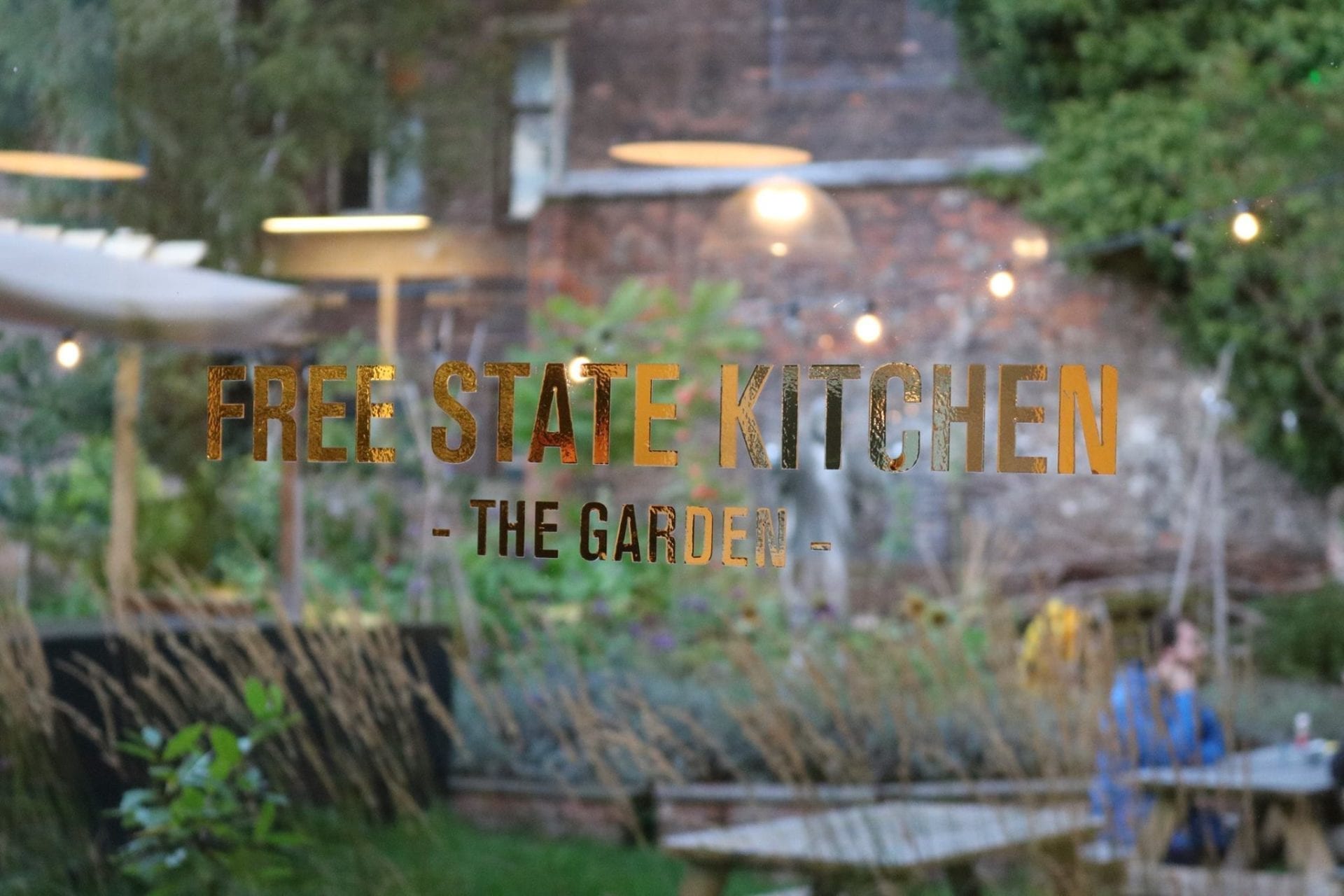 Hope Street isn’t just about posh dining, it’s also the perfect place to go for a relaxed lunch, dinner or Sunday roast – especially if you fancy sitting outside when the weather’s nice. Papillon public house on the corner with Falkner Street has a prime spot to soak up the sun on the Toxteth Riviera and Frederik’s, next door to the Philharmonic Pub, is a winner for small plates, pizza, and disco weekends with DJ John Dean … plus, as well as outdoor seating, it’s got the fire inside when things get chilly. Over the street, Pen Factory is about to reopen at the end of August with new and improved garden seating. Free State Kitchen has the perfect spot for outside eats and just next door you will find the brilliant Death Row Diner.

And gin … so much gin 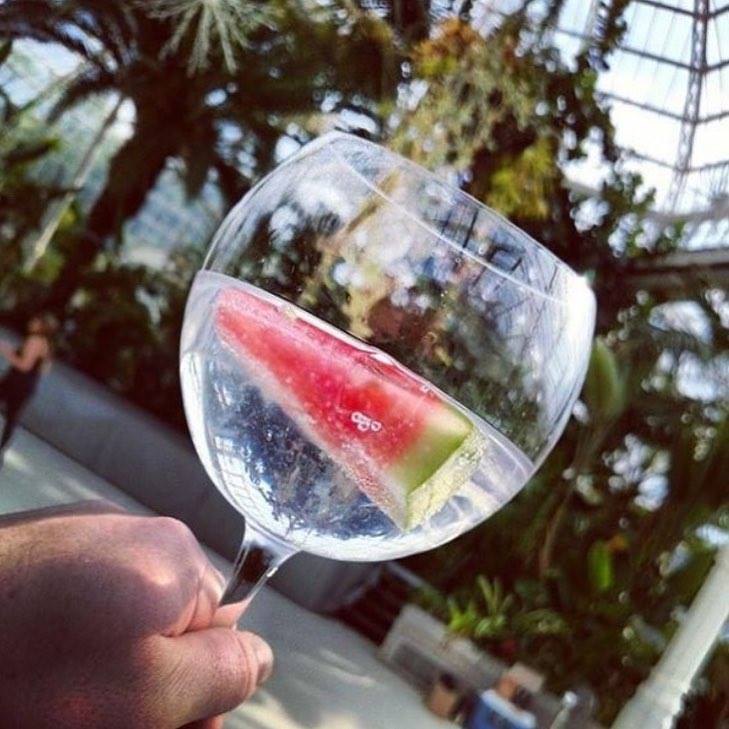 Gin lovers will really love Jenever, Hope Street’s lovely little gin bar set in corner a Georgian townhouse at 29a. Less definitely isn’t more here – it’s got over 100 different varieties to choose from as well as cocktails and beers so everyone’s happy. Currently open Fri-Sun, you can still book in for tastings any time.

Breakfasts are pretty amazing too 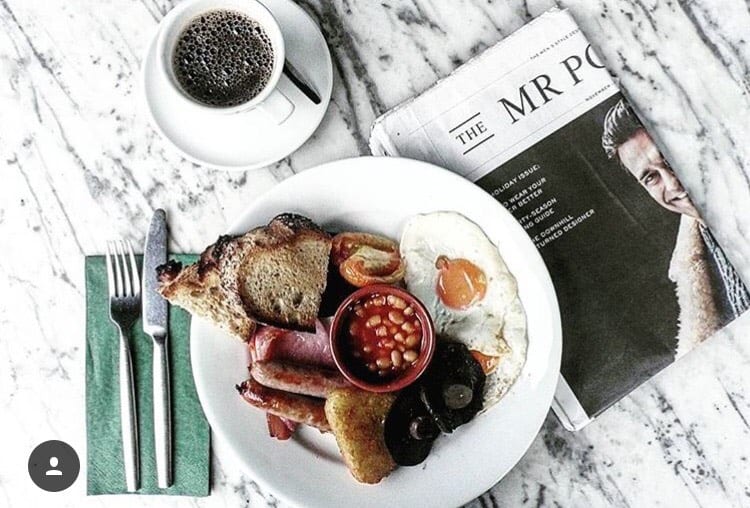 Because we can’t just survive on gin and pizza – even if it feels like it’s worth a try – Hope Street’s also an excellent place to head for breakfast and freshly brewed coffee. 92 Degrees, on the corner with Hardman Street, can certainly deliver the coffee, hand-roasted in its own roastery and served in the Grade II listed building it restored back to life five years ago. Across the street, near the Phil, Moose Coffee is famous in Liverpool for its American and Canadian-style breakfasts – they don’t queue up for them for nothing. Think eggs benny, pancake stacks, waffles and pretty much any other breakfast order you fancy and Moose has it in abundance. And then you have the beloved Quarter which serves up breakfast, brunch, lunch and dinner seven days a week, and is surely one of the city’s best loved and most charming venues.

You can indulge in a very special stay 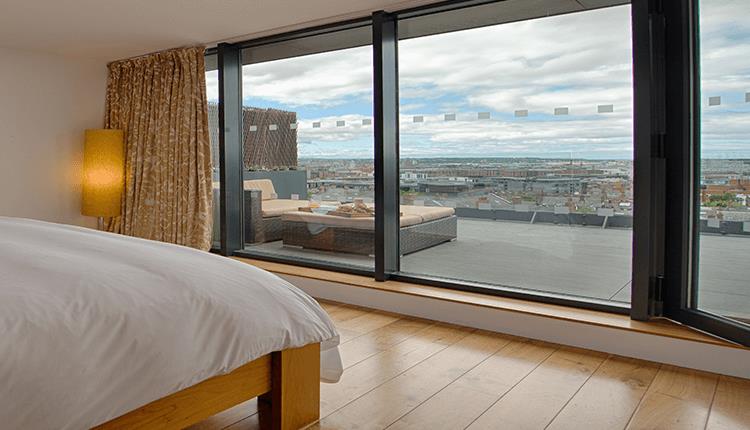 If you want to stretch a day out to a mini staycation, then follow the lead of countless celebs – including the Reds and a certain Tom Hardy, who took up residence there while he was filming in the city  – and check in to Hope Street Hotel. For maximum indulgence ask about the rooftop suite with private terrace and hot tub for two.

But don’t forget the suitcases 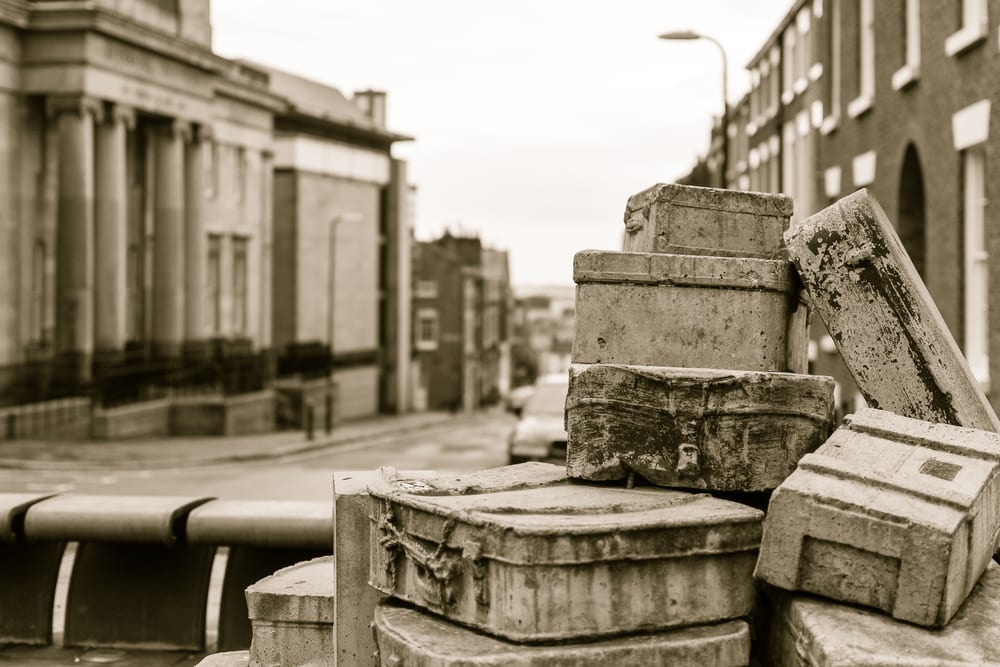 Not just your own, but the suitcases sculpture by John King which sits nearby, almost outside 60 Hope Street. Officially called ‘A Case History’, the pile of cases has been in situ since 1998 and has made its way onto many thousands of photos. Each case is labelled with the famous owner it belongs to, including The Beatles obviously.

It also has probably the world’s most famous loos 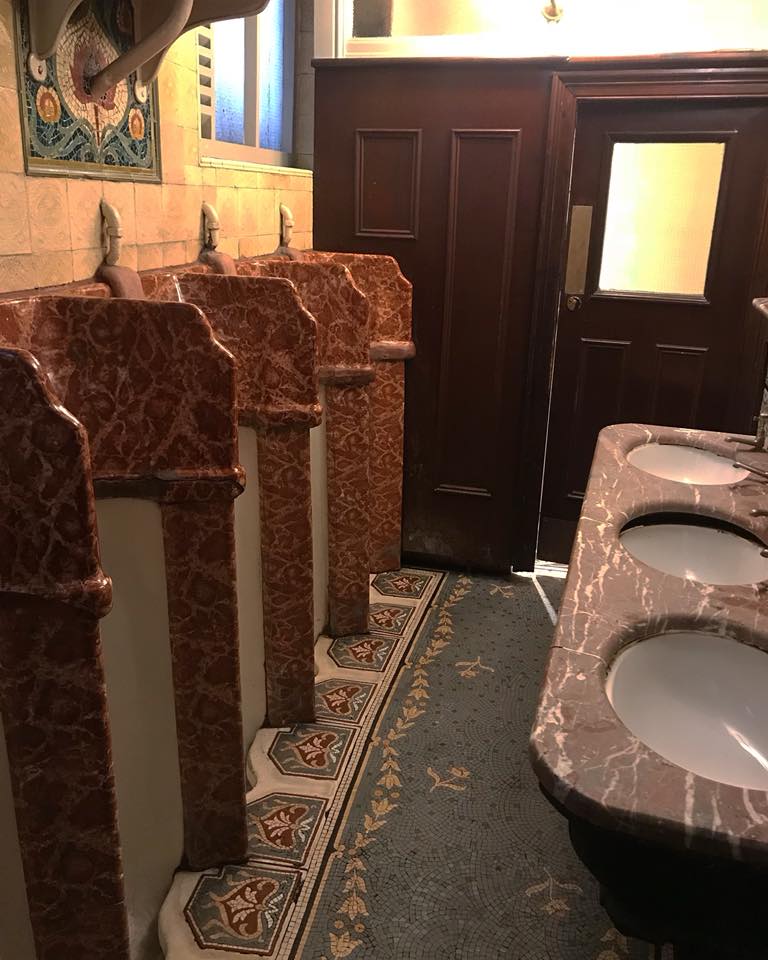 Dating back to 1900, the Philharmonic Dining Rooms is a deserved holder of the title ‘most ornate pub in England’, and its gents loos are a thing of beauty, a tourist attraction in their own right. It’s back open now, and has outdoor seating, so it’s definitely worth adding to any post-lockdown visit list. Paul McCartney and James Corden filmed here for Carpool Karaoke so you’ll be in starry company.

And three of the UK’s best theatre and concert venues 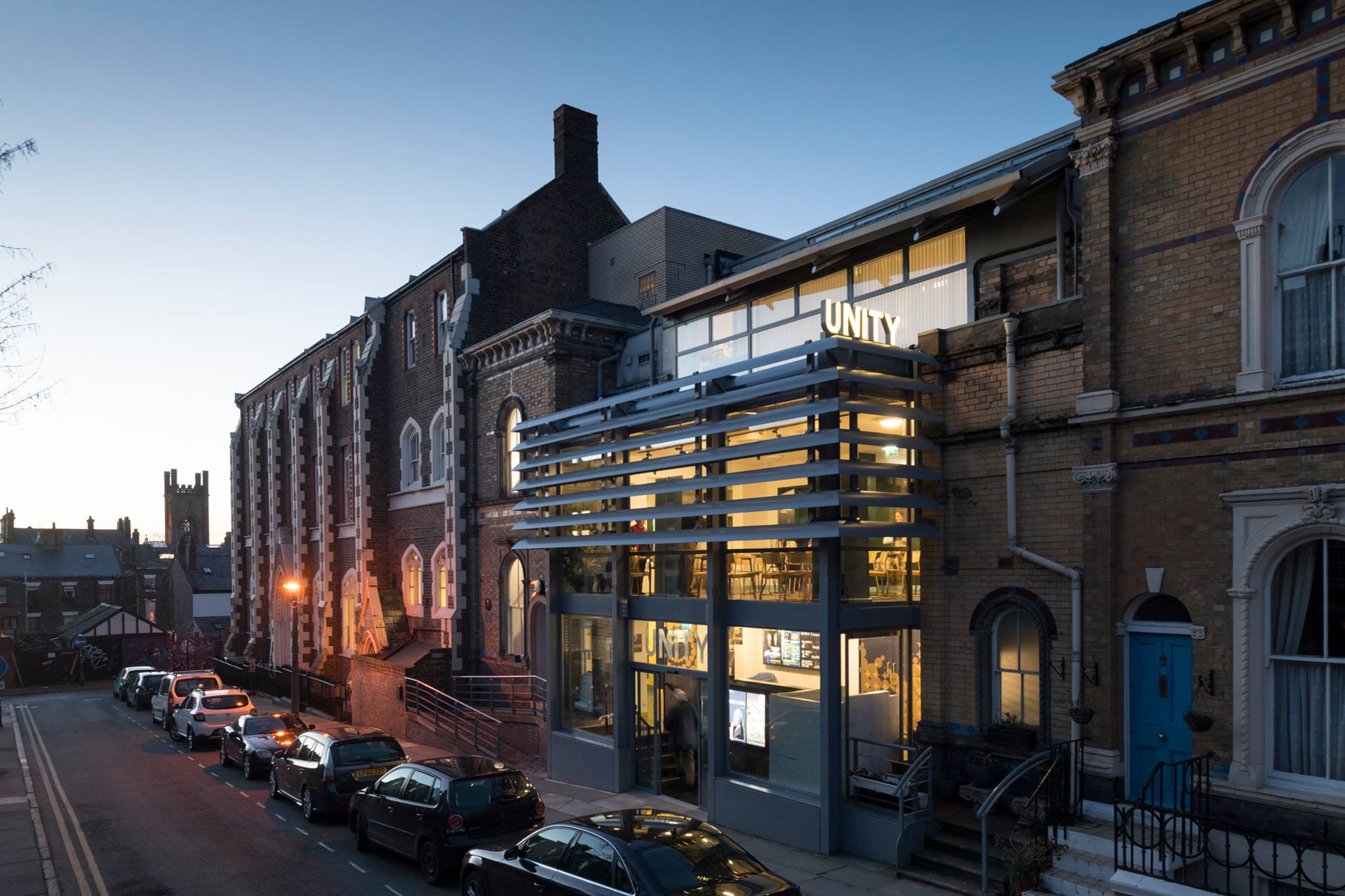 This might be an uncertain time for live performances just yet but no mention of Hope Street would be complete without the Everyman, Philharmonic Hall or the Unity Theatre on Hope Place. Even if you can’t go in to watch a play or listen to a concert, the buildings themselves are worth a visit. Both the Phil, with its gorgeous art deco styling, and the Everyman which features 105 images of Liverpool people on its façade, have won Royal Institute of British Architect (RIBA) awards.

If you’re brave enough, Hope Street will give you the chills 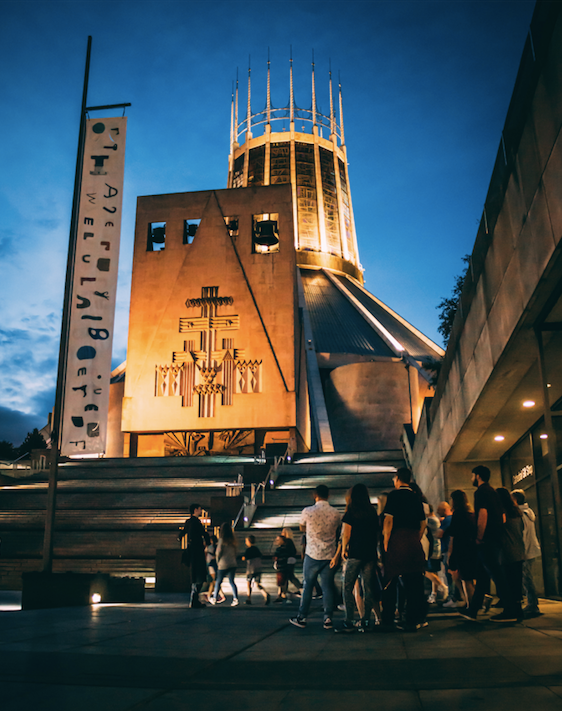 Shiverpool, Liverpool’s historic ghost tours, will spook you out with its award-winning Hope Street Shivers, a 90-minute fright-fest which takes you to all the Georgian Quarter’s ghostliest sights.