Sports Relief kicks off on Friday 18th March and on Tuesday 15th,, Liverpool Yoga Studios (Formerly Bikram Yoga Liverpool) will open up for 24 hours, offering free classes on the hour, every hour to raise money for Sport Relief. The studios’ yoga teachers will take classes in relay style over the course of the challenge, with visitors able to drop into different sessions throughout the day. The selection of classes has been designed for a range of ages and abilities in a bid to showcase the benefits of yoga, making it accessible for everyone.

The day will be kicking off with a “Morning Family Gloga Party” with visitors invited to begin their day with a party that combines dance, yoga and glow paint. The party is designed as way to boost creativity, acting as a fun stimulant for a more productive day at school or in the office.

Ex-Hollyoaks Actress and Yoga Teacher, Gemma Merna, will also be delivering a “Vinyasa Flow” class at 10am alongside some familiar faces. She is the latest teacher to join the studios, who have recently rebranded offering a new selection of classes of including Fierce Grace, Aerial Yoga and Jivamukti. 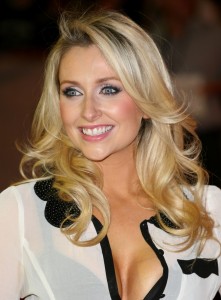 The event will also be supported by local talent such as Darren Farley, the UK’s No.1 Football Impressionist, BBC’s John Farnworth, the world’s greatest freestyle footballer and the UK’s most successful boxing family, the Smith Brothers, who will all be taking part in some of the sessions.

Along with traditional classes, the studio will also be offering a selection of creative yoga classes that are designed to be fun and accessible to yoga beginners. Visitors will be able to sponsor a colleague or friend to take part in a ‘Laughing Yoga’ class, with laughter being used as a hilarious exercise routine to reduce physical, mental and emotional stress simultaneously. 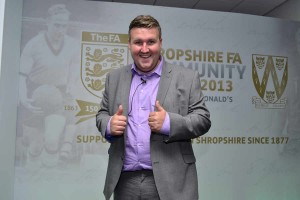 All classes will be offered free of charge in return for a small donation to Sport Relief. All of the money raised will help people living unimaginably tough lives across the UK and also the world’s poorest communities.

Estelle Cartlidge, Creator of Liverpool Yoga Studios, says, “We want to dispel the myth of yoga as only being for people who are flexible and fit, we have seen our members overcome addictions and achieve weight loss, with yoga being at the core of these transformations. It is our intention as a studio to make yoga accessible to all, regardless of their age and fitness levels, we see yoga as a tool for physical, emotional and spiritual well-being. Yoga is used by our current members to enhance their sports and fitness regimes including boxing, football and weight training therefore we see Sport Relief and Liverpool Yoga Studios as a perfect fit. We are excited to be opening our doors for 24 hours and contribute to this fantastic cause.”

Gemma Merna, Ex-Hollyoaks Actress added, “I’m so thrilled to be involved in the 24 Hour Yoga Challenge as a teacher at Liverpool Yoga Studios, Yoga is something I am really passionate about and love dearly. Come along and let’s have lots of fun whilst raising money for a great charity.

24 Hour Yoga will take place at Liverpool Yoga Studios on Tuesday 15th March from 6am – 6am.