Mum-of-two Lisa Lewis had been piling on the pounds throughout her adult life – but she managed to lose six stones in lockdown, helped by home-schooling.

The 45-year-old says not having to juggle getting her two boys, Alex, ten, and seven-year-old Jake, to school and then herself into work on the train, meant she had more time to organise a healthy eating routine.

And she fitted exercise into the learning schedule she had mapped out for the pair. 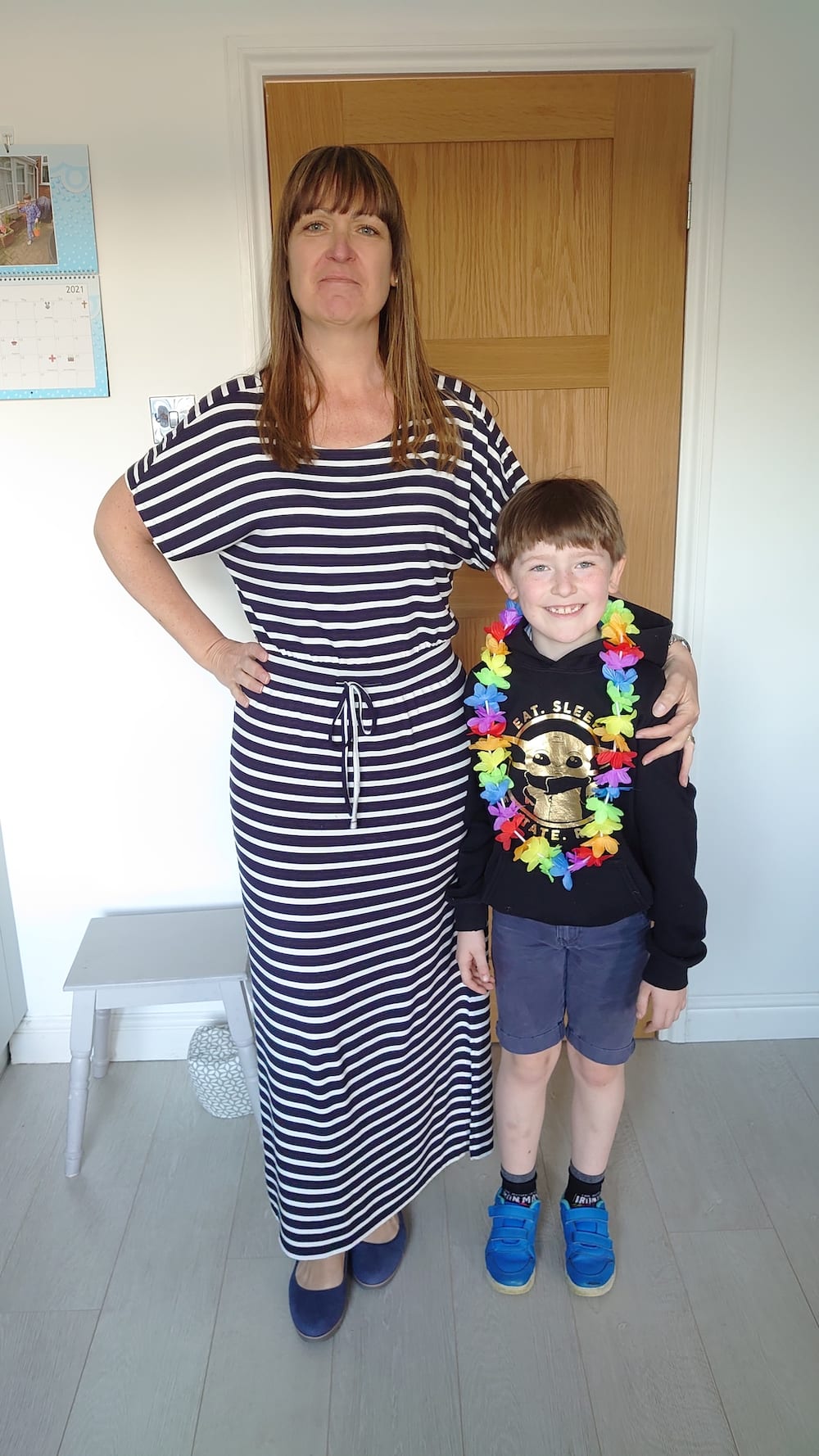 “Lockdown definitely made it easier,” says Lisa, 45, from Aintree. “The last year has been awful and it’s been so hard for people, especially those who have lost family and I don’t want to underestimate that at all.

“But it certainly helped me because I wasn’t having to try to fit so much in.

“From Monday to Thursday I’d juggle my work with home-schooling and then on Fridays, my day off, I’d sit down and do some maths with the boys and then say, ‘right, it’s PE time, let’s get the bikes out’ – and off we’d head along the Leeds-Liverpool Canal.”

Lisa adds: “My husband did the shopping during the first lockdown so I’d plan the meals in advance – and it just meant that it was easier to get organised and eat healthily.”

And she laughs: “I even did Joe Wickes for a couple of months with Alex and Jake – and ended up saying ‘get out of the way kids and leave me to it’ when I thought they weren’t doing it right!”

Lisa, who works as a tax accountant, has gone from 18 stones to 12, and dress size 20 to 12, and she’s delighted now she’s feeling fitter, happier and healthier.

“I’ve lost the weight of my eldest son and I feel amazing, and when my kids ask what I’ve lost and go ‘wow’, it makes me feel so, so proud.”

Lisa, who’s 5ft 9in, had never had a problem with her weight growing up but ‘contentment’ as she got older saw the pounds start to add up: “I never felt like I was particularly slim, but I was okay. I have known my husband, Andy, for 27 years and I think it was from then I started to put the weight on, meals out, going out drinking – chips on the way home – and just being happy and content.

“I can’t even blame the kids. I actually lost a stone each time I was pregnant rather than putting it on.

“But in my 20s and 30s I started to put weight on and, although I joined other slimming clubs, I’d lose a couple of stones and then put it straight back on, and more.”

It was after Lisa joined Slimming World in January last year that she lost those same couple of stones, and then another, and another!

“There was no lightbulb moment, no one thing that horrified me, but I had got to the point where I looked in the mirror and I didn’t like what I saw.

“I was fat and horrible, and I hated it. I looked pregnant and I wasn’t. I’d been saying to myself for a while that I needed to get a grip and sort myself out.”

Lisa’s daily diet wasn’t the worst but she’d have a croissant or two brioche buns for breakfast, a sandwich for lunch with white bread or a tuna panini, or a jacket potato with tuna and full-fat mayo and, for tea, it would be a ready-made meal.

“When the kids had gone to bed, Andy and I would put something in the oven that was quick, like frozen chicken kiev with chips. It wasn’t that I was eating loads or snacking in between, but I was eating a lot of bread and processed, convenience foods. It was a combination of bad habits.

“And I did no exercise because I felt I couldn’t. Even walking up the stairs at 18 stones made me feel like an old woman. 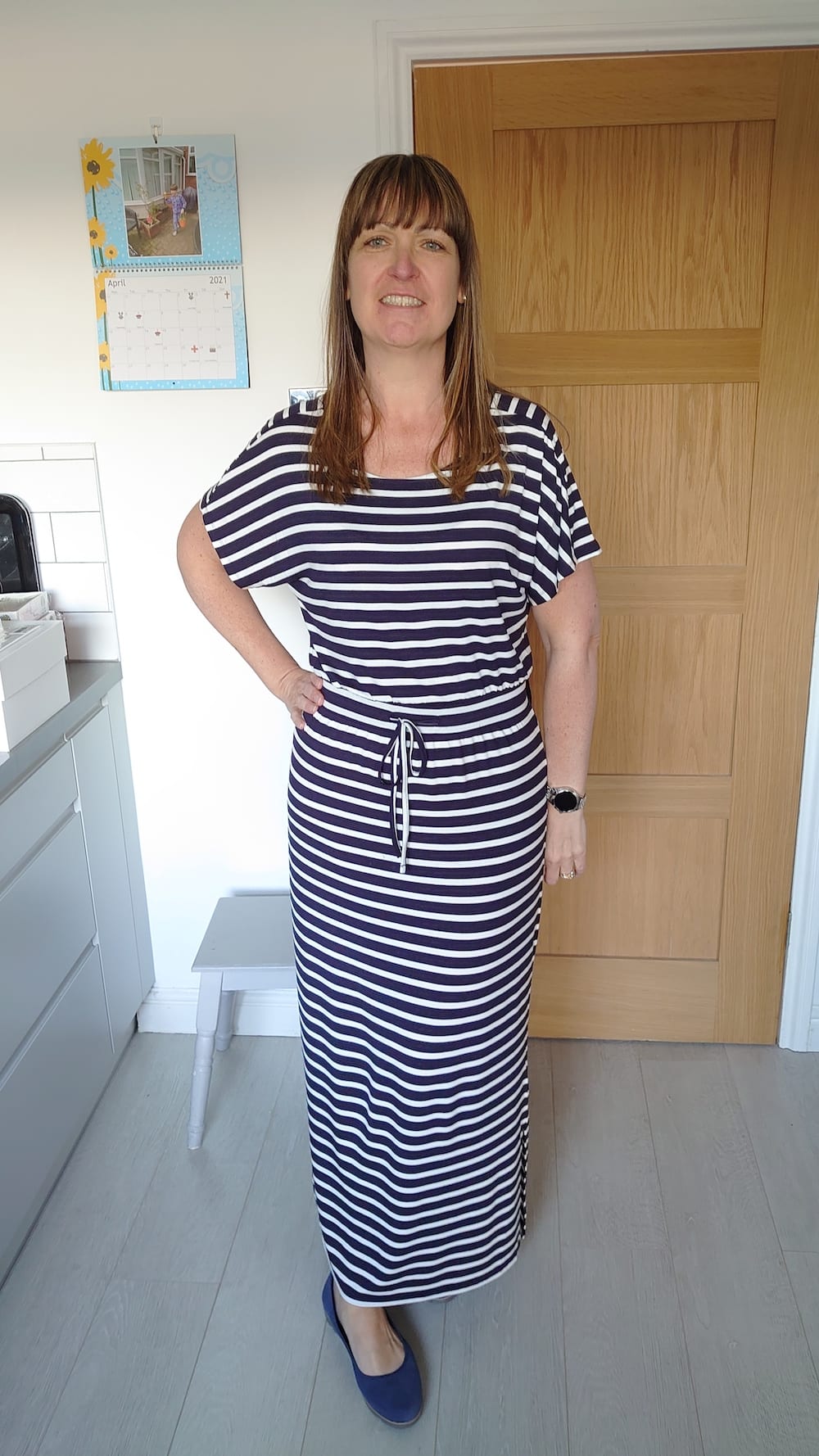 “I decided that 2020 was the year I was going to do something about it and I did and, far from stopping me, lockdown helped. Even though I was always busy and had to fit my hours in for work – and home-schooling wasn’t easy – I was able to plan and get myself organised.

“I joined Slimming World at the Hope Centre in Aintree with Victoria Graham on January 13. By the time we went into the first lockdown I’d lost 1 ½ stones, between March and August I’d lost another two, and then the rest.

“We dusted off the bikes and started going cycling as a family which was lovely and, in September when the kids went back to school, I’d often walk instead of jumping in the car.

“Other mums at the school gates who hadn’t seen me for a while were doing a double-take. And it was the same when I went briefly back to the office. A colleague said ‘wow, you look amazing, you look as though you’ve lost weight’ and I replied ‘I hope so. I’ve lost four stone!’.

“Then Alex weighed himself and said ‘I weigh 5st 10lb, how much have you lost?’ and I realised I’d lost the weight of my 10-year-old son, I’d effectively been carrying him around on my back.”

Now, for breakfast, Lisa has cereal, for lunch a jacket potato, scrambled eggs or chilli or bolognese left over from the night before, and for tea, other meals include Thai green chicken, Chinese chicken and broccoli, or low-fat burgers and kebabs.

“Now when I look in the mirror, I like what I see. We go out for walks as a family so I feel so much fitter and healthier, I jog up the stairs now – because I can – and I’ve even got a rowing machine so when the weather’s not that nice I can still exercise.

“I’d never told my husband how much I weighed because I was too embarrassed to admit  I was about two stones more than him. Now I’m delighted to say I’m not!”