How Liverpool life coach is helping people to stay booze-free after Dry January - The Guide Liverpool
Contact Us Advertise with The Guide Our Video Services Follow us:

Dry January is tough but the impact on your health is said to be amazing, so how about sticking to the no booze rule for every longer?

Lots of people have started off the new year by quitting drinking and trying to stick to a Dry January no-booze plan.

Even though quite a few fell at the first weekend, life coach Karen Deas says there are plenty who are loving the benefits so much they want to stay alcohol-free for longer, possibly even for good.

Now she’s created a five-day alcohol awareness challenge to help anyone who might be thinking about turning Dry January into a Dry 2022.

“I think these few weeks of not drinking have definitely made some people sober curious,” she explains. “They’ve experienced the plusses and now they’re wondering why it used to be their go-to wind-down or entertainment, and whether they want to go back to their old pattern.

“That’s where hopefully I can help them expand their awareness around having better options or a better quality of life that doesn’t have to involve alcohol.”

Karen says there’s obviously a big spectrum when it comes to alcohol use or abuse and it’s hard to put a measure on when someone might be drinking more than is good for them.

“The people who I’m calling out to are the ones who may be drinking 3 to 4 bottles of wine a week, but don’t realise how harmful the amount they’re drinking is.

“They’re very functioning, they’ve got good jobs and look all together, but they might just be drinking a bit too much and getting curious about their own habits.”

Alcohol drinking has been on the rise since more people started working from home, with a glass or two of wine signalling the end of the working day. 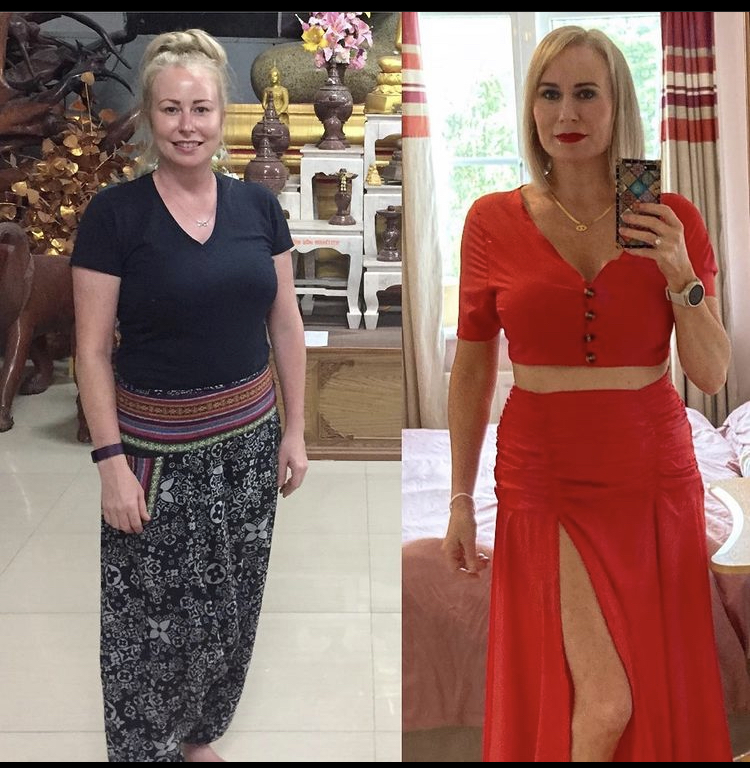 Karen before and after giving up alcohol

But it’s not just new WFH habits which have increased the subliminal pressure to crack open a bottle at the slightest excuse.

“The messaging pushing alcohol is everywhere. You can’t even buy a birthday card without it talking about alcohol, you can’t go on social media – especially on a Friday night – without your feed being flooded with pictures of people’s drinks, and you can’t listen to the radio without somebody asking, ‘is it wine o’clock or gin o’clock yet?’

“Even though I haven’t drunk for two and a half years, when I was watching Suits I was dying for a glass of whisky because they kept drinking it and it just looked so cool!”

Karen says that’s one of the reasons why Dry January works so well for anyone who’s reconsidering their usual drinking routine.

“I think as human beings it’s natural to want to belong in a pack because that’s where we feel safer, so when we see other people doing something, we do the same because we want to be accepted and fit in.

“Dry January gives us that shared identity, because you can have those conversations where you say, ‘I’m doing this too’ which means you’re not standing out from the crowd, you still have a connection to other people and that makes it easier.” 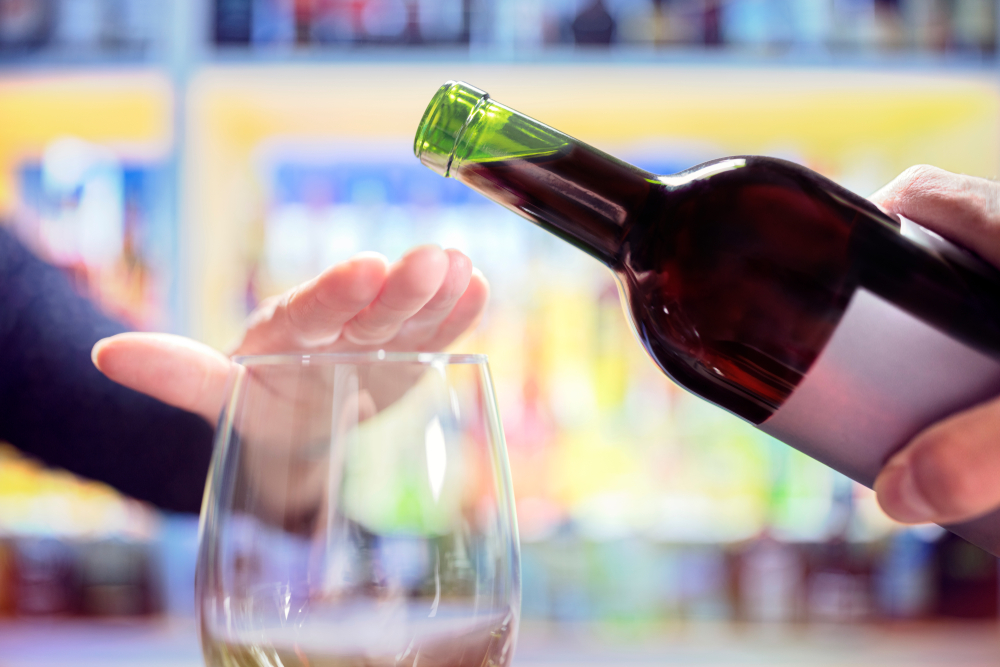 It takes one hour a day, and anyone who wants to take part can just join the Facebook group.

“I launch a different task every day, which takes about 20-30 minutes to complete, then I go live every night at 7pm in the group where we come together and I can share teachings and answer questions.

“It’s only five hours, spread over five days, and the beauty of it is everybody in the group is there because they all want more awareness or empowerment around ‘why am I drinking the way I am?’

“When they get to the end of five days with a wake-up call, that’s when they can decide if they want to drink less, give it up altogether or maybe try another 30 days, or 100 days. It’s all down to the individual where they’re at with their own relationship with alcohol.

“Hopefully I can give them the tools and the insight into why they do it, so they go ‘this is what I’m doing and I didn’t realise it’ and it could help them make a really positive change.”