How Liverpool venues are creating micro weddings for couples who can't wait to marry - The Guide Liverpool
Contact Us Advertise with The Guide Our Video Services Follow us:

Covid restrictions have forced thousands of Liverpool couples to move and cancel plans for their wedding day over the past 12 months.

But as rules are set to ease slightly on May 17, with 30 guests allowed to watch them say their vows, venues are being inundated with calls from brides and grooms-to-be who just can’t wait any longer.

They’re ditching dreams of a big event in favour of micro weddings where they will say ‘I do’ in front of only their closest family and friends.

The weeks between May 17 and the next step in the Government’s roadmap on June 21 have been filling up with couples who are fed up of endless uncertainty and are prepared to give up most of the usual traditions just to have their special day. 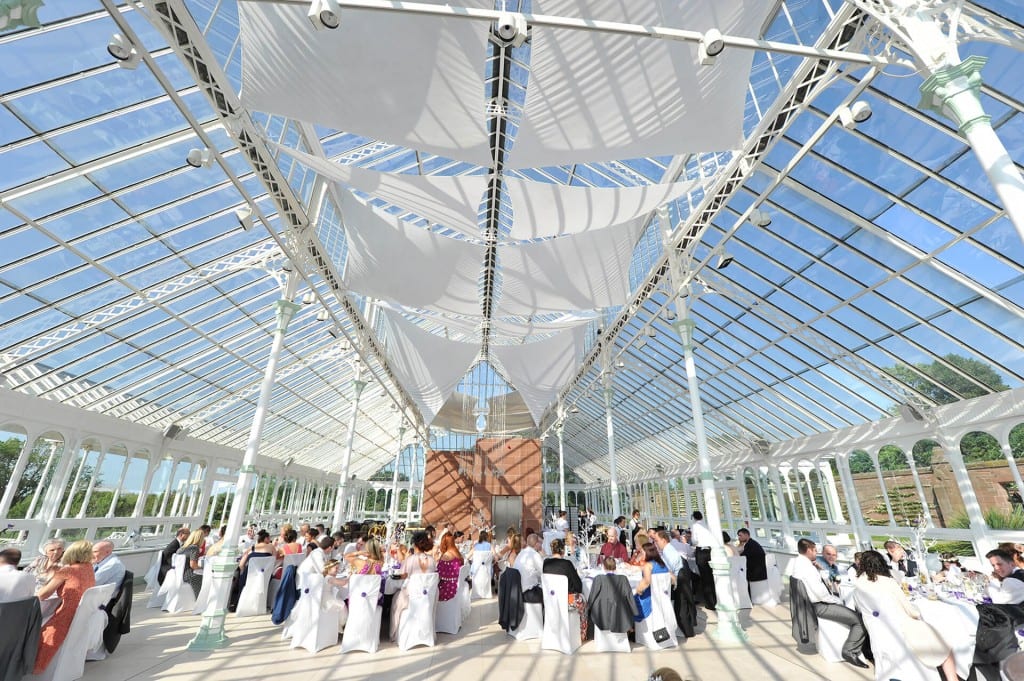 “I think so many couples are trying to book their weddings from June and they’ve found a lot of places are full for the next 18 months to two years because there’s such a backlog,” says Gemma McGowan, owner of the Isla Gladstone in Stanley Park.

“They’re looking at quite a long wait on top of the 14 months we’ve already lost so I think they just want some control back.”

As an events venue, used to holding weddings for 100 to 150 people, the Isla Gladstone has been closed since the first lockdown came in.

It’s been a tough year, Gemma admits, without even the slight boost of temporary and limited reopening that restaurants and bars have had.

“To come in and see this beautiful building all locked up and cold was really difficult. I’d sit there, look around and think, when’s this going to change? You think, I need to find a way to do something, but you just can’t.” 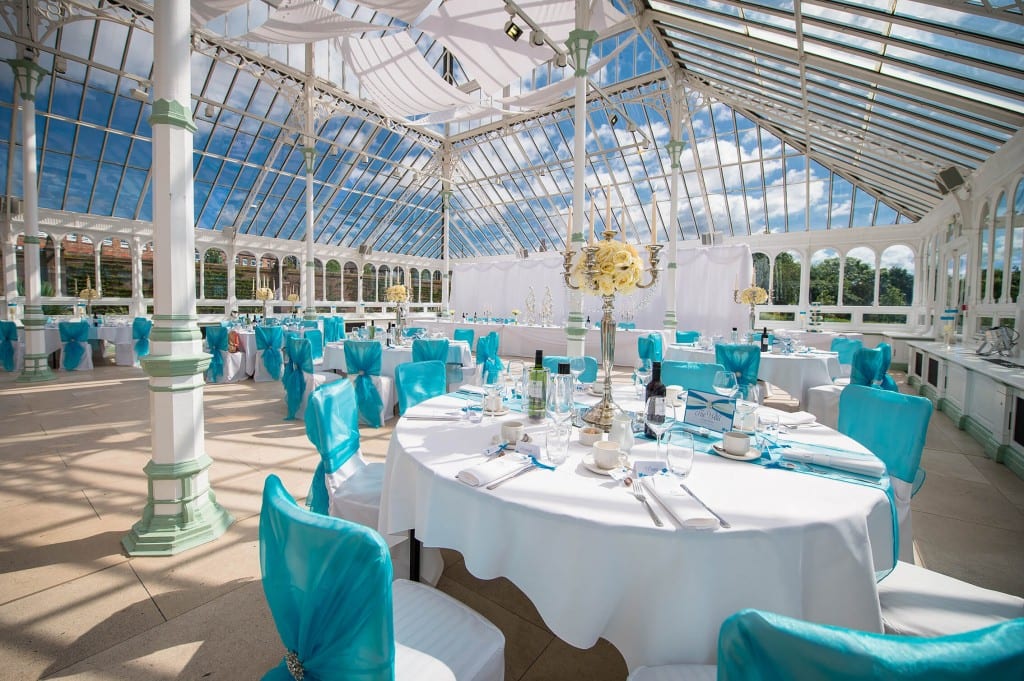 Once the May 17 date was announced Gemma’s phone started ringing again, although she says having to explain to couples that there is so much they can’t have has felt strange.

“We have had a lot of upset couples and it’s very hard to tell people they can’t dance or sing and they can’t have a buffet, the food has to be served to the tables, because we’ve never said no to people before, we always find a way to do anything they want.

“They’ll ask, ‘can’t we just go over the numbers by a few?’ but legally we can’t do that so it is hard to manage people’s expectations.”

Instead, she says, couples are opting to spend more money on what they can do. 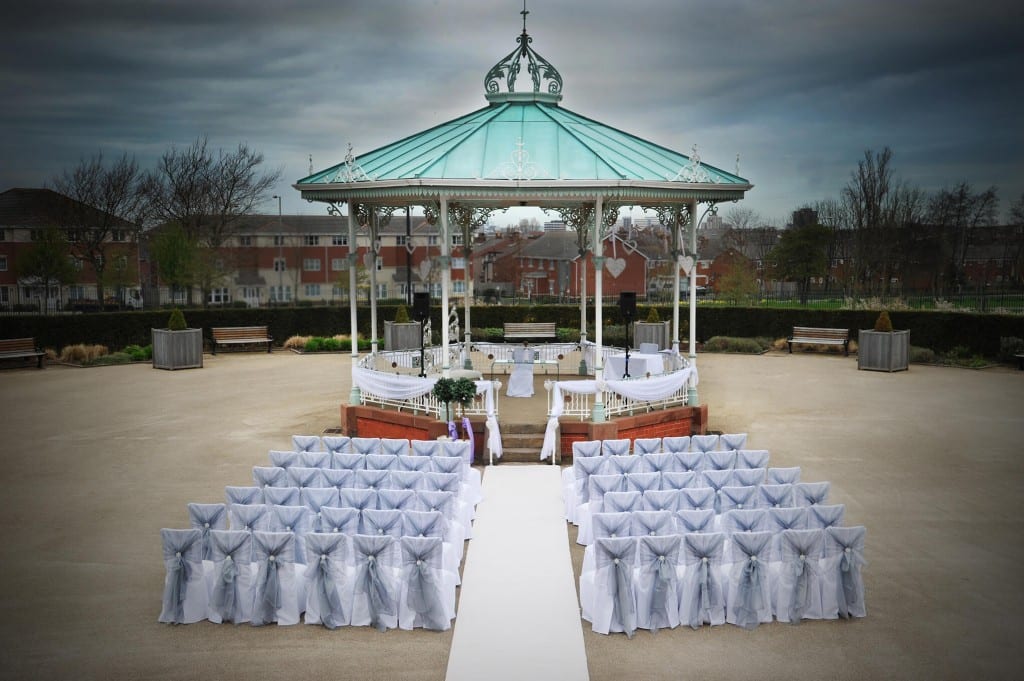 “A lot of people are putting more into the décor of the building so even though there’s only 30 people it doesn’t look empty, they’re wanting singers for when they’re having their wedding breakfast and they’re spending more on food and upgrading wines.

“Maybe before they’d have gone for house wine, now they’re choosing their favourite wines for their guests because it’s only 30 people so it’s not that much more money. Instead of prosecco, now they’ll have champagne because it might cost an extra £100 whereas before it’d be more like £1,000 to do those same upgrades.”

Steven Hesketh, owner of The Richmond in Liverpool city centre, has seen a similar trend for micro weddings.

“I think couples aren’t sure that they’re likely to get what they’d ideally wanted any time in the next 12 months, and the chances of having a party for 150 at night is quite a distant vision away for most people,” he says. “We don’t know if that is likely to happen within this year even, although Boris has said it could happen, so that’s really affecting decision-making on weddings.

“Marriage is such an important symbolic commitment for a couple, so we’re being contacted by people saying, ‘we’ve been planning this for 3 or 4 years, it’s been put off and we just don’t want to wait any longer. If it has to be just our immediate family and closest friends then let’s do it that way’.”

In fact, he says, far from being disappointed that they can’t have more guests, some couples are actually seeing it as an opportunity to scale back on numbers and so save on their budget.

“Everyone’s biggest concern with a guest list for a wedding is not upsetting their auntie’s sister by missing her off but the family unit is so different these days that weddings are changing anyway.

“Mum and dad can often be split and have new partners so families are bigger and bigger and more complicated and I know one couple who aren’t even having their parents’ partners there. Covid has given people licence to say ‘let’s go smaller, let’s get it done’ because their reason for getting married is to be married, it isn’t necessarily about the big party, so I think it’s actually working in their favour.”

After more than 12 months of an empty wedding diary, Gemma says she’s happy to see the Isla Gladstone coming back to life and to some normality again.

“Our first wedding is on Friday May 21 and then we’ve got bookings every Thursday, Friday, Saturday and Sunday from that June date for months,” she says. “We can’t wait to have weddings for 100 or 150 again because the atmosphere when this place is full is fabulous and that’s what we’re used to. I’m still anxious about June, but until told otherwise we’ll keep hoping and getting excited.”