How you can support Mandela Day in Liverpool with an act of kindness - The Guide Liverpool
Contact Us Advertise with The Guide Our Video Services Follow us:

A Liverpool charity is encouraging the people and businesses of the region to carry out acts of kindness for 67 minutes to mark Mandela Day this July.

Nelson Mandela spent 67 years of his life supporting social justice and human rights before he officially passed the baton to others on his 90th Birthday – on the 18th July – now officially named ‘Mandela Day’ each year. At a special ceremony in Hyde Park, he asked everyone to spend 67 minutes of their time taking part in an act of kindness for someone else.

Liverpool charity, Mandela8, is now spearheading the ‘My 67 Minutes’ campaign to encourage everyone to take that 67 minutes out of their day to do something special, whether it be for a family member, friend or for their local community.

“The idea of Mandela Day is that everyone has the ability to make an impact and do something in their own way to change the world and the world of those around them. We want to see thousands of individual acts of kindness all across the world, ideally on Mandela Day – Sunday 18th July – or in the week leading up to the day itself, which we’ve named Mandela week, from the 12th – 18th July.” 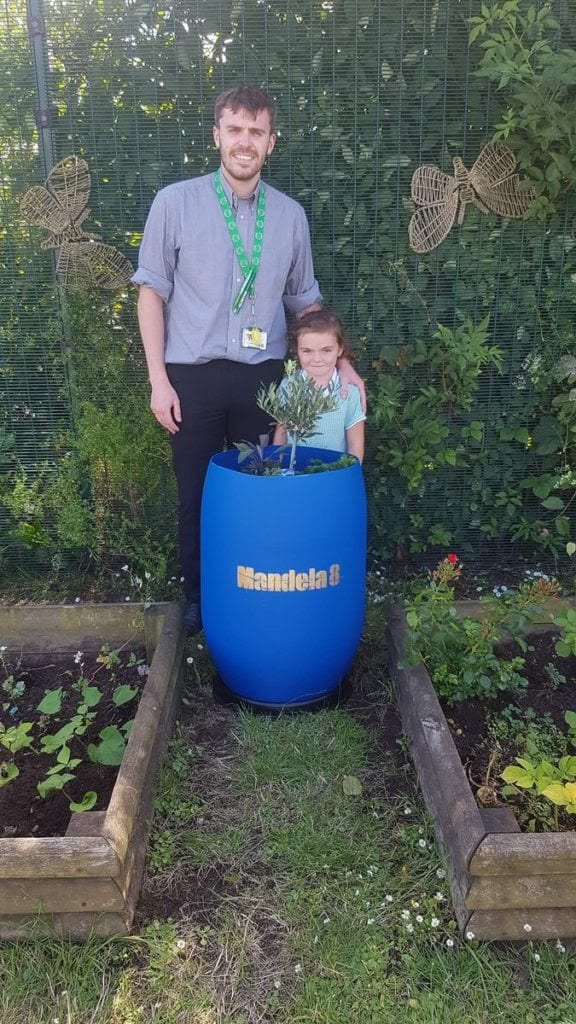 Mandela8 have provided an online brochure of ideas and activities on their website, which can be carried out by individuals, community groups or businesses.

Some of the ideas in the brochure include litter-picks, carrying out jobs for a vulnerable neighbour, and donating to local foodbanks. Those taking part can share their ideas and successes with others online using the hashtag #Mandela8My67 and encourage others to get involved.

“This year we will obviously have to continue to take part in activities that do not risk the spread of coronavirus or break any local restrictions. With this in mind, our new brochure has lots of COVID-safe ideas for activities that you and your family members can take part in.”

Mandela Day was officially declared by the United Nations in November 2009, to acknowledge the revolutionary leader’s values and dedication to the service of humanity and struggle for international democracy and peace throughout the world.

Liverpool has its own special relationship and connection with Nelson Mandela, dating back to his time in prison. When those in the city became aware of Apartheid – the system of legislation that upheld segregationist policies against non-white citizens of South Africa – and Nelson Mandela’s incarceration, community activists, unions and local people from all walks of life came together to support the Free Nelson Mandela Campaign. Mandela was gifted the Freedom of the City in 1994 and a Civic Reception was held in his honour 20 years later in 2014.

In previous years, iconic buildings across the Liverpool City Region lit up yellow for Mandela Day and Mandela8 are asking everyone to encourage their own place of work to do the same this year.

St George’s Hall was one of the city’s historic buildings included in the line-up; a building which has its own recent links with the Mandela family. A series of prints, drawn by Nelson Mandela himself and known as the ‘Struggle’ series, were gifted to Liverpool for a permanent display in 2018, and now take pride of place in St George’s Hall. Merchandise featuring the designs of the prints have also just been launched via The House of Mandela.

The My 67 Minutes campaign has the support of a host of key figures in the Liverpool City Region, including the newly elected Mayor, Joanne Anderson.

“Liverpool has a long and proud association with Nelson Mandela, from making him a Freeman of Liverpool through to the Mandela8 education and memorial project at Princes Park”, Joanne said. “He selflessly campaigned to make this world a better place for 67 years and we are delighted to be working in close partnership with Mandela8 to ensure his legacy is never forgotten. Many of us lead extremely busy lives but kindness costs nothing and I would encourage everyone to do a little bit on Sunday 18 July, which collectively will make a big difference to the lives of others.”

Sonia added: “Liverpool is built on strong political and social values and has experienced oppression but not on the scale of South Africa. So when awareness of the brutality of Apartheid in South Africa became known in Liverpool, the city united to support Mandela, the ANC and South African people.”

For ideas on how to get involved in the My 67 Minutes campaign, visit www.mandela8.org.uk.