Huge line up of jazz planned for St. George's Hall - The Guide Liverpool
Contact Us Advertise with The Guide Our Video Services Follow us:

Huge line up of jazz planned for St. George’s Hall 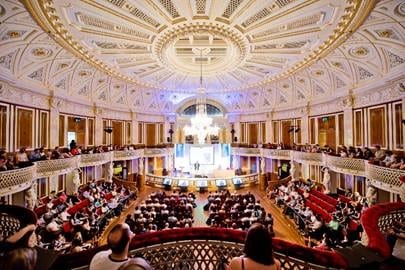 Liverpool’s St George’s Hall continues to announce its most dynamic Concert Room programme in recent years, and will feature the biggest names in Jazz set to entertain you, including Barb Jungr, double MOBO award winning saxophonist YolanDa Brown, and British jazz diva Jacqui Dankworth. Top artists on the UK and international touring circuit are booked in to the magnificent Concert Room – the eclectic programme covers a wide variety of music genres, comedy, cabaret and the spoken word. Jazz plays a big part of the spring season and the new line-up is sure to whet the appetite of its fans.

Starting off with Chris Barber and his 10-piece big band, who take to the stage at St George’s Hall on 22 February as part of the Jazz season. The concert features everything from New Orleans style to late 20s Ellington, played with extraordinary panache and skill including songs Bourbon Street Parade, Jubilee Stomp and When the Saints alongside many more. With Chris Barber and his spectacular Big Band you can count on an exciting concert of peerless jazz and blues, which will appear to all.

Double MOBO award winning saxophonist YolanDa Brown will perform on 8 March, bringing some sunshine to the spring season with a special set titled Reggae Loves Songs. Yolanda is widely regarded as the premier female saxophonist in the UK, and has played to the President of Russia, and is a celebrity ambassador for HRH The Prince of Wales and the Prince’s Trust. As well as performing across the world in her own right, Yolanda has also toured in support with The Temptations, Courtney Pine and as part of Jools Holland’s Rhythm & Blues Orchestra. Join Yolanda Brown on an infectious journey of Reggae rhythms from the Caribbean, peppered with supreme Jazz flavoured inflections and sensibilities. Special guests are to be announced. 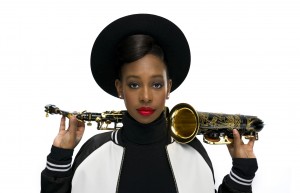 Friday 18 March will see English singer/songwriter Barb Jungr collaborate with one of the finest interpreters of popular song, Laurence Hobgood to showcase her new album Shelter from the Storm. This will be his first major collaboration since his work with Kurt Elling (with whom he won a Grammy for the album ‘Dedicated To You: Kurt Elling Sings the Music of Coltrane and Hartman’). The set will include three original songs by Barb and Laurence, alongside material by Dylan, Cohen, Rodgers and Hammerstein, and Sondheim.

On confirming her Liverpool date Barb Jungr said “I am really excited to bring this exciting new work, in a new collaboration with the mighty jazz legend Laurence Hobgood, to The Concert Room, a wonderful space for music in Liverpool. I hope to see all my friends and fans and look forward to a long a happy association with St George’s Hall.” 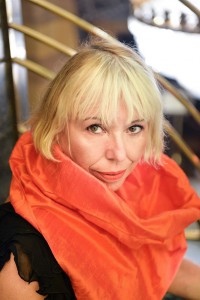 Finally, on 26 March, Ian Shaw, regarded to be one of the greatest male jazz vocalists in the world will perform his exquisite interpretations of popular classics and accomplished original material from his new album The Theory of Joy. Two-time winner of the BBC Jazz Award, Ian’s talent and technical ability is undeniable, and his new album The Theory of Joy sees him at his best as both a singer and musician. His 14th studio LP, produced by BBC Radio 3’s Claire Martin, includes innovative takes on songs by the likes of David Bowie, Lionel Bart and his musical heroine Joni Mitchell, along with three newly written tracks. The Guardian describes him as a “gifted, technically awesome and theatrically witty” singer, displaying extraordinary talents on the piano. Back to tour his new album in the UK alongside trio Barry Green (piano), Mick Hutton (bass) and Dave Ohm (drums), this multitalented artist remains a leader in the modern jazz scene.

Information on all the artists at the concert hall this spring season can be found at https://liverpoolcityhalls.co.uk/st-georges-hall/whats-on/