TV favourite Jorgie Porter will be making her pantomime debut as she heads up this year’s cast in the title role of Snow White and the Seven Dwarfs at the Liverpool Empire. 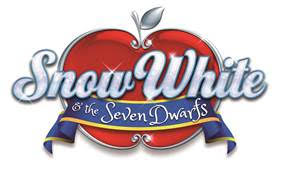 Jorgie is best known for her role as Theresa McQueen in the Channel 4 drama serial Hollyoaks. Jorgie was a contestant on the seventh series of Dancing On Ice on ITV. She made it all the way to the final where she finished runner up. Jorgie was then asked to return for Dancing On Ice: Champion Of Champions. Jorgie recently starred in ITV’s award winning series I’m A Celebrity… Get Me Out Of Here! Jorgie spent 23 days in the jungle and had huge public support back home in the UK and finished 5th. Since returning from Australia, Jorgie has filmed an episode of Lip Sync Battle for Channel 5 against Rufus Hound and worked with E! on their live red carpet coverage of the Golden Globes. Most recently Jorgie has been announced as part of the cast of the much-anticipated remake of the comedy Are You Being Served which will be aired on BBC 1 later in the year. 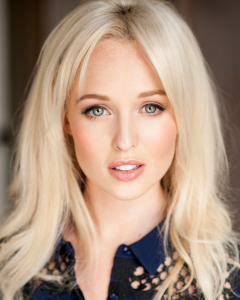 Joining Jorgie are Empire pantomime favourite’s Leanne Campbell who will be taking on the role of the Wicked Queen and Liam Mellor is back by popular demand as the lovable comic, Muddles. 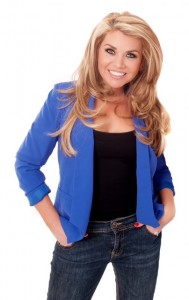 Leanne Campbell has become a much-loved member of the Empire panto family and returns for her fourth consecutive year. Leanne hosts Liverpool’s number 1 breakfast show weekday mornings 6-10am on Radio City 96.7, but it was theatre where Leanne first cut her teeth when she first appeared on stage at the age of ten whilst training at Elliott Clarke school of Dance and Drama full time. She landed roles such as Annie (Liverpool Playhouse) and Helen Forester, Twopence to cross the Mersey (Liverpool Empire) for which she was awarded a Scouseology Award for ‘Top Theatre Personality’ and a Daily Post Art Award in the ‘Best New Talent’ category. After winning a scholarship to continue training at Laines Theatre Arts in London, she then continued her theatre career both in Liverpool and on tour.

Leanne is delighted to be appearing in the Empire pantomime once again but this time as the baddie a role she can’t wait to get her teeth stuck into.

After delighting audiences in the role of Idle Jack last year, Liam Mellor returns with his madcap comedy style this time in the role of Muddles. Liam is well known across the UK for his comedy work and received ‘cracking’ reviews last year. He is no stranger to pantomime having written and starred in many pantomime at St Helens Theatre Royal.

Snow White is a dazzling fairytale of a pantomime guaranteed to melt everyone’s hearts; watch as the beautiful Snow White and her seven little friends attempt to defeat the Wicked Queen. Will Snow White meet her Handsome Prince and save the day? Come along to the Liverpool Empire this Christmas to find out. Spectacular sets, sparkling costumes, side splitting comedy and lots and lots of fun for the whole family to enjoy.