In March, despite a six-hour life-saving operation and weeks of the gruelling treatment at Clatterbridge Cancer Centre, the 20-year-old was told he could have just days to live. He married his long-term girlfriend Sarah Jones in a bedside commitment ceremony at his home in Maghull. 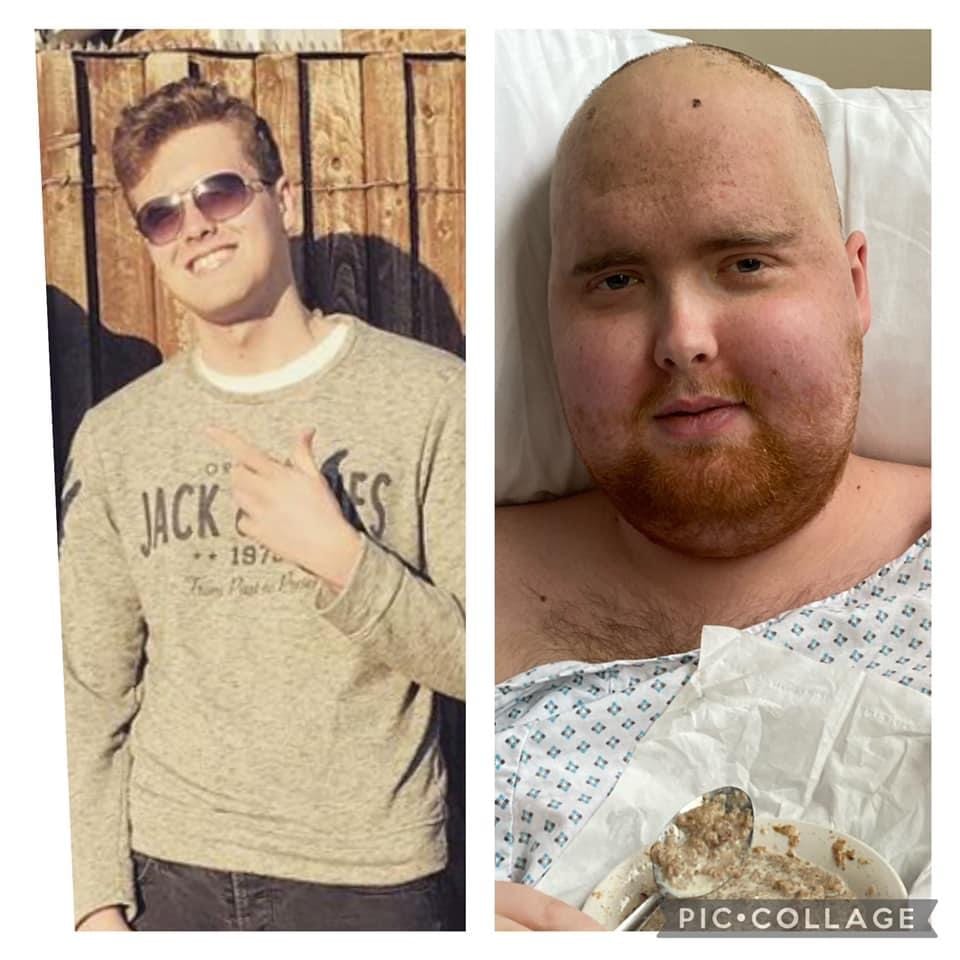 Owen before his diagnosis and now

His family are now doing everything they can to fill Owen’s life with special moments and his sister Jane says they were surprised and touched to receive a personal letter from the Reds boss, letting Owen know that all the ‘Liverpool family’ was supporting him.

“We think he must have found out about Owen through word of mouth and it was so thoughtful of him,” says Jane.

MORE - There’s £10,000 up for grabs as the Liverpool Hope Playwriting Prize relaunches

“When we read the letter out to Owen and he saw who it was from, he was so shocked, he just didn’t believe it.

“He doesn’t say a lot at the moment, but the look on his face said it all. It wasn’t even about football it was more the You’ll Never Walk Alone message because that just reinforced what we’re seeing every day with all the love he’s been shown.

“He doesn’t expect it and he’s just so appreciative of everything and everyone.” 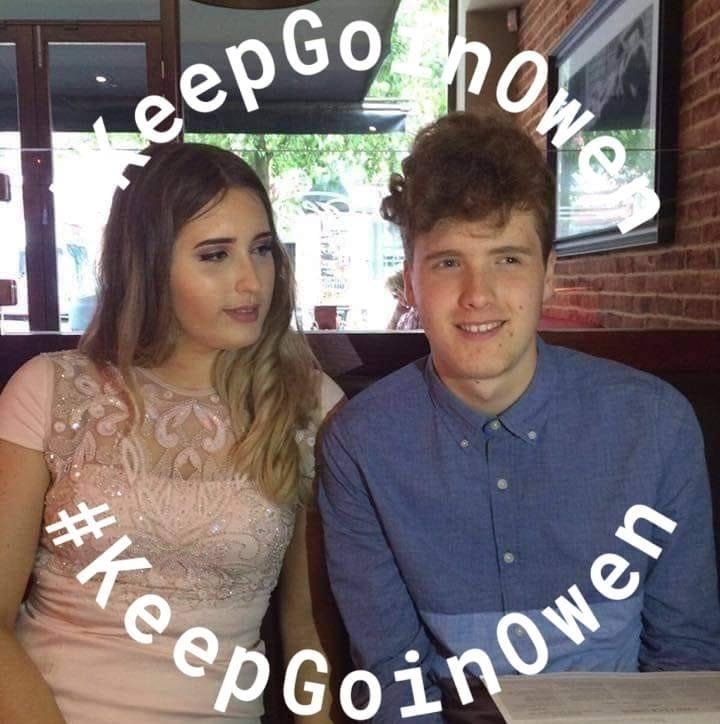 Klopp’s letter tells Owen: “We are all with you. This isn’t just a saying, it is something that really matters. When I hear my players talk about what helps them when times are tough, one of the things they all say is that the backing of the club and the supporters makes a real difference.”

He goes on to talk about the importance of family, adding that he’s been told Owen has a brilliant family and friends who are doing everything they can to support him. He signs off ‘You’ll Never Walk Alone.’

The Liverpool manager’s words of encouragement are among thousands of messages Owen has received from around the world since he and his family decided to share his story on social media.

They set up a Facebook page which you can follow here, and Instagram account in the hope of raising awareness of glioblastoma and connecting with others going through it. More than £12,000 has also been raised through a Go Fund Me page here. 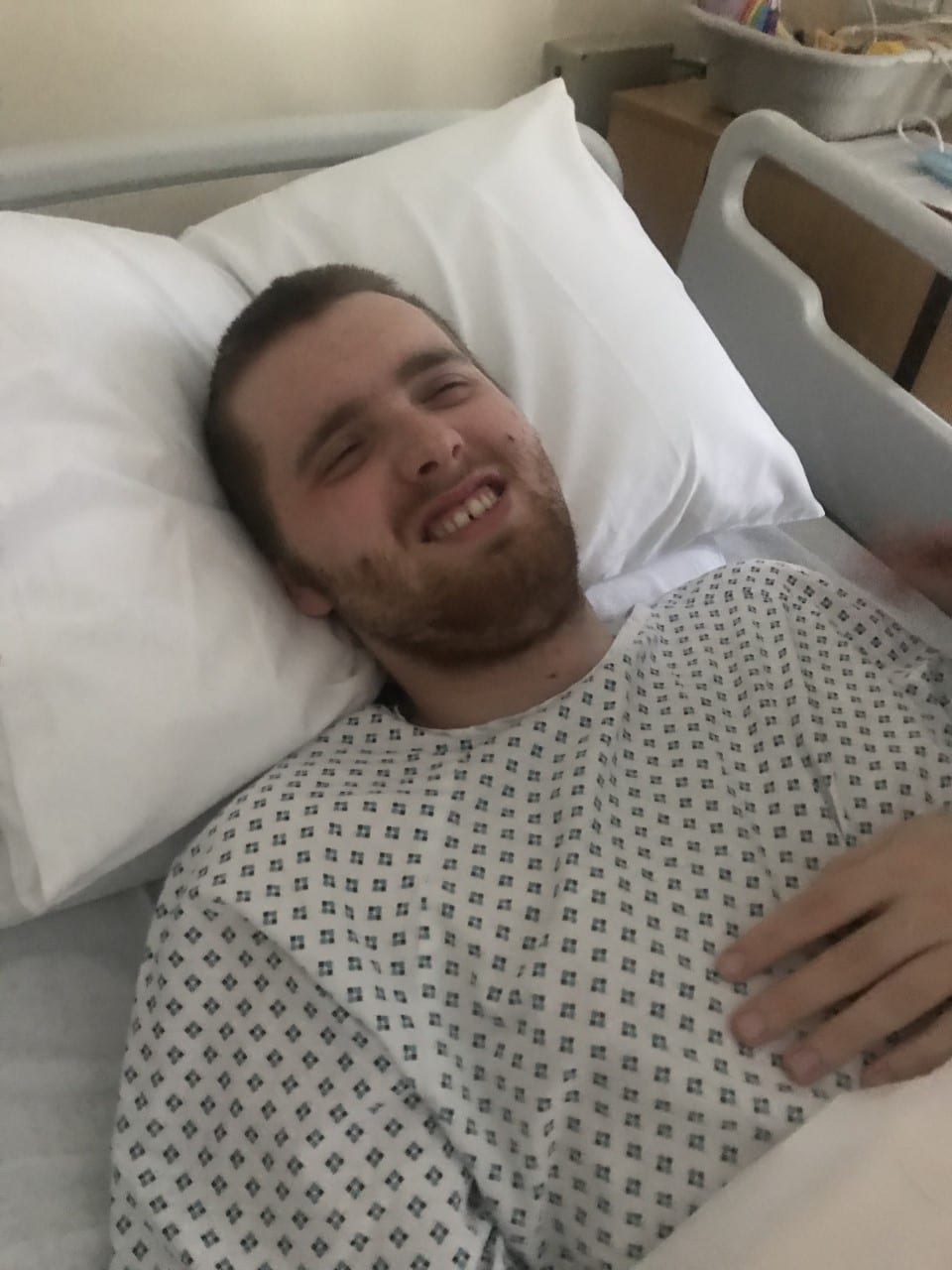 Using the hashtag #KeepGoinOwen they have shared posts throughout his treatment, from his diagnosis to now, showing his positivity and determination to keep fighting.

Owen was in his third year of a drama degree at JMU when he began suffering from headaches in September last year.

Covid made it difficult to see a doctor but after two ambulances and three hospital visits he was given a CT scan and diagnosed with a brain lesion. An MRI scan at the Walton Centre revealed an aggressive glioma tumour and he underwent surgery which managed to remove 85% but a further MRI showed it had spread to his spine.

Jane, her parents Peter and Gill and older brother John have come to terms with the fact that the cancer will soon rob them of their much-loved son and brother.

“When he was first diagnosed, my mum was keeping a diary, every day she would write on the notes on her phone about everything that was happening to him in the hope that one day she’d be able to tell Owen about it all.

“Obviously along the way you start to realise – you get told, maybe he has five years, maybe 12 to 18 months – but we always said, ‘don’t put a time limit on Owen.’ He knows how severe it is but we weren’t going to tell him he had an expiration date. 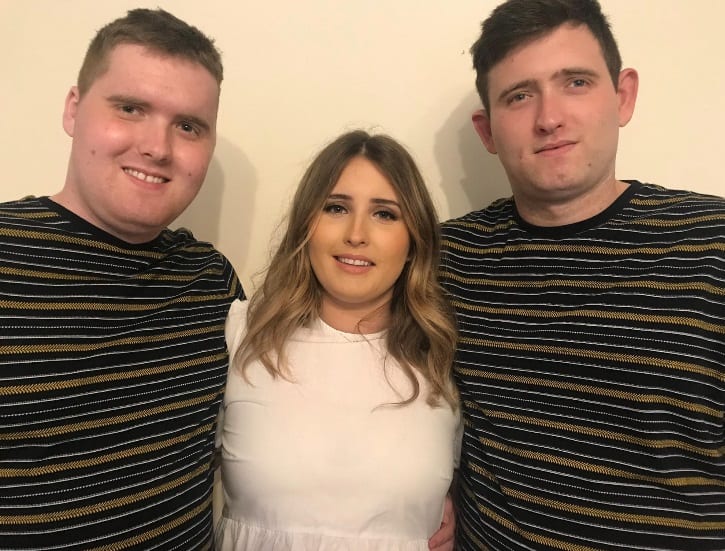 “We wanted to set up the Facebook and Instagram pages to keep up with the diary and spread his story around in the hope that people would offer us advice or give us help, and to connect with us if they needed help or have gone through this themselves.

“It’s also just to make everyone fall in love with Owen because I honestly don’t think there are many 20-year-old lads who are as adorable and kind as him and I want those who are to realise how lovely it is.” 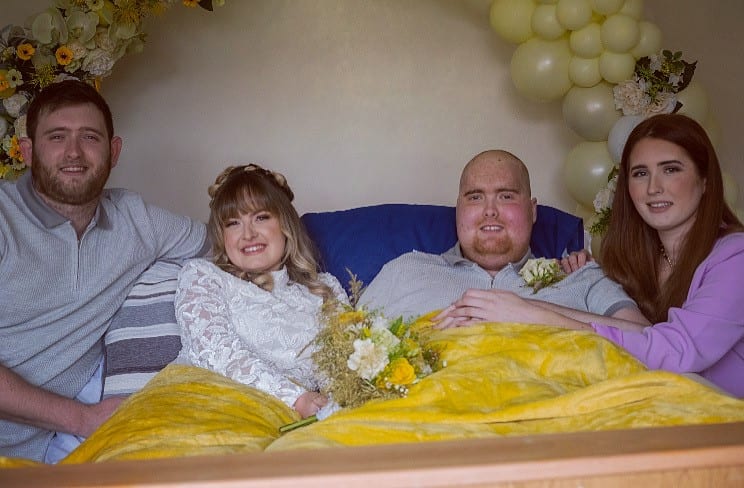 Jane says the reaction to Owen’s story has helped them get through the worst of times.

“I wanted to keep it as real as possible because I want people to know everything he has to go through, what it’s like to have glioblastoma, because it’s something they might never have heard of before – we certainly hadn’t.

“I also want people to know the good: the nurses who are there for him and for us and care so much, and the huge outpouring of love we’ve seen. I want to share it all.

“Every single day people send him something, they send messages and drawings and poems. They come to the house with things for him and someone even got a Maggie Fu’s takeaway delivered for us all.

“When he was having his radiotherapy, we’d drive from Maghull through Aintree past Franco’s restaurant and he used to say, ‘I’m going to go there when it’s open after lockdown.’ I messaged them when they said he might only have a few days left to live and they brought his favourite meal personally to the door.

“People in Liverpool have looked after him so incredibly.

“Me and mum are with him 24 hours a day now, I sleep on the floor and my mum sleeps on the couch in the living room, so we never leave him. But I can go on my phone for five minutes and look at all these people who are here for us and just for those few minutes it’s like having this amazing blanket of support.”