Keep your eyes out for these new artistic commissions of Chinese zodiac animals around the city centre - The Guide Liverpool
Contact Us Advertise with The Guide Our Video Services Follow us: 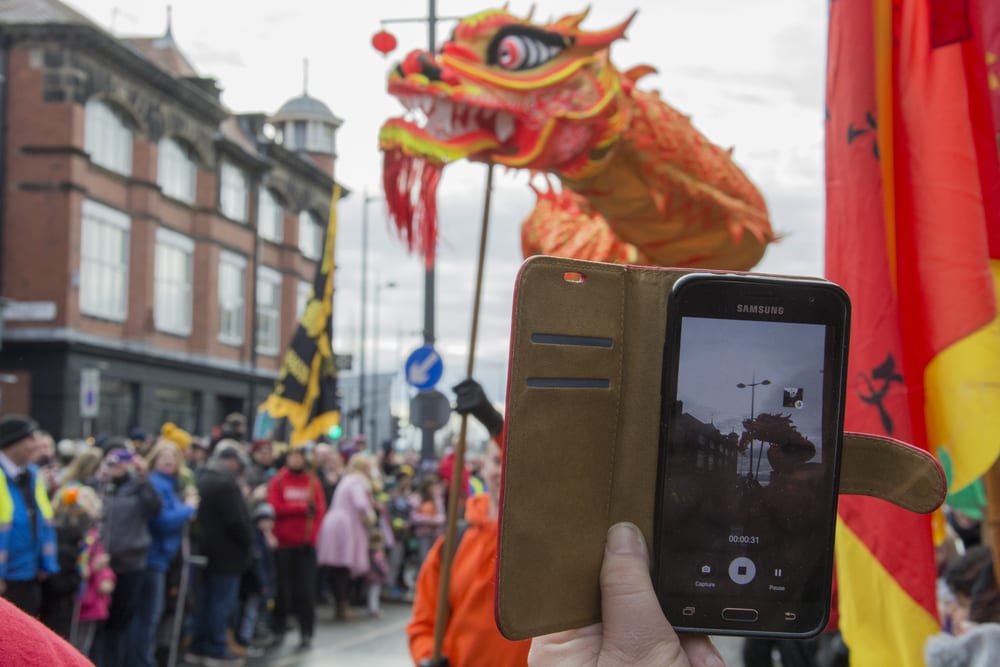 The countdown to liverpool’s Chinese New Year festivities is officially on. You might have spotted the lanterns around the city centre, but there’s also something else you need to keep an eye out for.

From Friday (1 February) huge images of the 12 animals which make up the Chinese zodiac will appear on walls or in shop windows in the days leading up to the main celebrations on Sunday 10 February.

Designed by local artist Cherie Grist, the locations of the ox, tiger, rabbit, dragon, snake, horse, goat, monkey, rooster, dog and pig are being kept under wraps until they are all unveiled.  However, Cherie has revealed the rat will be the first to make its appearance on the side of the Havelock Building (the former Cabin nightclub) on Berry Street on Friday.

The first person to tag @TheGuideLpool on Twitter or Instagram into selfie style pictures with all 12 zodiac animals will win a Chinese Banquet for two at a Chinese restaurant of their choice.

Winner will be announced on Tuesday 12th February, in the case of a draw a winner will be selected at random from all who entered. Prize value is £75. Once you have tagged us in all 12 pictures you must either DM  or email us [email protected]

MORE: 10 things to do during Chinese New Year in Liverpool

The appearance of the animal artworks will coincide with thousands of Chinese lanterns adorning city centre streets, and a number of buildings including St Luke’s Church (the Bombed Out Church), Everyman & Playhouse Theatres and Sefton Park Palm House turning red in homage to China.

The build-up continues on Saturday 2 February when the Liverpool Hung Gar Kung Fu Friendship Association parade through the city centre, performing a traditional dance symbolising good luck and good fortune, banishing the winter and welcoming spring.  Starting on Bold Street at 1pm, it will travel along Church Street and onto Paradise Street, ending near John Lewis in Liverpool ONE.

Also from Saturday, an augmented reality trail will be launched giving people the opportunity to explore Chinatown, searching for signs that will bring to life the magical journey of a little girl called Jingwei and her pet pig’s journey from the East to the West.

All the celebrations mark the 20th anniversary of Liverpool’s twinning with Shanghai.

The augmented trail and the zodiac artwork has been commissioned by Liverpool City Council. Created by First Take, Pagoda Arts and Illuminos. It is written and directed by Lynne Harwood, features Zilan Liao with the Chinese Youth Orchestra, animation by Illuminos and music by Jah Wobble and Pagoda’s emerging young musicians.

To find out about all the Chinese New Year celebrations which includes the projections and pyrotechnics on the Chinese arch from Friday 8 February up to the main day of family friendly activities which starts at 11.30am on Sunday 10 February, visit www.cultureliverpool.co.uk/cny.