Kirkby's Christmas Crusade aims to collect over 7,000 selection boxes for kids this year - The Guide Liverpool
Contact Us Advertise with The Guide Our Video Services Follow us:

Kirkby’s Christmas Crusade aims to collect over 7,000 selection boxes for kids this year

The team behind Kirkby’s Christmas Crusade is aiming to collect more than 7,000 selection boxes to give out to kids as part of this year’s event.

Andrea Roberts, Franny Briggs and Jay Murray organised their first Santa sleigh tour around the streets of Kirkby over four nights in the run up to the big day in 2020.

With children’s characters on a decorated truck, they handed out thousands of selection boxes to youngsters – far more than they’d expected.

So much so that, after just day two, they had to set off around the north west on a mission, searching the shelves to find supermarkets which hadn’t sold out.

The reaction from local families was so huge that they’ve already started planning for this December and Andrea is hoping the local community will rally round to help them stock up ready. 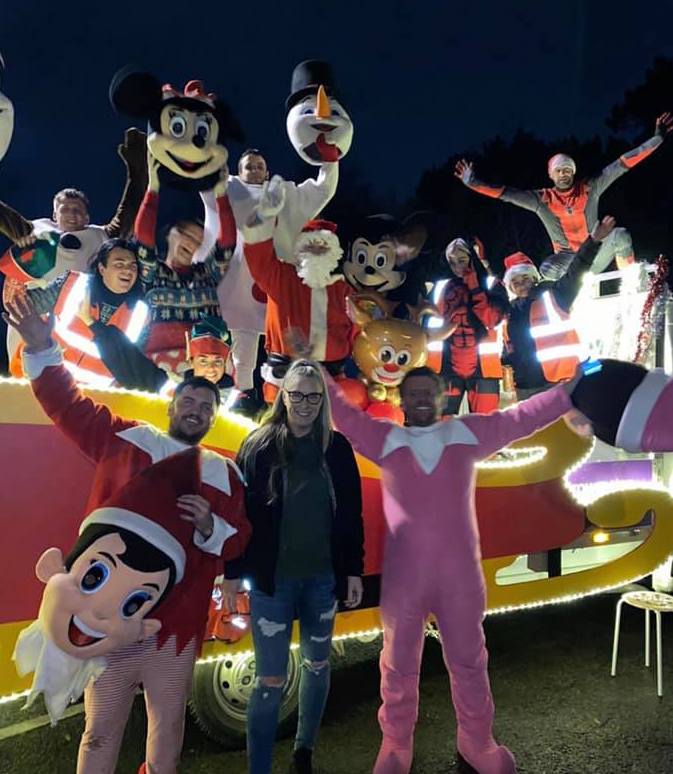 “Due to the success of last year, which was far bigger than any of us had expected, we’re reaching out to people now for donations about two months earlier than we did in 2020,” she explains.

“Last year was massive, we started off with 4,000 boxes – 1,000 for each of the four nights – which was our target, but by the time we got to the second night we had none left.

“We had to ask for more donations to be dropped off, we had companies sending money to Franny so we could go and restock, and we even travelled up to Southport, to St Helens and Wigan, anywhere that had any, because there were no selection boxes left in Liverpool.

“In total we went through 7,000 selection boxes and just over £600 which covered all our event and public liability insurance, so this year that’s our minimum target and if we could get more then that would be amazing.”

Andrea, Franny and Jay launched Kirkby’s Christmas Crusade with the idea that no child in Kirkby would have to miss out on seeing Santa.

“It can be expensive for families to take children to a grotto, so we wanted to take away the worry and make sure everyone could see Father Christmas without having that cost,” says Andrea.

With a team of volunteers making sure youngsters didn’t run in front of the sleigh, Kirkby’s Christmas Crusade visited 28 roads last year, taking in Tower Hill, Northwood, Southdene and Westvale over four nights.

The response, says Andrea, was incredible. “It was absolutely crazy. We had no idea what it was going to be like but I remember going to Tower Hill, the first road we went into, and I just burst into tears.

“So many people had actually come out to see our sleigh, they were standing shoulder-to-shoulder in every street. It was like our version of the Macy’s parade in New York, like you see on Miracle on 34th Street!” 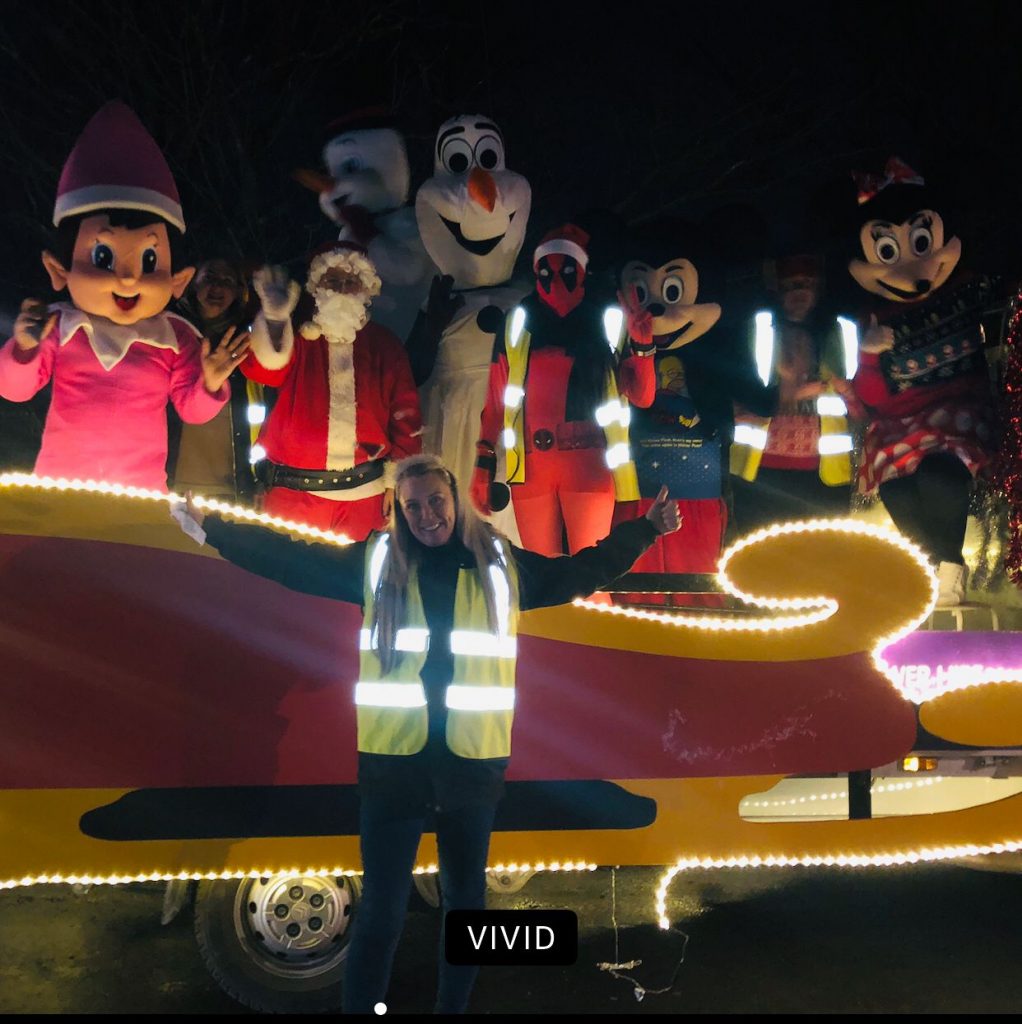 Lockdown restrictions meant the organisers had to be extra careful last year, liaising with police each day to ensure crowds stayed safe.

“We worked so closely with police all the way along and they were asking us to put posts out reminding people to social distance and stay in their bubbles.

“I spoke to the inspector every morning and they’d give us the OK for that night, they didn’t get any reports or complaints at all.”

Once the sleigh was packed away last December, Andrea, Franny and Jay began thinking about this year’s event.

“We’ve been so excited all year to do it again, that’s all we talk about when we meet up,” says Andrea.

MORE - Welcome Back: A love letter to Liverpool’s football stadiums after being empty for so long

The three friends arrange Kirkby’s Christmas Crusade alongside their own regular jobs, giving up their time in the planning and then the four days of Santa’s sleigh tour.

And Andrea, who works for Riverside Housing, says there’s been no shortage of offers of help from volunteers who want to be involved too.

The 2021 Kirkby’s Christmas Crusade will be over four nights again, week beginning December 13, with a slightly amended route to take in Field Lane. It will set off at 6pm each night, finishing at around 9.30-10pm, with the route shared on social media.

Characters will be along for the ride too – the naughty elves, Olaf, Frosty the Snowman and Mickey and Minnie – giving out the selection boxes. 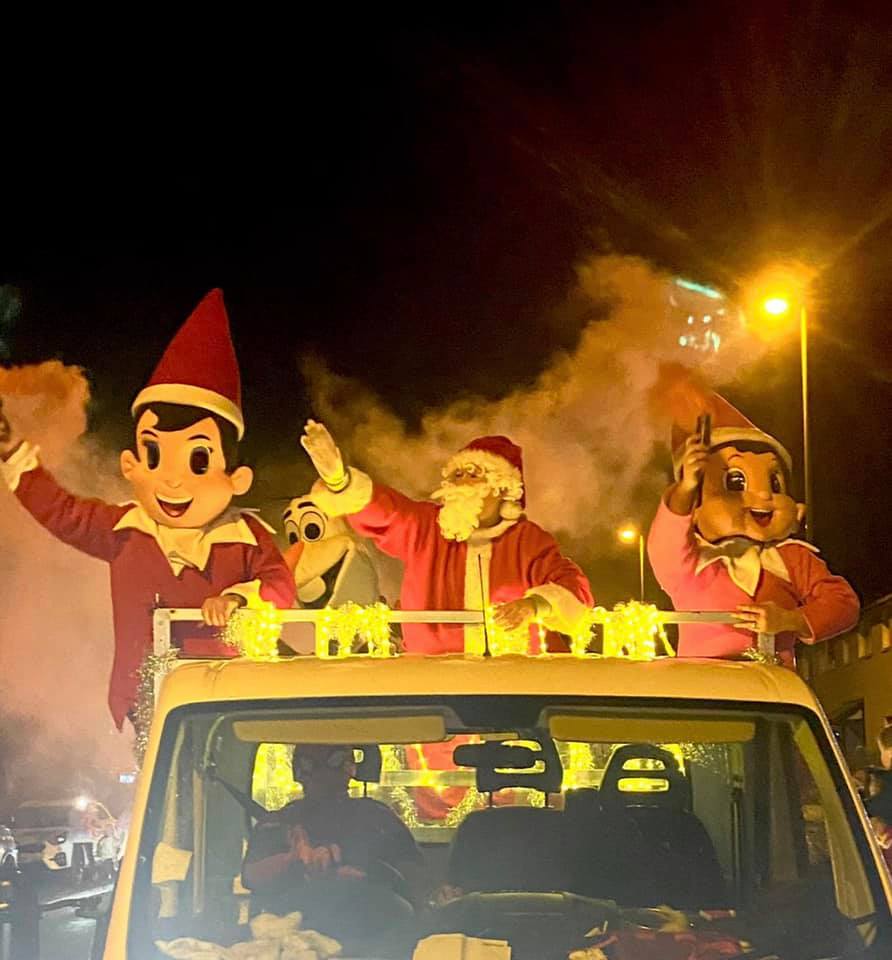 Andrea, Franny and Jay will announce drop-off points over the next couple of weeks and they’re hoping to work with the new Morrisons in Kirkby – especially as they’ll be playing a part in its opening.

The three were nominated as local heroes on the supermarket’s community page, so they’ll be cutting the ribbon when the store opens at the end of this month.

Now with planning taking shape, they can’t wait to get out there with Father Christmas and his helpers again.

“It’s just so rewarding, it was definitely worth all the effort,” says Andrea. “I don’t think there was a night that I didn’t cry, I was just overwhelmed by the kids’ faces.”