Ladies Day 2022: Over 40,000 race goers return to Grand National Ladies Day at Aintree Racecourse - The Guide Liverpool
Contact Us Advertise with The Guide Our Video Services Follow us:

After two years away, the crowds came back in their thousands for a sun-soaked Ladies Day at Aintree and, as always, the fashion was glam and gorgeous.

Like those beautiful blue skies we’d all kept our fingers crossed for, there was plenty of bright to be seen as racegoers went for hot pinks, vivid oranges, yellows and lime greens as well as bold colour clashes.

And instead of brollies getting blown inside out like yesterday, it was all sunnies on and coats off to make sure those outfits and some fantastic hats and fascinators got the best show.

Fabulous Friday is always a huge one at the Randox Grand National Festival and this year the atmosphere was off the scale, right from gates open at 10.30am until well after the final race.

There were queues forming from early in the morning for photos in front of the flower wall by the entrance, then it was straight on to sign up for the highlight of the day (other than the racing obviously) – the Style Award with our own Jay and Gemma on the judging panel.

With a great prize package up for grabs, including £5000 in cash and a £500 voucher from award partners Never Fully Dressed, everyone – including lots of very dapper looking blokes – couldn’t wait to get themselves in front of the camera and give it a go.

After much debate, and a really difficult decision, it was Irish racegoer Donna Mulligan who was named as this year’s contest winner, looking stunning in a long red dress with matching headpiece.

Once the racing was finished, Ladies Day definitely wasn’t over – it was only just getting warmed up.

If there’s one thing Aintree loves, it’s a post-race party and it really went off in true Scouse style, all hands, phones and drinks in the air, at the Red Rum Lawn with Craig Charles DJing and getting a packed crowd absolutely bouncing. 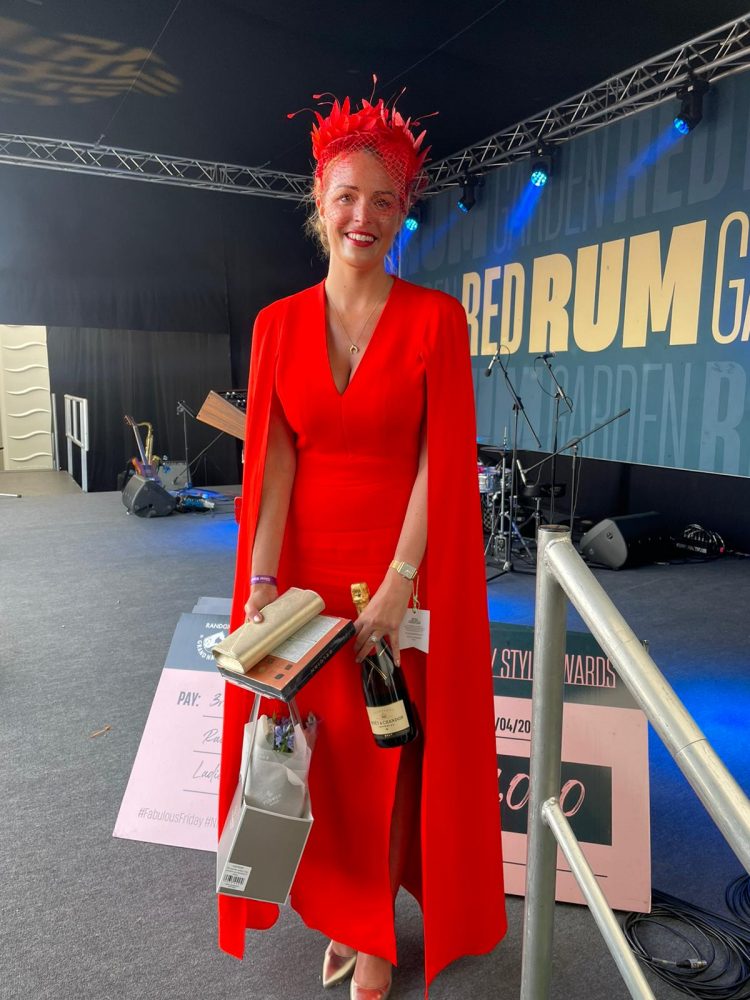 And even better? We get to do it all again tomorrow!

It’s the big one, the Grand National Day on Saturday, and there’ll be a sell-out crowd to make sure it’s incredible.

If you’re coming, the gates open a bit earlier than on previous days – at 10am – so get here early and give yourself loads of time to make the most of the atmosphere at the world’s greatest racing event.

Don’t forget, Merseyrail has increased the train service between the city centre and Aintree, so they’re now running every 10 minutes and it’s definitely the least-hassle way to get to and from the course.

MORE - Ladies Day: All the latest from Aintree for the most fabulous day of the year, Ladies Day 2022

The first race is at 1.45pm and the last one is 6.20pm, but it’s the National itself at 5.15pm which will have millions of people watching from all around the globe.

Will Rachael Blackmore, who made history as the first woman to ride to victory last year, be able to do the double on Minella Times?

The punters are loving her, and they’re really getting their money behind the grey Snow Leopardess who’s got a classic Aintree fairytale backstory, but as anyone who’s bet on the race in the past knows, the National is always anyone’s race.

And honestly, when you’re heading back into town with your flip-flops on after an amazing day, it feels like everyone – including our city – has been a massive winner.

See all the action as it unfolded at Ladies Day here.