Lennon: Through a Glass Onion - Review - The Guide Liverpool
Contact Us Advertise with The Guide Our Video Services Follow us:

Lennon: Through a Glass Onion – Review 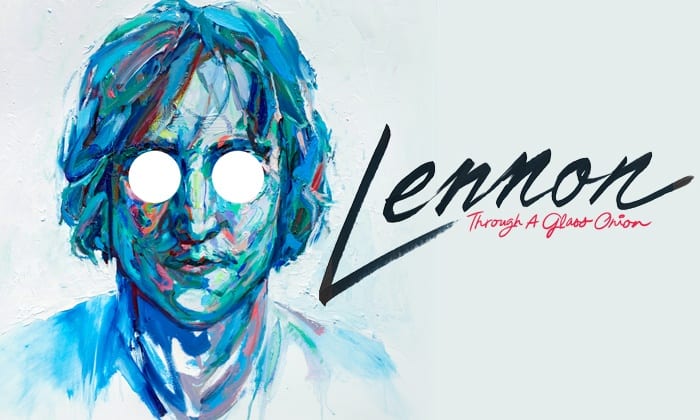 When I heard about Lennon – Through a Glass Onion I knew that I just had to go and see it! Since then I have eagerly waited to go and watch it, not knowing what to expect. Less than a month ago I had the pleasure of watching The Sessions in the Echo Arena hearing imitation of the Beatles in a large production. I have become accustomed to hearing others imitate The Beatles through years of enjoying the Cavern Club that I can sometimes approach as very critical when watching people play their part. However, Daniel Taylor did not disappoint.

For those unaware of Daniel Taylor, he is one of the finest actors that our city has on offer. His recent tour of The Tommy Cooper Show has had rave reviews. He is fresh from Down the Dock Road in the Royal Court and he is a real credit to the city we live in. However, taking on John Lennon is really a task for the really brave or really stupid, in particularly in Liverpool. John Lennon had a distinctive style and sound and to play him really takes somebody special.

There was moments in this production where I closed my eyes and just listened to the sound being made, notably during “God” “Woman” and “Watching the Wheels” and I simply couldn’t’ fault the comparison to Lennon vocally. Which is possibly the highest compliment I can give to Daniel Taylor, who performed a monologue for the duration in the character of Lennon set in the moments before his death.

Daniel Taylor was joined by Stewart D’Arrietta who couldn’t be faulted. His moments of dialogue were funny, and his musical talent was on display for everyone to see.

However I must say that this is not a play – this is art, almost like something you would see in the Everyman Theatre – Something for those who enjoy seeing dialogue and raw acting talent rather than a show or production. I would even go as far as to say that typical Beatles fans who enjoy rock and roll and a good sing along may not find this their cup of tea, simply because of how stripped back it is. It is simply 2 extremely talented men playing music and musing over the thoughts of John Lennon in a very basic production.

We also know that even John Lennon struggled having the voice of John Lennon – During the recording of their first album, John had no voice left after 1 day of singing and recorded Twist and Shout in just one single take! Daniel Taylor was suffering with his vocals, notably in the first act – But when playing a raw voice like Lennon that is to be expected. However this wasn’t helped by various microphone issues throughout the second act, that seemed to be picked up on by Stewart D’Arrietta who looked visibly frustrated about it on stage.

With this said – What better way to celebrate the life of John Lennon than with a stripped back, artistic, raw and real interpretation of his troubled thoughts? The show set out what it was supposed to do and for that I would say that for those who appreciate John Lennon and appreciate good talent this show would be well worth seeing!

It is real raw authentic art and a touching interpretation of John Lennon.