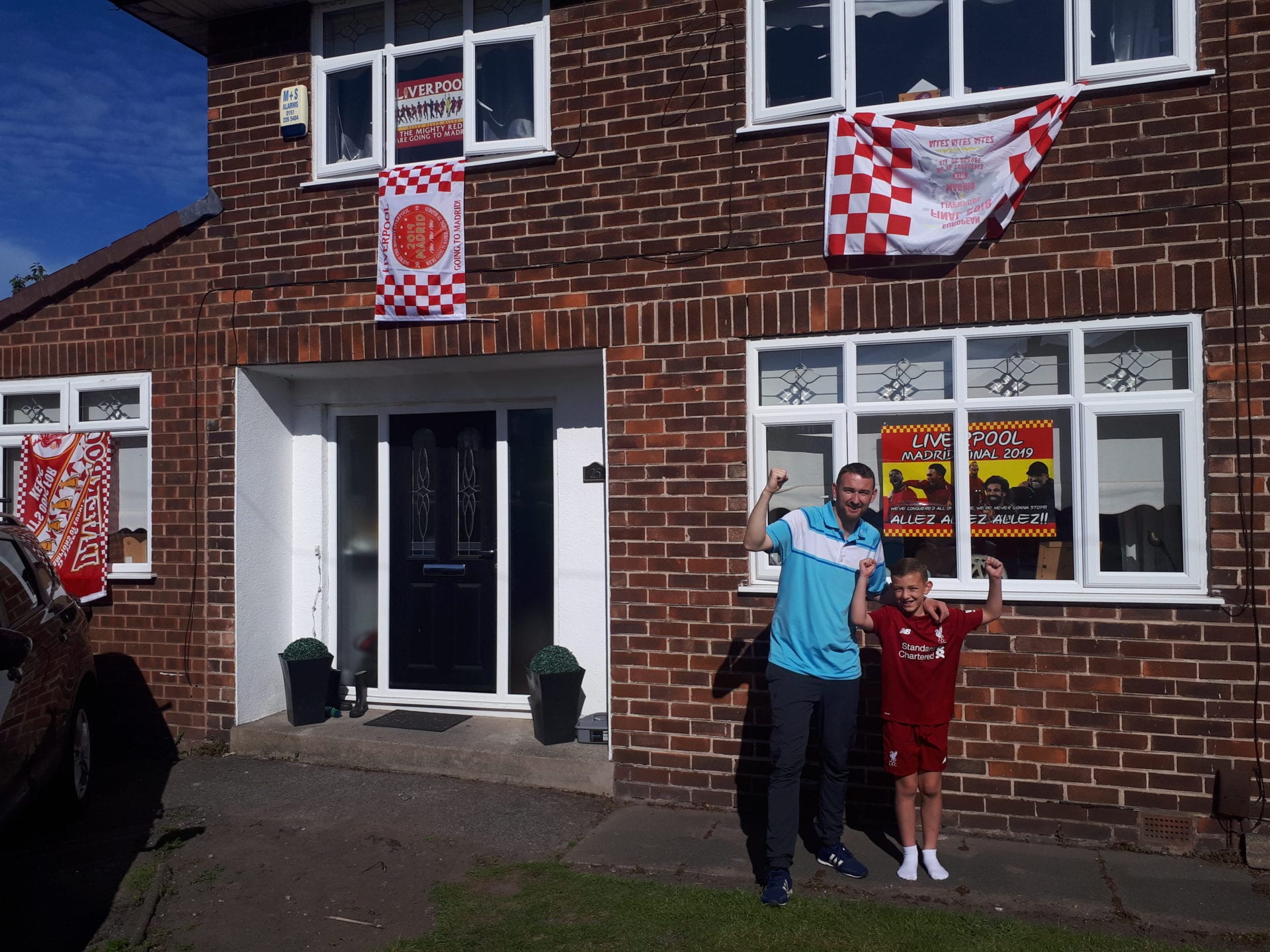 One lucky Liverpool FC fan proves the old saying ‘if you don’t ask, you don’t get’ and secures his place at the Champions League final in Madrid.

Life-long LFC fan Gary Heath was never in doubt that he’d be going to Madrid with his beloved reds. Having booked his flights and accommodation in the Spanish capital a week before the Champions League semi-final, all that was left to do was secure a ticket for the match.

Like thousands of others, 39-year old Gary lucked out in the official ballot for final tickets and not wanting to resort to touts, spent night after night wracking his brain for a way forward, he explained: “I’d been lying in bed trying to come up with a plan. I work in a school where I regularly write bids for grants and funding and my wife is a Spanish teacher, so I thought why not combine the two and write a letter to the top companies in Spain and ask for help?”

Gary set about researching the top businesses and figureheads in and around Madrid. Crafting a letter to explain his dedication to the club, his impeccable Spanish, thanks to wife Karen and even mentioning family holidays in Madrid to try and curry favour. Gary wrote to the Prime Minister, both the president of Real Madrid and Atletico Madrid, Telephonica, Repsol and also Spanish banking giant, Santander.

More: This is where you can watch the Champions League final in Liverpool.

A new dad, Gary was walking his new born son’s pram around his native Aintree earlier today (Saturday 25th May 2019) when he decided to check his emails. After a couple of polite and friendly rejection emails earlier in the week, Gary couldn’t believe his eyes when a reply from Santander dropped into his inbox. Gary said: “I’m scanning over this email, all in Spanish of course, and thinking to myself, oh my god, they’re not negative words. This is a yes, I’ve got a ticket!

“I’m screaming all over the street, I woke the baby up so he’s screaming as well, people are looking at me. I had to call my missus and she’s all panicky telling me to calm down, thinking something had happened with the baby. I forwarded it on to her to translate and sure enough, I’ve been gifted a personal ticket for the Champions League final.

“I replied thanking them and sent some pictures of me and my lad in our shirts out the front of the house which is all decked out in the flags. I still can’t believe it. I know it was a bit cheeky. Someone said shy boys get nothing and in this case it looks like that’s true.”

The email response said: “The demand for tickets to the final is still huge, and it is very difficult to meet all the requests that are coming to us, but your passion for your team has decided me and I am going to send you one of my tickets that I have acquired personally.”

Gary continued:”My phone hasn’t stopped with people offering me money for the ticket, but there’s absolutely no way I’m missing this chance to see the reds go all the way in Madrid. I’m just wondering now if I can still have a pint, I’ve no idea where I’ll be sitting or anything.”

More: The Road to Madrid, this is your guide to getting to the CL final.