LFC: Your Guide to the UEFA Champions League Final Festival in Madrid - The Guide Liverpool
Contact Us Advertise with The Guide Our Video Services Follow us:

LFC: Your Guide to the UEFA Champions League Final Festival in Madrid 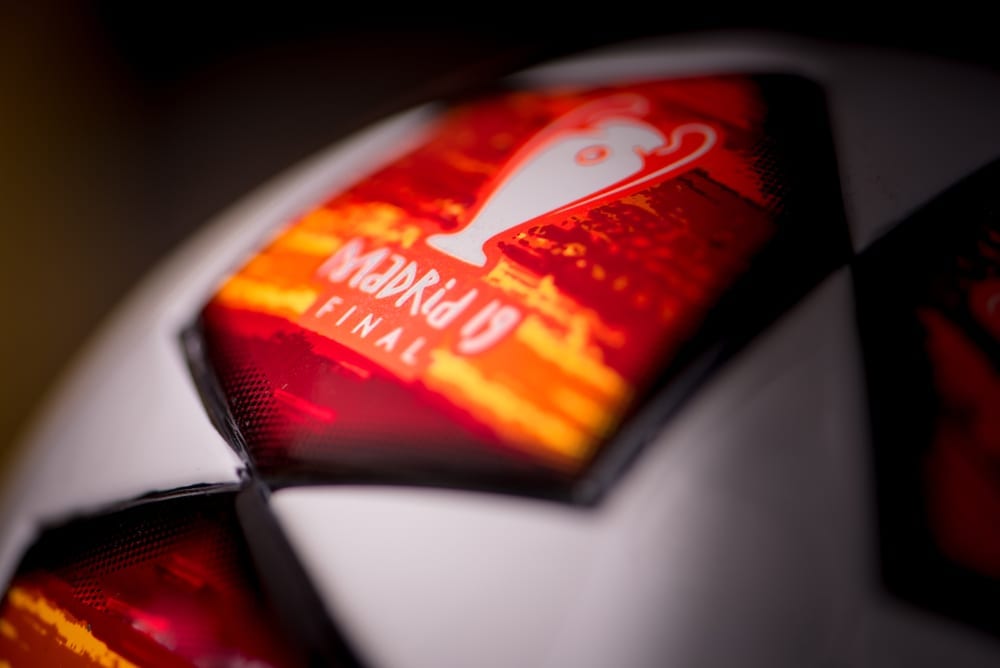 Trains, planes, campervans, ferries, however you’re getting to Madrid, this is what’s happening in the Spanish capital for the Champions League final.

There’s a four day Champions Festival of football and fun planned for this weekend in Madrid and we’ve got the official word from UEFA on what fans can expect. As loyal reds begin their journeys to Spain, a lucky few with direct flights, some resorting to the 2,400 mile drive, others hopping on the Eurostar, we’ve got all the details of where the free entertainment is taking place so you can line up your first, ice cold pint.

Still need a ticket? Head to the Heineken and Playstation official partner stands for a chance to win tickets for the game! Scroll down for info.

From Thursday 30th May until Sunday 2nd June, four central locations in Madrid will host free to attend events including live music, presentations, demonstration matches and more from 11am. There’s even a chance to have your picture taken at the huge trophy selfie point, when in Madrid!

This is your guide to the UEFA Champions Festival…

There are four main venues hosting the Champions Festival this weekend in Madrid. They are;

1 – Plaza Mayor, this is where you’ll find the UEFA Champions Pitch

4 – Plaza Oriente is where the giant trophy selfie point is located. Do it for the ‘gram!

Metro stations in Madrid are really handy for getting around the city. If you’ve had to stay miles away from the ground, fear not. Estadio Metropolitano is the nearest and largest station to the ground. You can also get directly into the centre of Madrid from the Airport using the metro. Check out the tube map and plan your journey here.

EMT Buses in Madrid are red and there’s loads of central and suburban bus stops, they can get you to any part of the city. The buses operate between more or less from 06:00 and 23:30, depending on the line. From 23:30 – 05:00 am there are night buses running but its best to check the timetable here to plan your journey.

Uber is popular in Madrid too so if you’re running short on time and can’t fathom out the bus or metro network, get on the app and jump in. Madrid Uber info here.

More: Where to eat, stay and how to get to Madrid this weekend.

There’s a whole host of official Champions League partners setting out stalls to entertain this weekend in Madrid. Nissan, Mastercard, Santander, PlayStation, Heineken, Lays, Pepsi, Gazprom and more have loads of interactive activities and shareable photo and video points to make the most of your Madrid weekend. There’s also a chance to win match tickets to get there from 11am on Thursday to get lucky.

1 – Head to Puerta del Sol at 11am on Thursday for the official opening ceremony and see the trophy arrive.

2 – Get behind UEFA’s #EqualGame campaign and have a go at taking penalties blindfolded and on crutches. Plaza Mayor, Friday.

5 – The one and only, Roberto Carlos will drive the UEFA Champions League trophy from the Nissan stand to the Estadio Metropolitano ahead of the final

6 – Get into the spirit with a live performance from superstar DJ act Dimitri Vegas & Like Mike presented by Pepsi on the main stage from 10:15pm on Friday night.

7 – There’s free play sessions on the pitch at Playa Mayor on Friday night. A kick about with your mates before the big day, perfect!

8 – Visit the UEFA Royal House of Football, featuring the #EqualGame Zone and the UEFA Shirt Gallery.

Time in Madrid is GMT+1 so don’t forget this when you’re booking flights. Kick off at the Wando Metropolitano Stadium is 8pm local time.

Money is a bit of a sore point after you’ve paid out for your flights and hotel. Euro is local currency and at the time of publishing 1 euro is worth about 86p. We’re hoping you get a better exchange rate! A pint will cost you anything from 1.50 €  to 4.50 €  depending on your choice of bar.

Weather will play a part in your Madrid trip. The average temperature for early June in Madrid is around 21 degrees. It’s been as hot as 29 before though so maybe stick a bit of sun cream on your fod to avoid being burned to a crisp and looking like a div on the flight home.

MORE: THESE 8 TWEETS SUM UP THE CHAMPIONS LEAGUE SEMI FINAL WIN AT ANFIELD.

5 things to eat in Madrid

No doubt you’ll be running on adrenalin this close to kick off but if you do need a little sustenance, these are the top 5 cheap eat recommended restaurants in Madrid according to Trip Advisor users.

This inconspicuous pizza joint on Calle De Saulde ranks 7th out of all Madrid eateries. People love the freshly made pizzas for a quick bite on the go. Menu here.

Nothing beats a chunky butty and after all that travelling, Trip Advisor users recommend tucking into a bocadillo/sandwich from this outlet, stuffed full with Iberico meats, cheeses and more. Menus here.

Sound like our kind of place this! But rather than being stocked full with mini spirits bottles, El MiniBar, serves up amazing tapas in a friendly atmosphere. When in Rome as they say! Menus here.

Famed as the ‘ultimate burrito spot’ in Madrid, Cherry Pecas prides itself on dishing up the freshest, most generous portions of all things Mexican cuisine. Nerves gone? Get some tacos down you. Menu here.

With 30 years experience of serving traditional tapas and Spanish dishes to the masses, Gandario on Calle Gaztambide specialises in iberico meats, sharing plates and plenty of cider, portions are huge and really reasonably priced. Menus here.

We want to hear about your journey to Madrid. Are you hatching a mad plan to get to the Champions League final? Drop us a line on Twitter, Facebook or Instagram and we’ll share the best on our socials.