Life Lessons from The Beatles in 1966 - The Guide Liverpool
Contact Us Advertise with The Guide Our Video Services Follow us:

Life Lessons from The Beatles in 1966 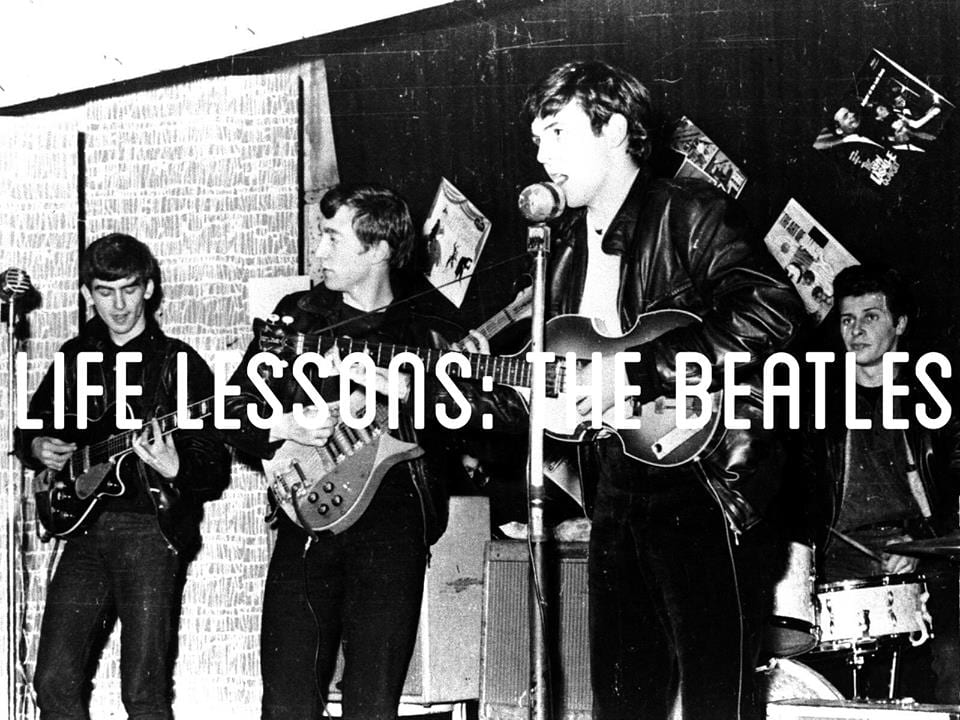 Home › Beatles › Life Lessons from The Beatles in 1966

The Beatles are known as the greatest band to ever exist – and many argue ever will exist. But the way in which we view this is in a limited way, we haven’t got the ability to time travel so our generation doesn’t know of the highs and lows the band had – Unless of course, we take the time to read about them.

For me, I regularly read about the Beatles and I can tell you – There wasn’t a stranger year for the Beatles than 1966. This time 50 years ago the worlds greatest ever band was experiencing their low point. The band had went to the Philippines and had accidentally snubbed a party invite from the first lady. Brian Epstein, the Beatles manager had simply declined a formal invite from what he seen as political PR and thought nothing of it. However the nation took this as a huge insult, and literally chased the Beatles out of the country. The police withdrew all help meaning the Beatles had to defend themselves from attacks from the locals who had suddenly began to hate them. Lennon got home and said that “He wouldn’t visit Manilla ever again unless it was with an H-Bomb.”

As we know from that comment, Lennon was prone to say comments that people may find offensive. None more so than a comment that had surfaced from an interview where John had said “To these kids we are bigger than Jesus” – It was then quoted in Dateline magazine with a sensationalist angle. Causing many radio stations to boycott the Beatles, some even arranging public burnings of Beatles albums – and then the KKK got involved, with comments of hate and threats of “surprises” at their upcoming tour.

Under threat of the KKK it ruined the Beatles last tour with fears that John Lennon may get shot. At one concert there was panic when someone set off a firecracker and everyone on stage turned to look at Lennon expecting him to be hit.

Later that year the Beatles stopped touring, they grew their hair, released their most controversial album cover and that year became known as the beginning of the end of The Beatles. But why is it relevant to us today and what can we learn from such a troubled year?

While the Beatles were getting chased  in Manila, they eventually got on the plane and got off out of there. When they had their controversy over Johns Jesus comments, it didn’t destroy them. When their Butcher cover got pulled it created a market for collectors. When they changed their image it made young girls cry but it made adults take them more seriously. “All things must pass” – and that includes the bad times.

Your good can be remembered

Beatles historians and people from around that time remember the comments and events, but what about our generation? Many people these days know the great work of the Beatles and love their music without even thinking about John’s comments. When John Lennon was shot in 1980, people quickly moved on from his many short comings and remembered his message of Peace, Love and Equality and his want for a utopian world without religion and war. For us we can take hope from the negative comments said about us may be forgotten, and the great good that we have created can be remembered.

It makes a great story

You can just picture the lads years later sitting around together laughing about the time when they got chased out of the Philippines, having to hide in a group of Nuns and Monks just so they wasn’t noticed in Manilla. How many times does this happen? You have nightmare day where everything goes wrong, but years later it’s brilliant to sit around and laugh about. 1966 for the Beatles provide a great insight into what they were and what they went on to be. Without a middle – the beginning and the end are useless. When things aren’t plain sailing, it creates a great story.

The Beatles went on to record Sgt Peppers Lonely Heart Club band the year later, which is now known as the greatest album of all time. The pressures and change that was almost forced on them in 1966 created the perfect environment for them to create Sgt Peppers in 1967. The changes that happen in our life can seem like the worst thing in the world but they always open new doors.

Later on The Beatles broke up, in many ways because of 1966 when they lost their love of touring and lost faith in the media – They started spending too much time together in the studios and grew apart. What then happened was other bands took their place. John, Paul and George went on to release some of the world’s greatest ever songs as solo artists and maybe that would never have happened if the Beatles didn’t have their 1966.