LIMF Academy announce the class of 18′

Liverpool International Music Festival (LIMF) has announced the class of 2018-2019 for the acclaimed LIMF Academy which gives a platform for young Merseyside emerging talent, providing them with unparalleled help to launch their career.

The last five years have seen LIMF Academy showcase elite talent such as MiC Lowry (Universal Music Group, Polydor Records), XamVolo (Decca Records), Eleanor Nelly, Jalen N’Gonda and PIZZAGIRL, with many picked up by major labels and leading management as well as achieving national and international radio support from the likes of BBC Radio 1, 1Xtra and Radio 6. Successful graduates to LIMF Academy are chosen on the back of the outstanding demos that they submit, warding off hundreds of other applicants for the coveted opportunity.

This year, the three ‘most ready’ artists are LUNA, KYAMI and Raheem Alameen, who will each gain a place on the esteemed Elite Talent Development Programme. The Most Ready programme includes live sessions, professional advice and mentorship from LIMF curator Yaw Owusu, career investment, monthly masterclasses and skill development sessions, regional and national performance opportunities and numerous other benefits including a professionally produced biography, press shots and music development.

Click the LIMF Academy artists names above to listen to them on SoundCloud. 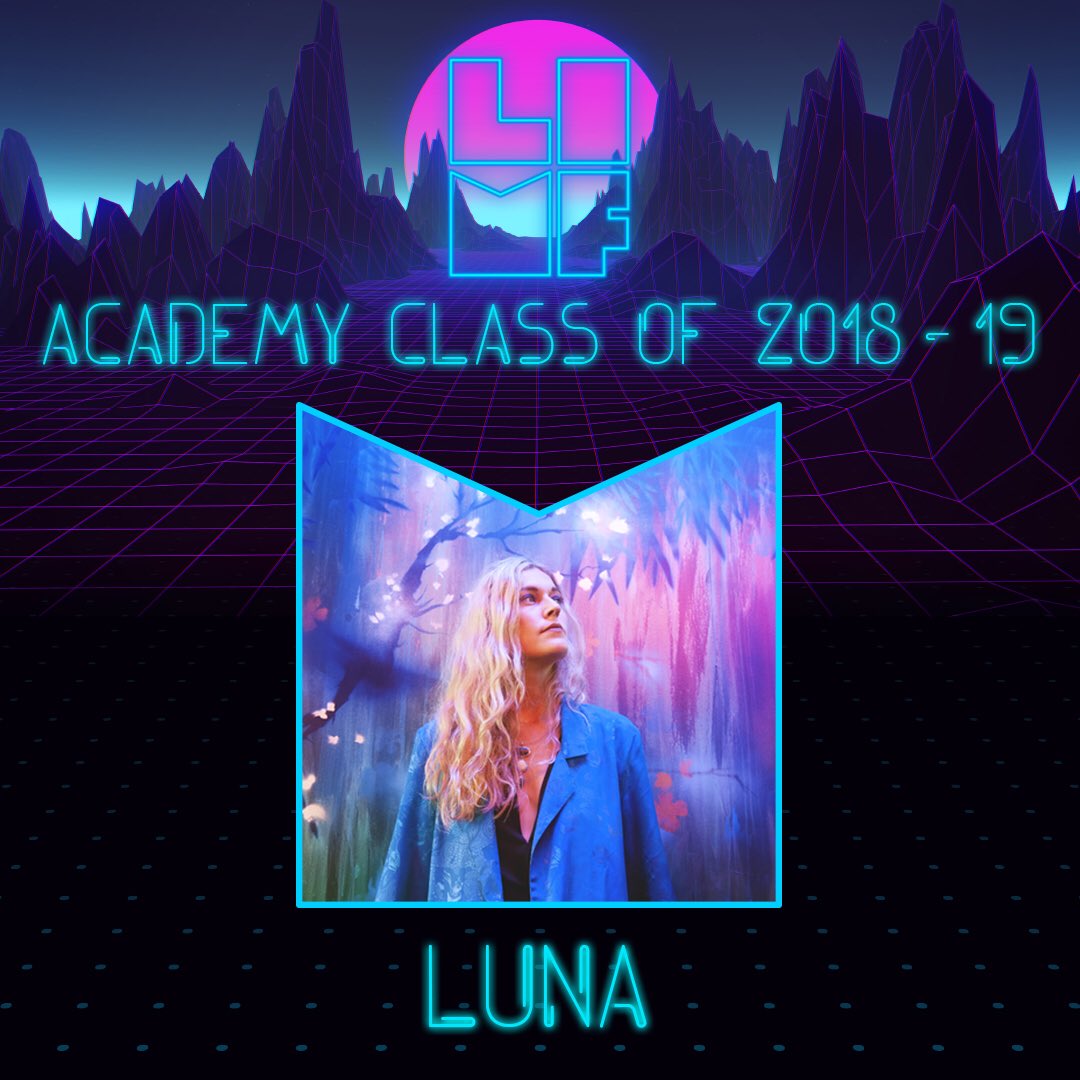 Each performer offers their own unique style and reflects the diverse landscape of the Merseyside music scene. LUNA, influenced by the likes of Grimes and Kate Bush, is a rising star in electronic pop. With stunning vocals and colourful electronic production, she has previously received support form BBC Radio 6, Amazing Radio as well as featuring on popular YouTube channels. After supporting the likes of Let’s Eat Grandma, Submotion Orchestra and PIXX, her daring and distinctive first EP makes her one to watch.

Joining her will be KYAMI, a singer-songwriter-producer from Upstate New York, based in Liverpool. Influenced by the likes of Anderson .Paak, SZA and The Internet, she has carved her own sound inspired by life experiences and fresh sounds. KYAMI hopes to reach out to those misunderstood and unappreciated with thoughtful lyricism and engaging instrumentals.

Raheem Alameen, the budding singer-songwriter with a soulful sound beyond his years. Having worked with the likes of Camelphat, Hazard Producer and Mike Seary, his work has been supported by the likes of the BBC and has continued to go from strength-to-strength.

The other shortlisted artists, CAVEPARTY, Delilah and New Jnr will also perform at LIMF 2018, receiving a wide range of support including workshops, rehearsal time and financial support. Additionally they will attend the LIMF Masterclasses, which includes sessions led by music industry professionals which focus on being heard, securing gigs, funding and doing it independently. 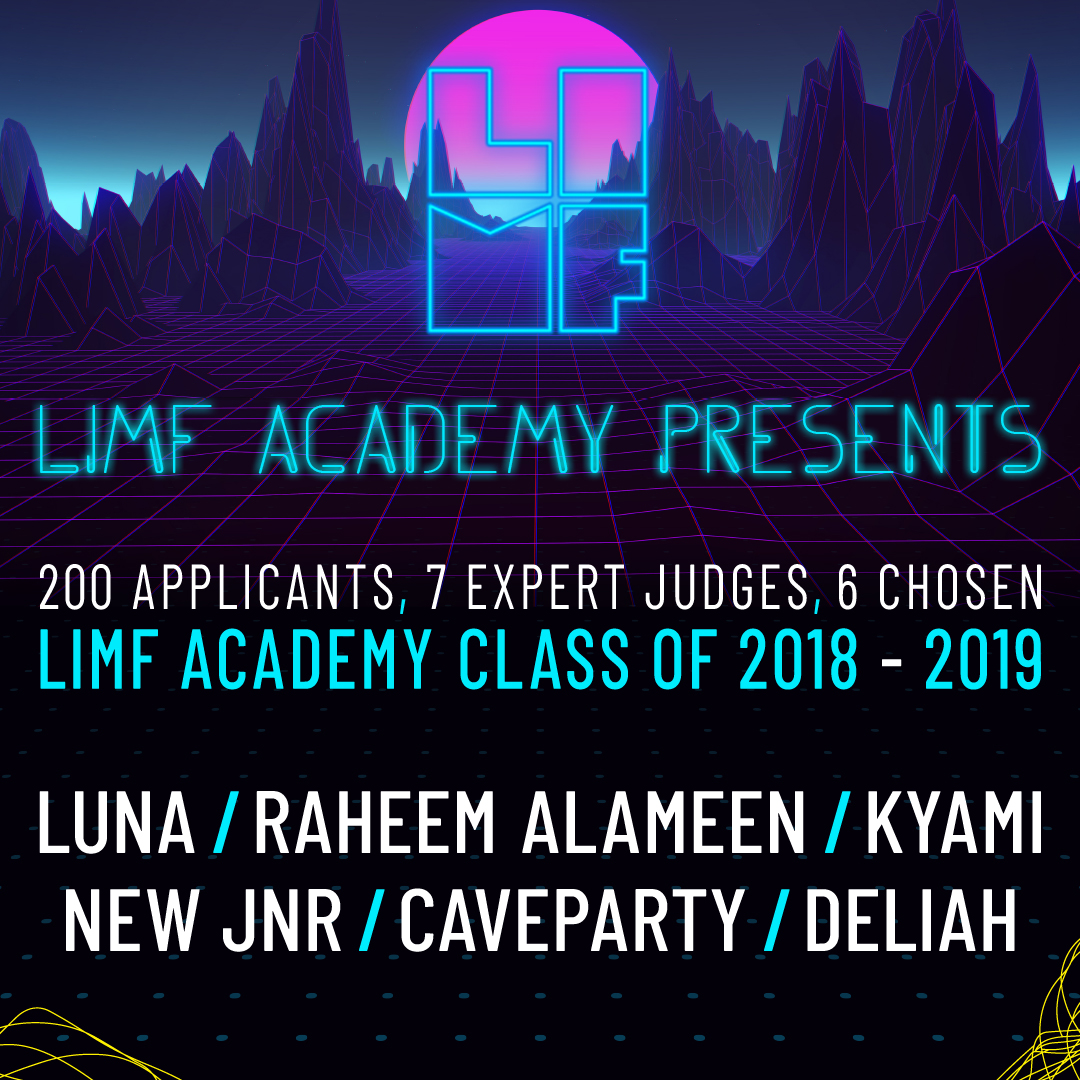 On LIMF Academy 2018, LIMF Curator Yaw Owusu says:
“The Academy continues to be a key indicator of potential elite talent and the actualisation of that potential. We are pleased to be able to run this programme for the 6th year and continue to play a part in the showcase and development of some of the most exciting emerging music talent in the city”.

LIMF Academy is open to all musicians from any genre aged between 16-25 and live in Merseyside. LIMF Academy will be looking for their next intake in Spring 2019, so keep up to date on LIMF Academy via Twitter and Facebook. For more information, please contact: [email protected]om 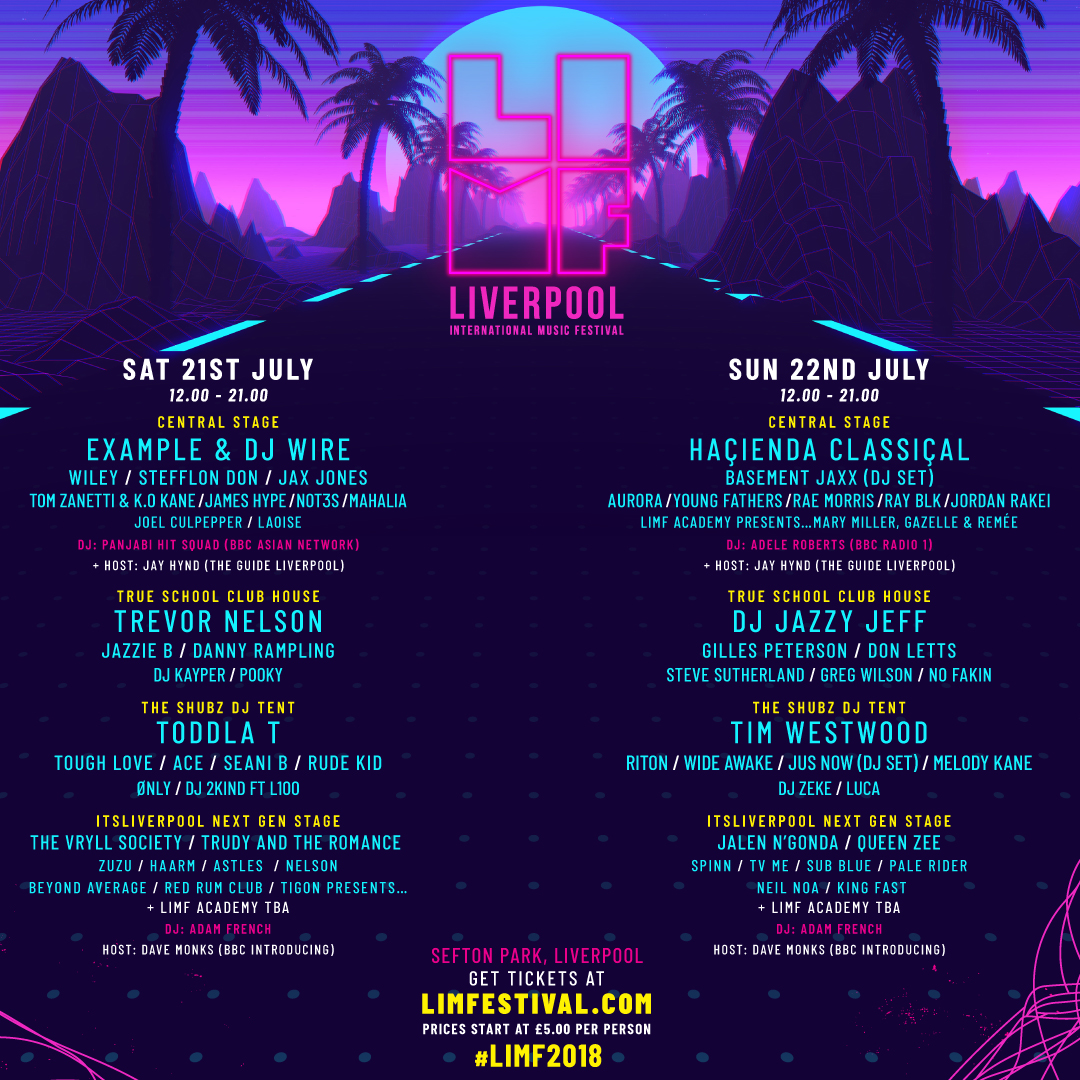 Playing at LIMF this year will be the likes of Haçienda Classiçal, Basement Jaxx (DJ set), Wiley, Example & DJ Wire, Jax Jones, Stefflon Don, Aurora, Trevor Nelson and more. LIMF is an inherently different music festival representing the next chapter of a global music city. Celebrating a decade of success since Liverpool being titled European Capital of Culture, LIMF shines a spotlight on the city’s pioneering approach to its ever-evolving music culture with an unbeatable weekend programme that brings together music that celebrates the past, present and future, spanning eras and genres that co-exist through the connection of music. LIMF takes place 21st – 22nd July 2018.

For more information and to book your tickets, visit www.limfestival.com.