Little Mix feel ‘cemented as a group’ despite break, says Perrie Edwards - The Guide Liverpool
Contact Us Advertise with The Guide Our Video Services Follow us:

Little Mix confirmed last week that they will be taking a break after their Confetti tour next year.

Perrie Edwards has said Little Mix feel “cemented as a group” despite their recently announced break.

The girl band – Edwards, Leigh-Anne Pinnock and Jade Thirlwall – said last week that they are going on hiatus after 10 years together, to “recharge” and work on solo projects.

Speaking during a documentary filmed at their respective homes, Edwards admitted being in the X Factor-formed group had at times been “horrendous”, but that she would not change a thing.

Reflecting on their decade together, she said on Little Mix At Home: “I think I will just take everything with me. Little Mix was everything for 10 years of our lives. It was our friendship, our sisterhood, our success. It was just the most incredible time in our lives.

“It was hard. It was horrendous at times. I can’t lie. We have to be honest about that. It was difficult. But I wouldn’t change any of it for the world.

“I just feel like the luckiest girl ever to even be in the group. Just what we achieved, I am so grateful.

“Difficult times I would say would be struggling with personal stuff and then having to put on a brave face and act normal and get on with it when it is really hard and you don’t want to. 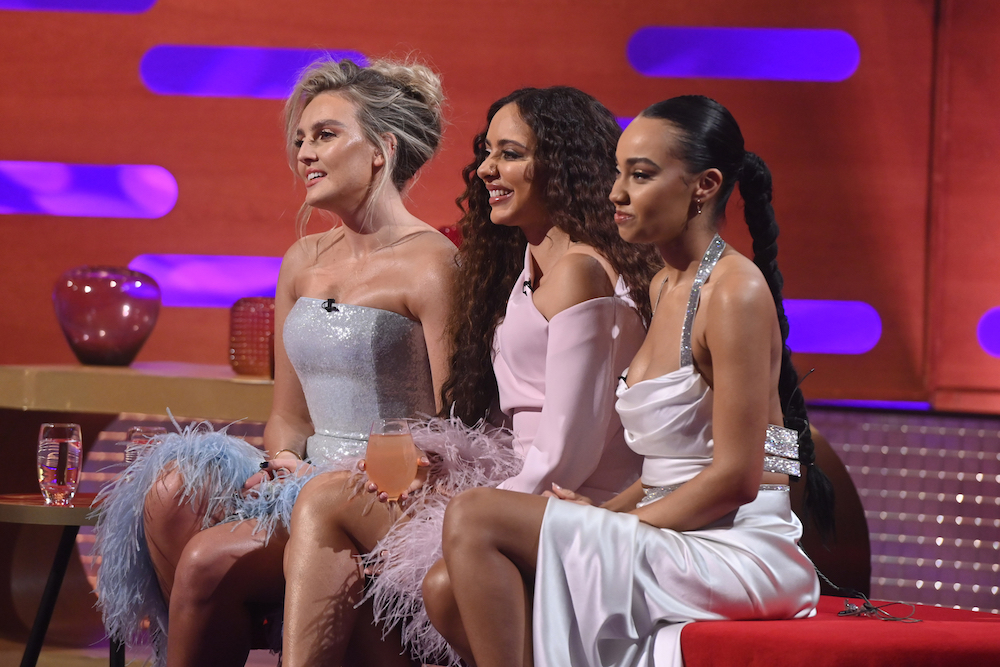 Perrie Edwards, Jade Thirlwall and Leigh-Anne Pinnock during the filming for the Graham Norton Show to be aired on BBC One on Friday evening.

The girl band was formed in 2011, after the four members, including Jesy Nelson, auditioned on the X Factor as soloists, but judges placed them as a group in the later stages.

Edwards added: “I feel like I had my life growing up, then I had the beginning of Little Mix and then I have now – and it just feels like now we are cemented as a group.

The singer said she feels “comfortable in my life” and the trio had gone through “different life-changing events” in recent years.

Thirlwall, 28, said she viewed her bandmates as family.

“That’s family, isn’t it? I literally adore them.

“I was thinking yesterday when I was watching them just having a laugh, I can’t believe how lucky we are that we have managed to get through this in 10 years and still worship each other.”

Nelson, 30, announced her exit from Little Mix in December last year, saying the high-profile role had “taken a toll” on her mental health.

Since then Pinnock has fronted a BBC documentary about colourism and race, while Edwards is working on a fashion brand called Disora.

Little Mix have also released a greatest hits album, Between Us, marking 10 years since their formation.