Liverpool Arab Arts Festival is back and bigger than ever - The Guide Liverpool
Contact Us Advertise with The Guide Our Video Services Follow us:

Liverpool Arab Arts Festival is back and bigger than ever 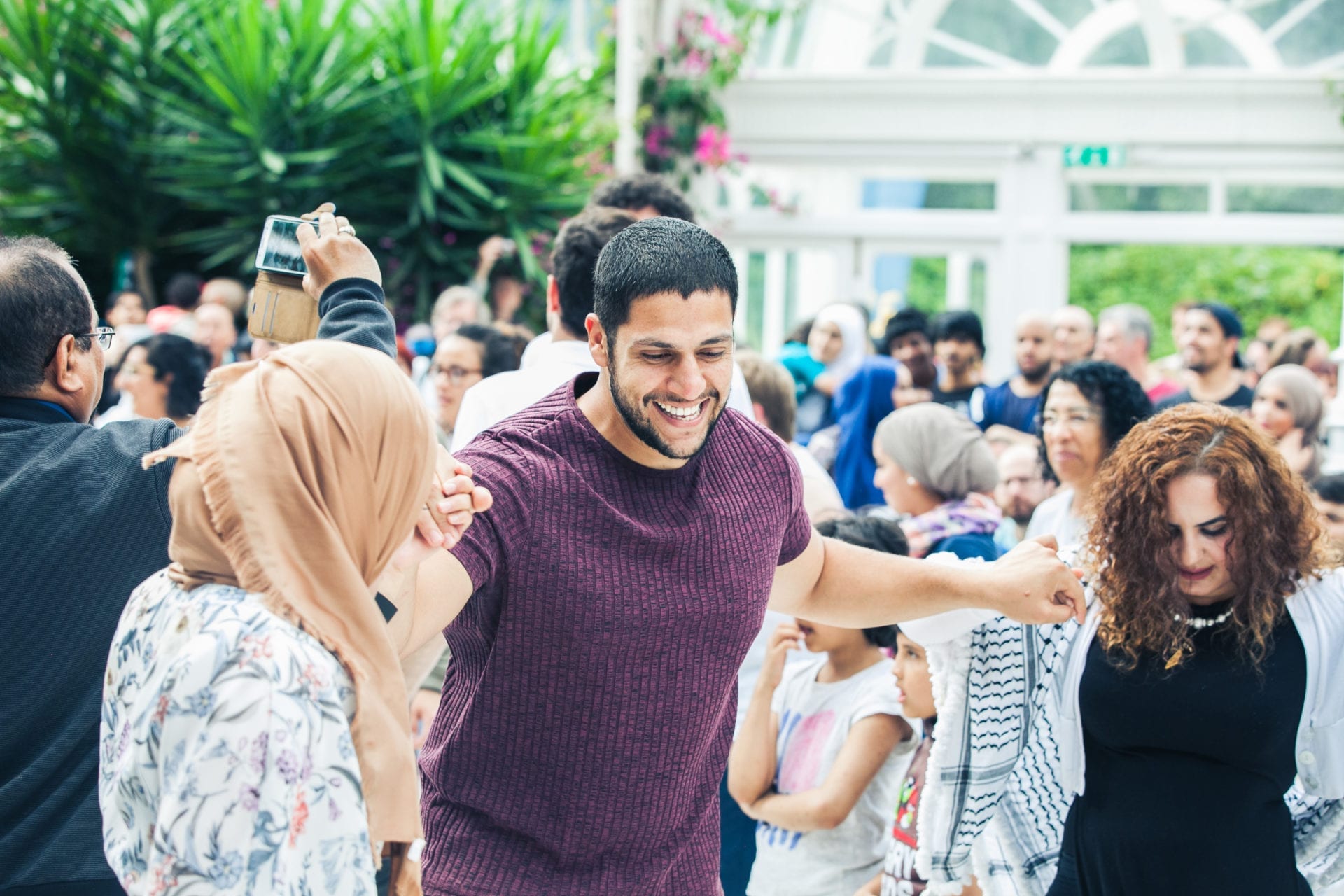 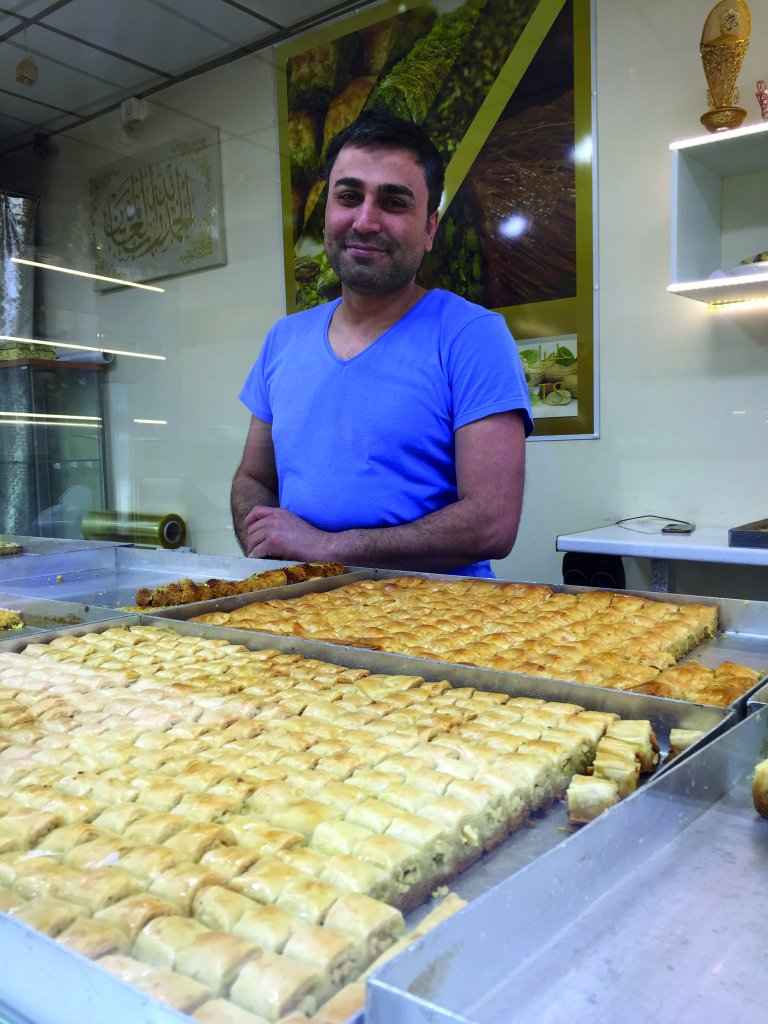 The nine-day festival of theatre, music, visual art, dance, literature, film, food and family fun takes place from 8-16 July 2017. This year LAAF explores the theme of ‘The space between us’, responding to Liverpool’s city-wide 67-17: 50 Summers of Love season, celebrating the release of the Beatles’ Sgt Pepper’s album. The title is taken from a lyric from Within You Without You a track on side 2 of the album written by George Harrison, which tells of overcoming the forces that prevent us from recognising what unites the world. 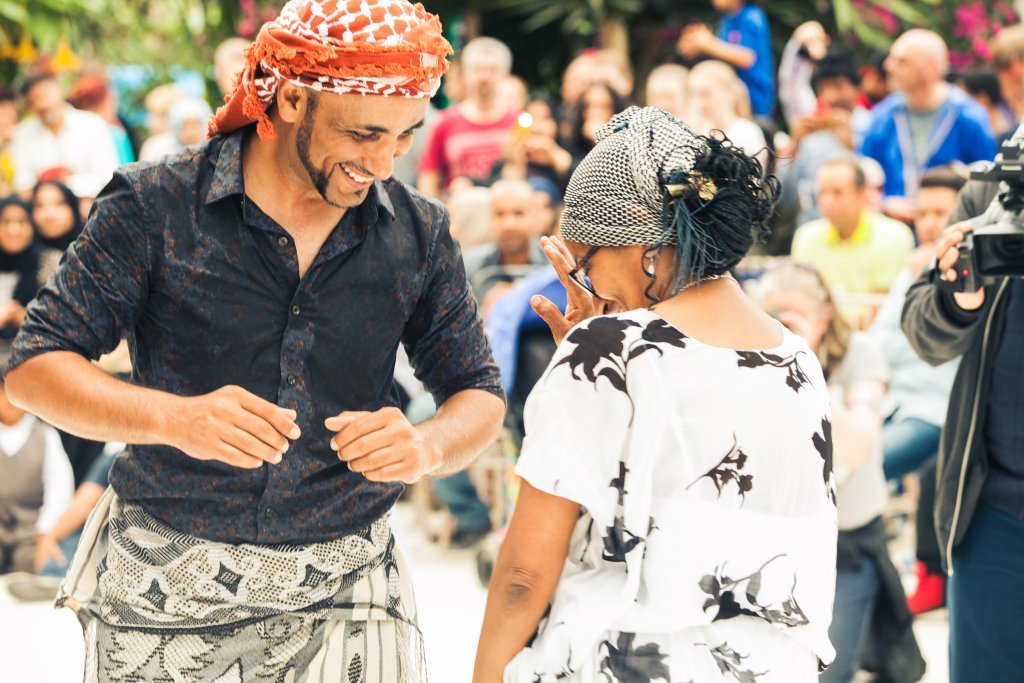 As ever, LAAF will be punctuated by fun-filled, free events for all the family, and organisers have now announced more details of some of the activities and performers on those key dates.

Artists taking the stage at Eid on the Square (8 July, Tiber Square, Lodge Lane) – a joyful community celebration marking the end of Ramadan will include Anwar Ali and Dave Owen, Sound of Yemen, and Reham Al-Hakimi as part of a colourful, packed programme of family friendly cultural entertainment, food, arts and crafts, made possible thanks to a grant from the Big Lottery Fund. 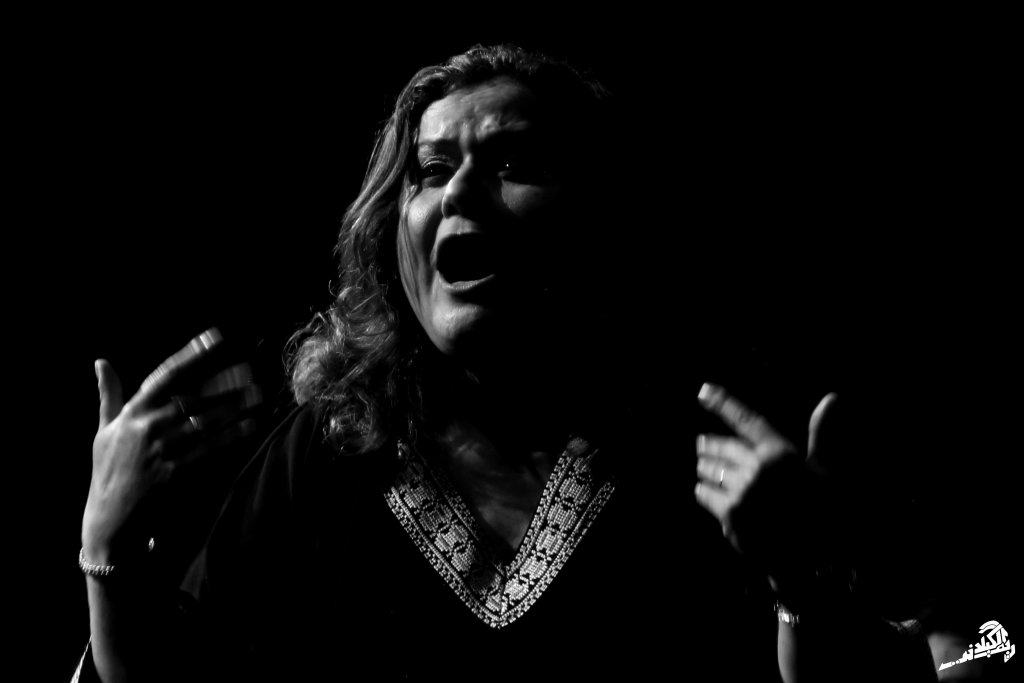 As part of the day’s activities, Kuwait-born food writer Sarah Al-Hamad will lead the Lodge Lane Food Trail, taking food lovers on a tour of some of the diverse independent restaurants and food businesses in the area – the go-to place for world cuisine in the city.

At LAAF at the World Museum (Saturday 15 July, Liverpool World Museum), people of all ages can discover the creativity, captivating stories, and fascinating traditions of the Arab diaspora. Added to the bill announced in spring are London Syrian Ensemble, a collective of some of Syria’s finest musicians based in the UK, who will play a diverse repertoire of classical and traditional music from the region, and resident storyteller Alia Alzougbi, who will share humorous and evocative tales from the Arab world. 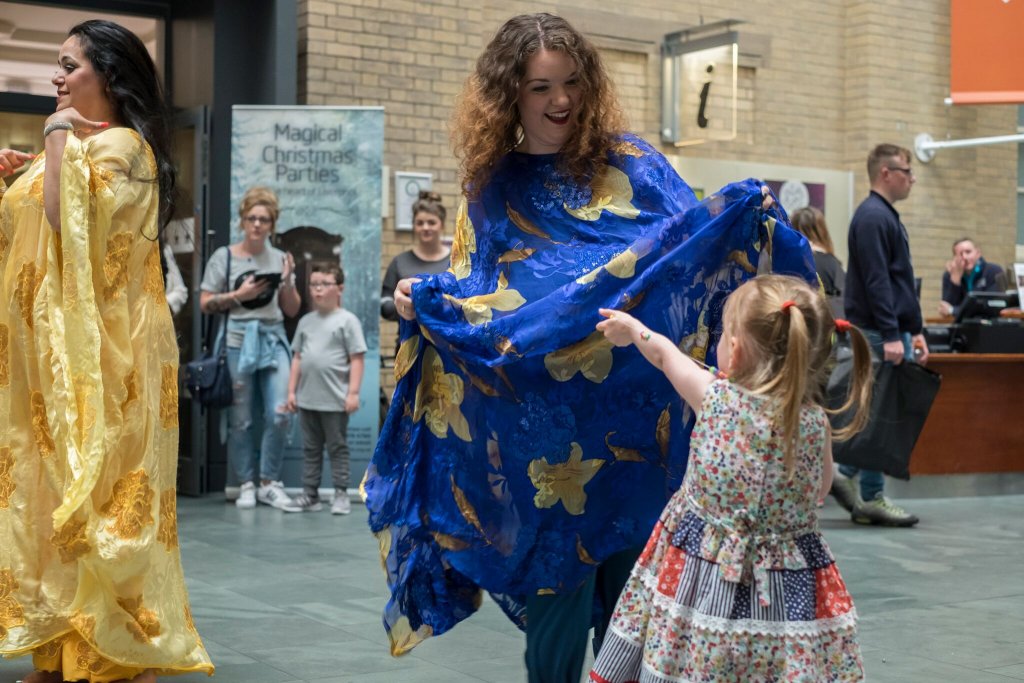 Ancient and contemporary Egypt will collide in the heart of the museum’s ancient Egyptian artefacts collection, with Joon Dance’s Ancient Modernity, a “living, breathing, dancing museum of modern Egyptian culture’’.

As is now tradition, LAAF will close with the LAAF Unison Family Day (Sunday 16 July, Sefton Park Palm House) which returns bigger, bolder and brighter than ever before. As well as ‘the new star of Nubian pop’ Alsarah and the Nubatones, audiences will have the chance to see London Syrian Ensemble perform, as well as high-energy traditional and modern street dance performances from a collective of Cairo’s best dance talent. Reham Al-Hakimi and the Al Awadhel Band will be back by popular demand. Along with the programme of international music and dance acts there will be an Arabian souk, cultural cuisine, and activities for all the family. 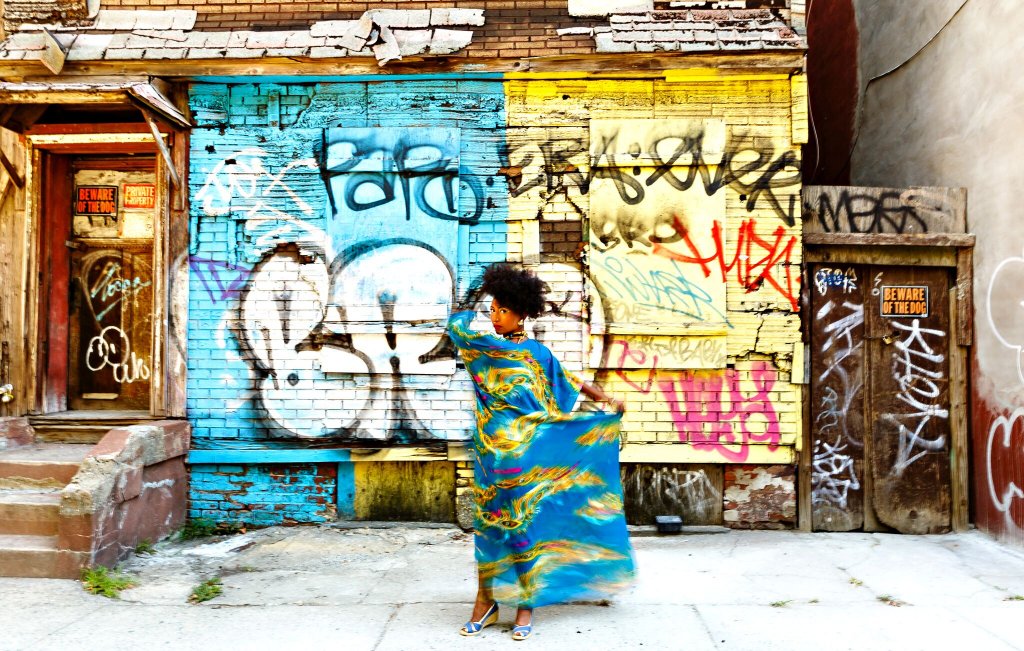 Alsarah and the Nubatones

Adding a new venue to the programme, LAAF brings a selection of thought-provoking interactive work and participatory projects to Liverpool Central Library (Wednesday 12 July – Friday 14 July). Tania El Khoury’s As Far As My Fingertips Take Me is a conversation through a gallery wall between an audience member and a refugee. Through touch and sound, an artist shares stories of people who have recently challenged border discrimination.

Liverpool Central Library is also the location for Coat of Many Words, a series of workshops, which will weave together the personal memories, experiences and stories of members of migrant communities now living in the city. The narratives will become a unique historical garment, which will then go on display at World Museum, and form the focal point for Coat of Many Words: Migrant Stories, a discussion event where people who have travelled from the Arab World and elsewhere around the globe, now living in Liverpool, share personal journeys in their own words.

Over at Bluecoat, and ahead of Comma Press’ forthcoming anthology Literatures from Banned Countries (Thursday 13 July, Bluecoat) will bring together writers from some of the seven banned countries affected by President Trump’s divisive immigration ban. With readings by Zaher Omareen, Cristina Ali Farah and Al-Saddiq Al-Raddi, this event asks what good is art in response to such times? 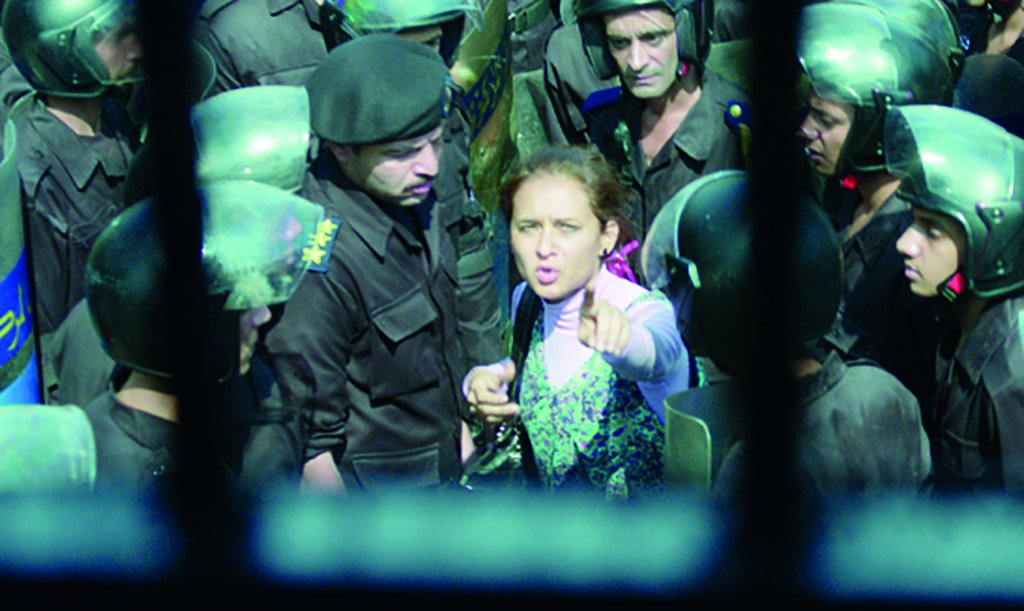 To mark the launch of LAAF 2017, and as part of Bluecoat’s 300th anniversary celebrations, founders of Liverpool Arab Arts Festival Bryan Biggs (Artistic Director of Bluecoat) and Taher Qassim (Chair of Liverpool Arab Arts Festival) will reflect on LAAF’s journey from  a small ‘weekender’ at Bluecoat, to becoming the UK’s biggest celebration of Arab arts and culture, and one of Liverpool’s most celebrated events (Friday 7 July, Bluecoat).

Throughout the festival, internationally renowned visual artist Rachel Gadsden will work in partnership with guest artists Ali Saeid Ashour and Amna Hussein on the production of artworks live and in collaboration with audience members. This work is part of an Unlimited International Research and Development project called “It was Paradise”. 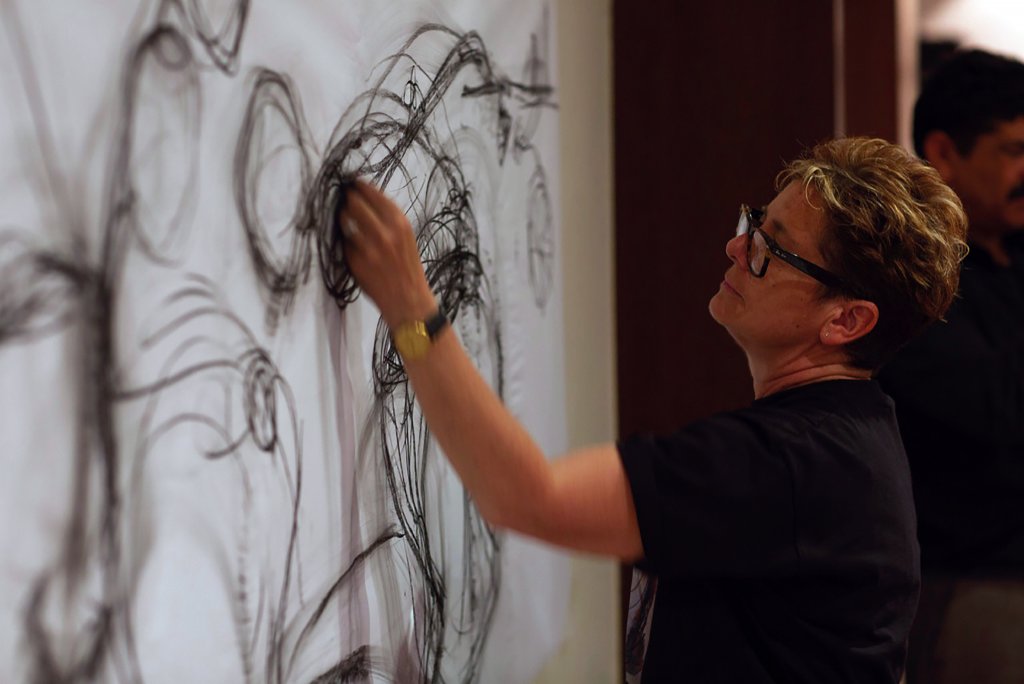 Taher Qassim, Chair of Liverpool Arab Arts Festival, said: “We work hard to bring the best and most exciting talent to Liverpool each year, and 2017 is no different.

“While the events, from music to dance to performance to a food-led celebration, are very different, many of them share a common theme – that of bringing cultures closer together. And of course, the theme of this year’s LAAF explores the boundaries and spaces between us.

“It’s certainly going to be a stimulating, thought-provoking and entertaining nine days.” 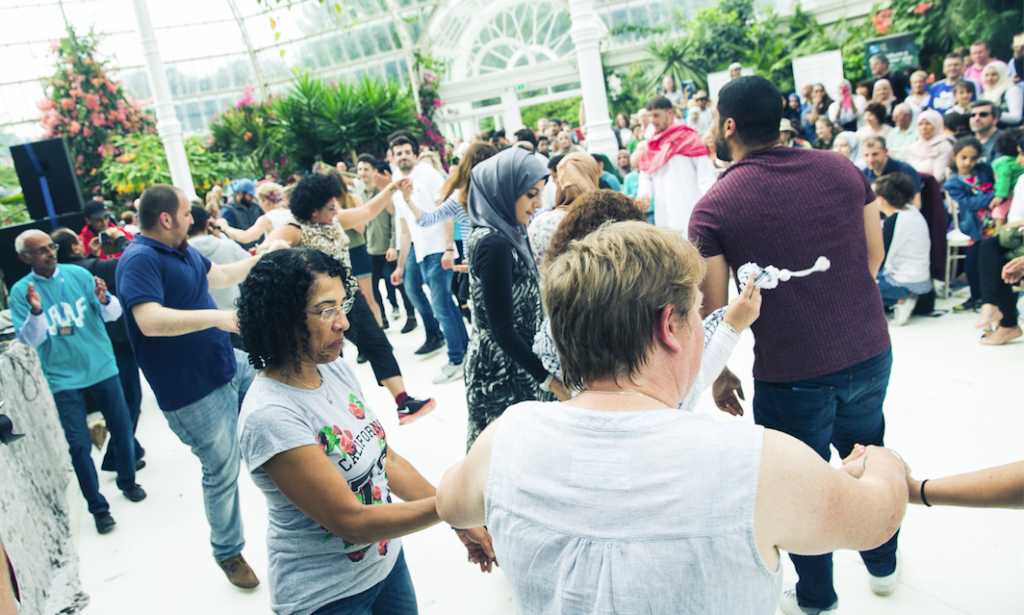 Previously announced acts and events include: