Liverpool Disco Festival is back for 2017 with this incredible lineup - The Guide Liverpool
Contact Us Advertise with The Guide Our Video Services Follow us:

Liverpool Disco Festival is back for 2017 with this incredible lineup 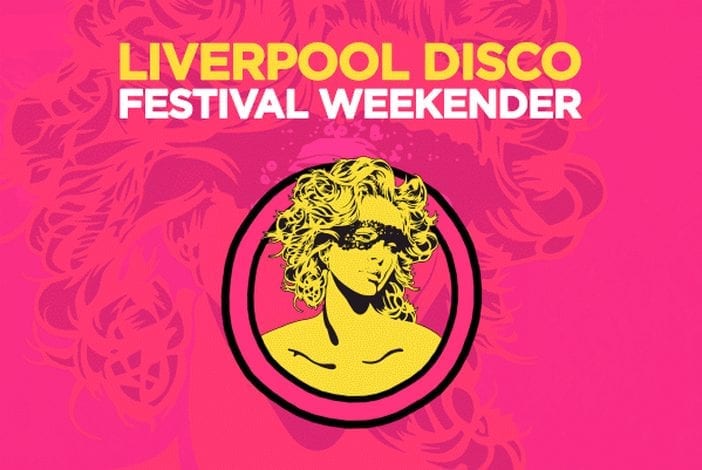 Liverpool Disco Festival have announced they are returning on Saturday May 6th 2017, following on from last October’s incredible debut event and they will be bringing with it a stellar lineup of live PA’s and DJ’s from all over the planet.

The weekend carries a special resonance across the UK and beyond, celebrating the 30th anniversary of the legendary Southport Weekender, who along with Hustle and SUNcéBeat present an epic showcase of music in the city’s thriving creative quarter, the Baltic Triangle. 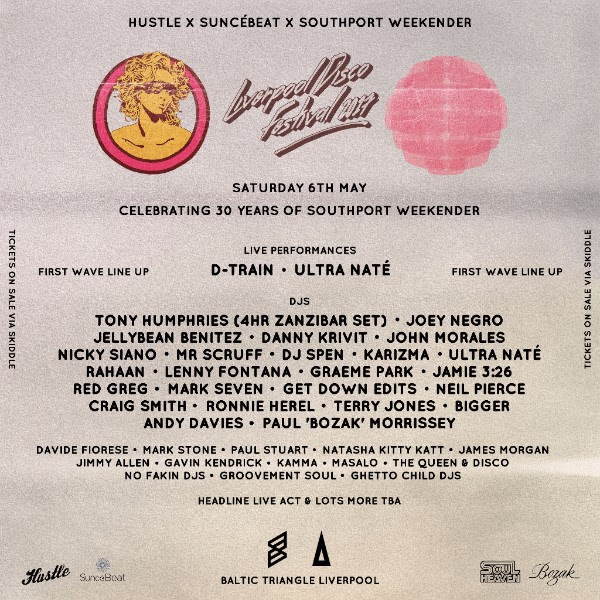 SUNcéBeat and Hustle are bringing together not only all the best parts that made the first Liverpool Disco Festival so special, but adding some more of the music and special touches which made the Southport Weekender unique. It’s a seminal event which has traversed the ages across the predominantly house and disco spectrums, having hosted some huge global artists from Chaka Khan to Jill Scott and A Tribe Called Quest to Gregory Porter. The list of live acts and DJs over the past 30 years makes for mesmerising reading, and it is in this effervescent and revered spirit that the first wave of artists are revealed for the Liverpool Disco Festival.

There are two sublime live headliners to begin with. D-Train are the innovative post-disco duo consisting of James “D-Train” Williams’ vocals and Hubert Eaves III on instruments, who recorded a seminal series of dance music and R&B classics through the early ’80s, including You’re the One for Me, Keep On and Something’s on Your Mind. They were one of the biggest acts of their decade, producing many timeless dance-floor anthems which continue to have dance-floors rocking around the world, and they perform live at Liverpool Disco Festival. Ultra Naté is one of the most flamboyant and talented house divas of the 1990s, having stayed true to the dance mainstream throughout her career. The remarkable and versatile singer, songwriter and producer brings her iconic voice to Liverpool, and DJs too at the festival.

Over on the DJ side of things, the first wave of illustrious names bring a wide range of sounds to the city. Tony Humphries has got close to 4 decades worth of experience to call upon, from an original Kiss FM pioneer to holding down a residency at one of the USA’s most legendary clubs, Zanzibar – and he headliners with a 4 hour set celebrating the club’s immense history. Tony is a true house music master and brings a touch of mercurial class to the Liverpool Disco Festival. Next up is Joey Negro, a firm favourite on the UK underground who continues to draw crowds of true aficionados eager to hear his latest rework, re-edit or original studio production. 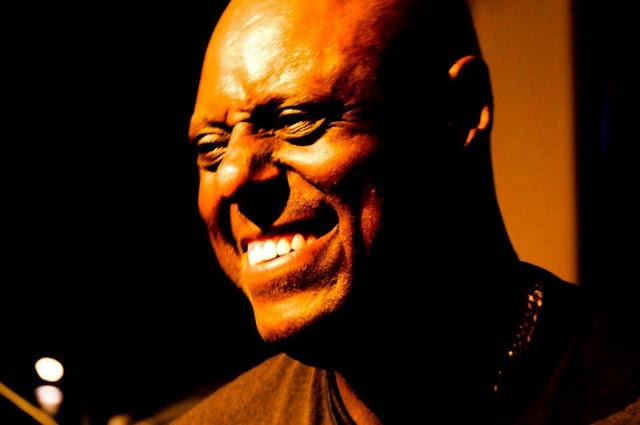 Jellybean Benitez connoisseur’s selection of contemporary and classic house and disco has seen the producer and selector undoubtedly deserving the status of a living dance music legend, working with Whitney Houston, Hall & Oates, Talking Heads, Billy Joel, Fleetwood Mac, Michael Jackson and Paul McCartney. Then there’s Body and Soul icon Danny Krivit; the 80s saw Danny hold residencies at places like Danceteria, Red Zone, Save The Robots, Area and The Tunnel. Much of his work has gone on to become the definitive tracks for DJs the world over, with a continued stream of masterfully executed disco re-edits. 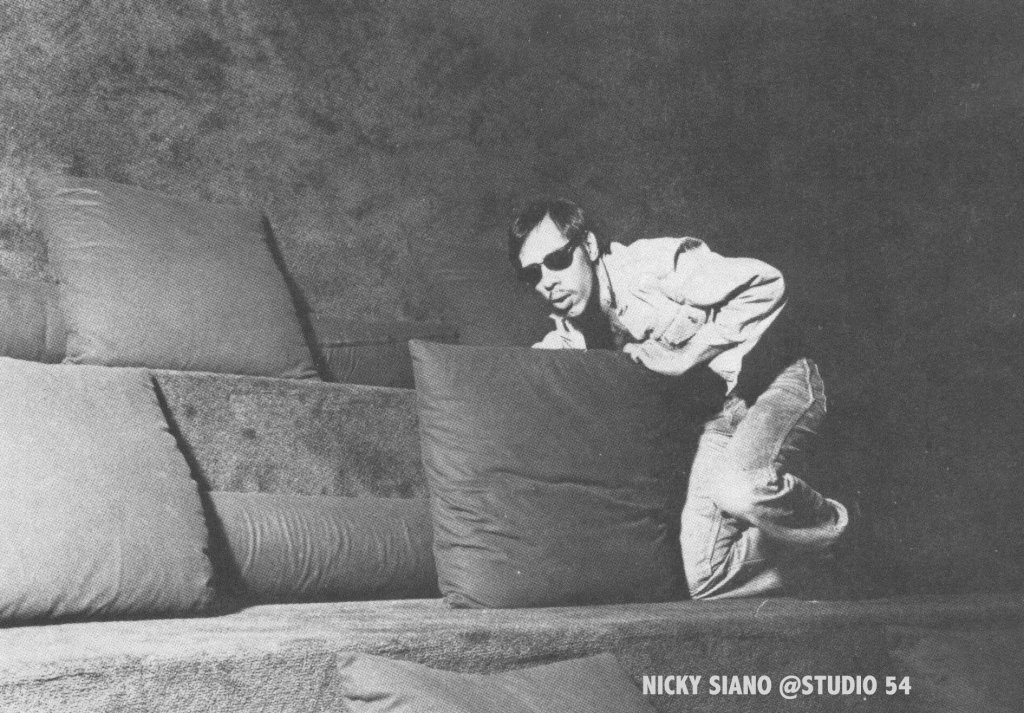 Throughout the 80s some magical club music classics had the John Morales’ touch; few can match his remarkable contribution to the world of the enthusiast turned remixer come producer, considered one of true legends of the mix. Connoisseur’s Corner Nick Siano is a SPW legend; it’s no secret that the 70s and 80s were the prime decades of New York City club land, with Nicky Siano at The Gallery. A true pioneer, Siano is credited with helping to launch the careers of musical icons such as Grace Jones, Loleatta Holloway and sorely missed house music maestro, Frankie Knuckles. 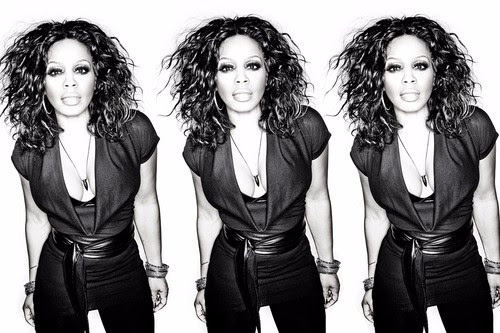 And Mr Scruff plays a very special Constellations Garden Set. A bedroom DJ since his early teens, Scruff’s rise to fame with his trademark eclecticism continues through to his sprawling genre-skipping sets today. In the latter years of the Southport Weekender, he became one of the few DJs who could deservedly command an extended set in a line up brimming with international talent.

Next up, DJ Spen and Karizma go back to back with their deep and soulful feel good house; individually they are amazing DJs, and together they seamlessly work over many decks in a constant flow of body-shaking sounds. Rahaan is arguably the world’s greatest crate-digger. It’s an approach that has come to define him, guiding the dance floor faithful through a close up and seamless blend of rare, raucous and rocking underground flavours. 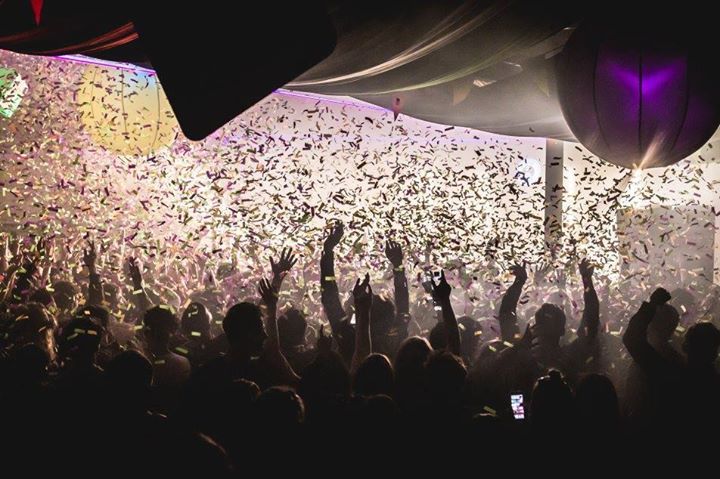 And speaking of crate-diggers, Lenny Fontana’s heritage caught the interest of a new generation of disco diggers at the turn of the decade when he shared a ‘gold dust’ five hour recording from the 2nd anniversary of the Paradise Garage from 1979, originally broadcast live across New York City, and he maintains that spirit now. Then Graeme Park has 30 years on the decks and 20 years on the radio, mirroring the story of the evolution of dance music and club culture itself. He has produced and remixed tracks for The Brand New Heavies, Inner City, Eric B & Rakim, New Order, Sophie Ellis-Bextor and more.

There are many more names for the first announcement: Jamie 3:26 garnered international recognition after unleashing a barrage of edits, fast becoming a contemporary disco phenomenon. Red Greg delivers his blend of soulful dance music to increasingly international audiences, with gigs across Europe as well as further appearances at You’re A Melody. And Mark Seven is an esteemed collector of every era of house music and a dedicated vinyl enthusiast. 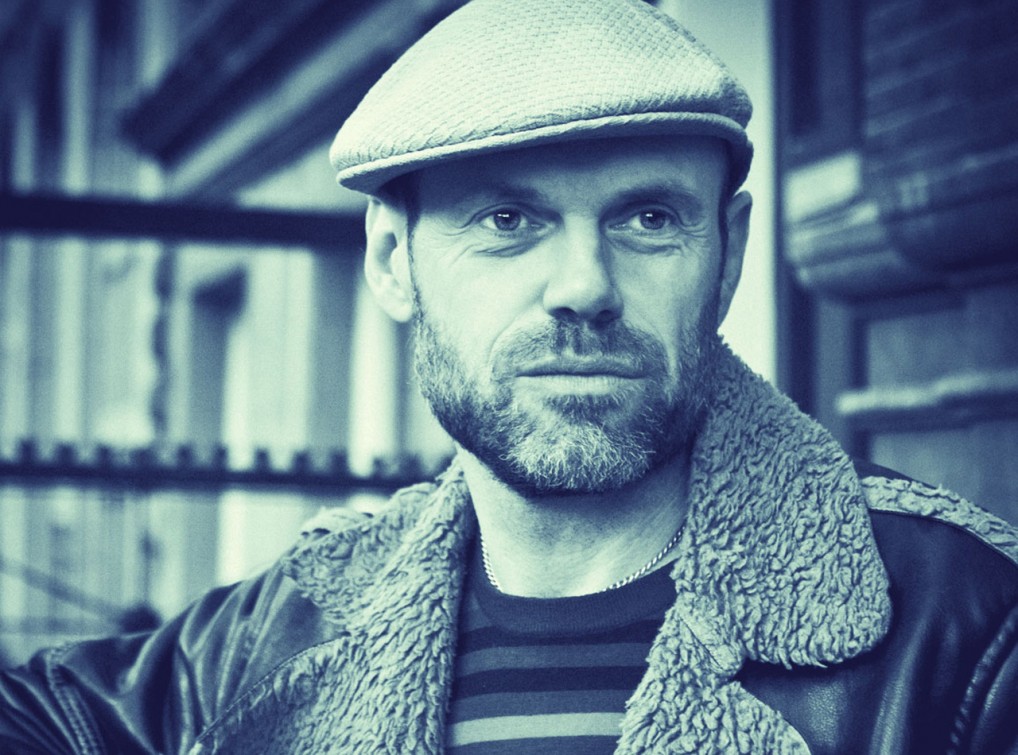 Liverpool Disco Festival will also shortly reveal a very special event on Friday 24thFebruary at Constellations, with a legendary headliner making a very welcome return, and an art-inspired story taking place in the build-up.

The Baltic Triangle is a historic city central area, which is enjoying a burgeoning renaissance, and is now the city’s thriving cultural quarter. Just a stone’s throw from the Albert Dock – Liverpool’s World Heritage Site – and an abundance of fine bars, restaurants and shops, the Triangle has been reclaimed and resurrected by a growing colony of creative people and independent venues. Many boutique hotels and apartments are nearby for anyone wanting to stay over during the festival. –