'Liverpool is so welcoming to asylum seekers - we can't respond with fear now' - The Guide Liverpool
Contact Us Advertise with The Guide Our Video Services Follow us:

A Liverpool charity which supports asylum seekers and refugees has said it hopes that Sunday’s Women’s Hospital terror attack won’t affect the warm welcome they get in the city.

Bridge2, which is based on Windsor Street in Toxteth, helps people who have fled their own countries find a safe place and become a part of the community here.

Shannon Phillips, a support co-ordinator at the charity, says those arriving have always been shown kindness.

“Liverpool is a very generous city and very proud of being multi-cultural. The people who come to us have had enough disruption and displacement in their lives and we don’t want anything to make that worse. We’re trying to provide more stability, not instability for them,” she says.

“When something happens like the incident on Sunday there is a danger that people’s attitudes can be affected.

“The bad things stick in people’s minds unfortunately so you could have a thousand kind acts and a thousand good people and they get forgotten because of one person.

“But we can’t respond with fear and we can’t make assumptions because everyone is different and on their own journey. To treat everyone with hostility because of one incident would be wrong.

“The people who we work with are very kind, they’ve been through a lot of trauma and all they want is a safe space, they want to feel welcome and find community here.”

Shannon says most of the asylum seekers and refugees who come to Bridge2 are located in hostels in Toxteth. Many have left their own countries with very little and are having to start their lives over again.

“They can come from any background, and there is a very long list of countries where people come from originally. 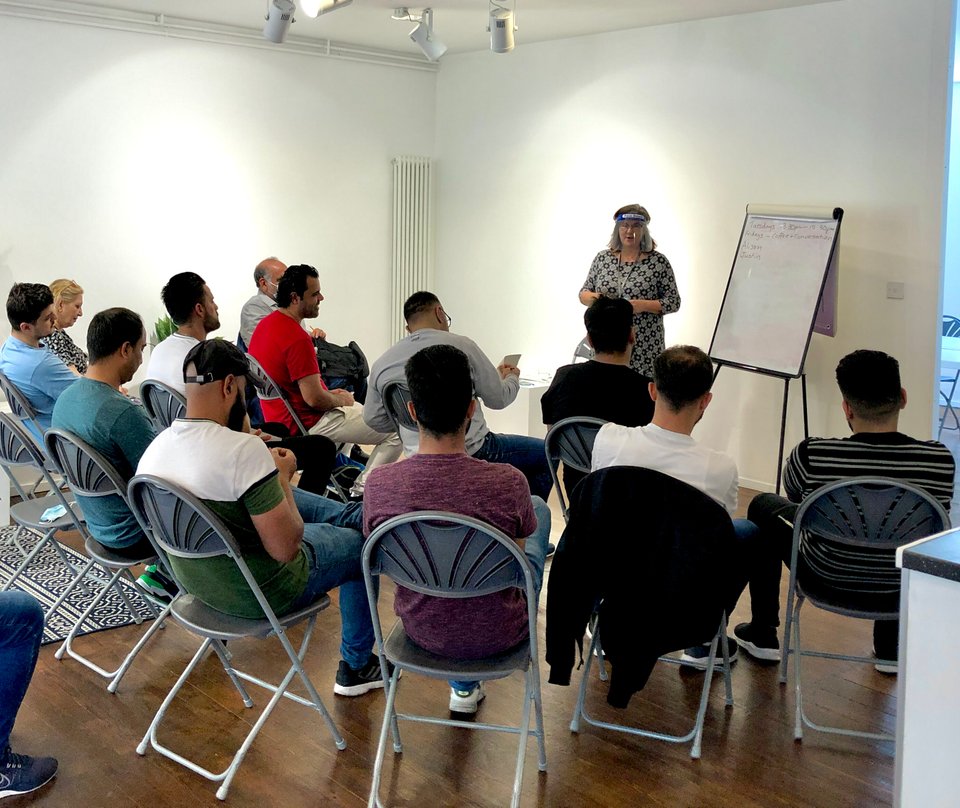 “Everyone comes from a different place and has different personal circumstances; they all have different stories and traumas that they’ve been through, it could be war, poverty, political issues, so we have to treat each person individually.

“Many people really miss home and the majority didn’t want to leave but they had to for various reasons. They maybe felt unsafe or were threatened or that for their family’s wellbeing they had to leave their home, but it is often a source of sadness.

“Once they come here they tell us how much they love Liverpool and how friendly it is. Any cases of hostility or negative remarks are few and far between, people really do feel welcome and there are charities doing really good work for them. Funding in this sector can be quite limited, but a lot of people in the city have really stepped up to fill those gaps.”

That willingness to accept asylum seekers and refugees has been clear over the past few weeks as families have sought sanctuary in Liverpool from the situation in Afghanistan.

“It’s been amazing to see the response from local people to the crisis in Afghanistan, we’ve been absolutely inundated with donations,” says Shannon.

“People really do appreciate that and so many ask to volunteer and find out how they can get involved in things happening in Liverpool because they want to be a part of it. They want to come, to learn English, to get to know the culture and positively contribute to the city and give back in any way they can.”

Shannon says she hopes the terror incident on Sunday won’t change how asylum seekers are treated in Liverpool.

“These issues are complex and there is no ‘they’ generalisation. I would hope that people still respond with the welcome, openness and kindness that we’ve always seen,” she adds.

Find out more about Bridge2 here.