Liverpool street artist creates Bounce Back series to inspire people after lockdown - The Guide Liverpool
Contact Us Advertise with The Guide Our Video Services Follow us:

Now the 18-year-old from Allerton has created a new collection of artwork entitled Bounce Back which he hopes will inspire anyone who might have been struggling during lockdown.

Sean says the 17 pieces came about when he was having a tough time himself – and they helped him turn things around.

“There’s a lot of quite serious street art out there so I usually keep my work much more light-hearted and fun, but with these there’s a bit of a deeper meaning,” he explains.

“I was going through a rough patch a few weeks ago and I always find drawing or painting really helps so I bought a few canvases.

“I didn’t mean to create a full collection, but I went from a real creative block to just blasting out lots of these really bright uplifting paintings which really helped me.

“That’s why I called it Bounce Back because those 17 pieces enabled me push through a tough period and find that determination and resilience.

“I’ve named all the pieces after feelings that I had, and the idea is that hopefully other people will be able to relate to them.

“I know so many people who’ve felt the same during lockdown, where you feel like there’s a barrier you can’t push through, but these paintings are proof that you can.” 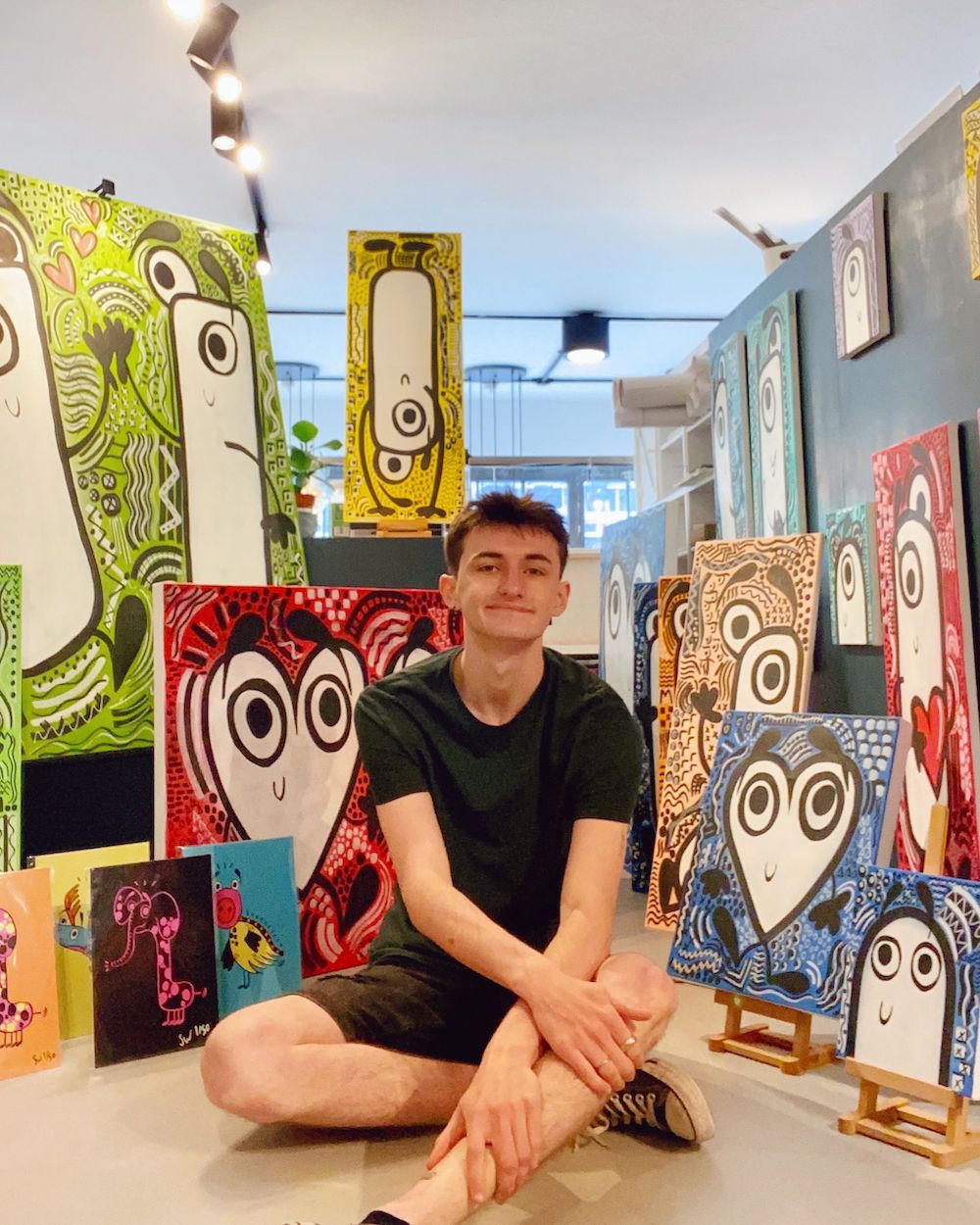 Sean with his Bounce Back collection

Sean began sharing his artwork when he was just 14, posting drawings online and getting his first commission for a picture book illustration.

He left Liverpool College after GCSEs to start up his own business, initially selling work through craft fairs and then from a studio base in Merseymade in Liverpool ONE.

When he was 16, he landed his first street art job with Booker Flowers on Booker Avenue.

“Gemma from the florists reached out to me to paint their shutters and at the time I’d never done cartoons on such a big scale but I just threw myself in and did it,” says Sean.

“I was given a brief for a design related to a florist and including a ladybird which is their logo, so I wanted to create something really fun that would interact with the local community and make people smile when they saw it.” 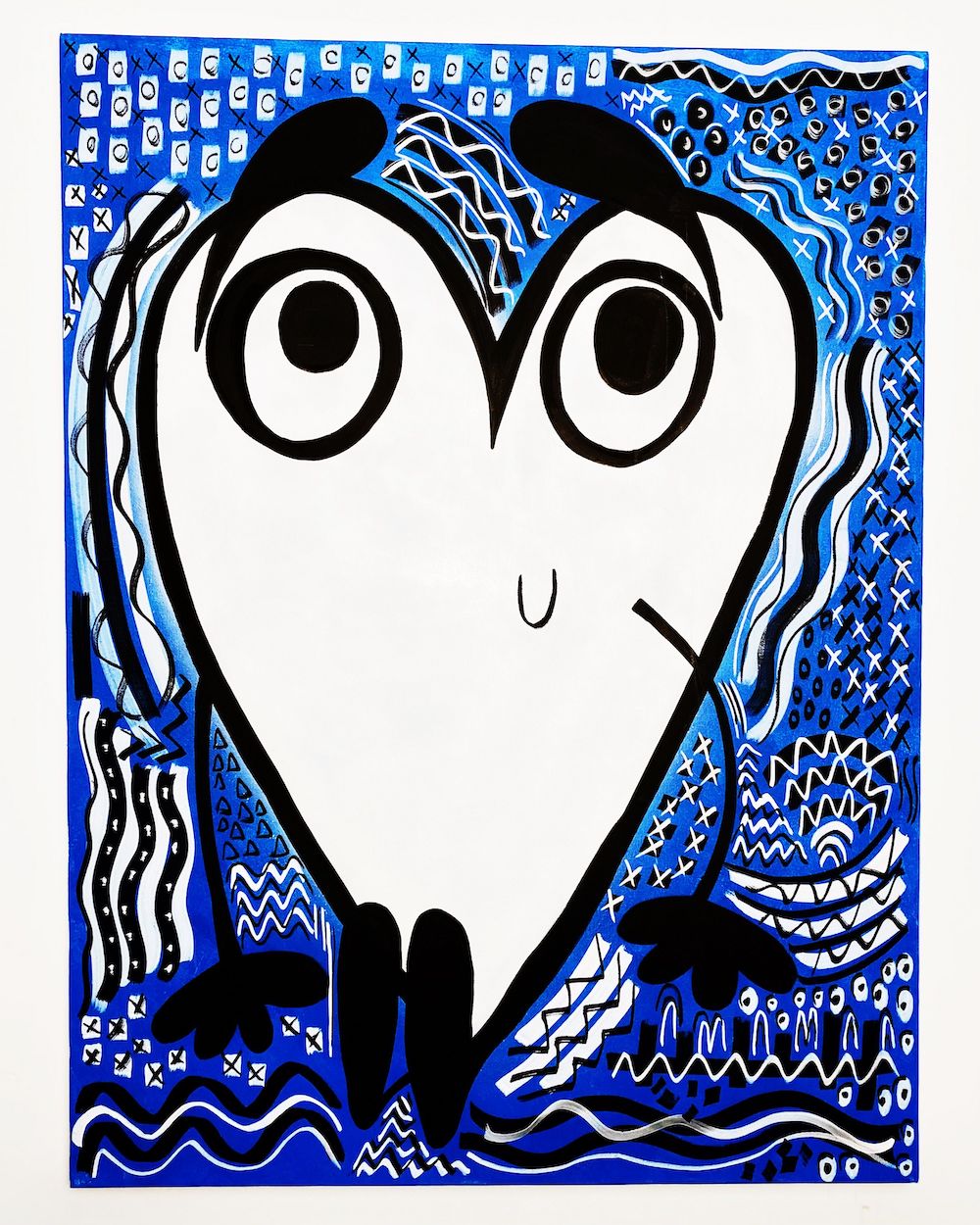 Sean’s street art took off from there and he now has around 15 in Liverpool, a couple in Leicester and two in London.

“That’s really exciting for me because that’s the next step, to spread them out over the UK,” he says. “I’ve got some more planned in Liverpool too including one with Strawberry Fields which we’re discussing at the moment so I’m really looking forward to that.

“It’s really about giving back because I’m not sure what I do would have worked for me in quite the same way anywhere else. The people in this city just really boost people up who are trying to do something and express themselves, they’re always very supportive and I really appreciate that.”

Sean says in lockdown especially he had lots of feedback from people saying how much they loved spotting his work.

“They were going out looking for them as a little activity to do with the kids which was great,” he adds.

That’s one of the reasons why he’s kept his pieces to a trademark cartoon style, with big-eyed larger-than-life characters. And he likes to get people involved in them whenever he can. 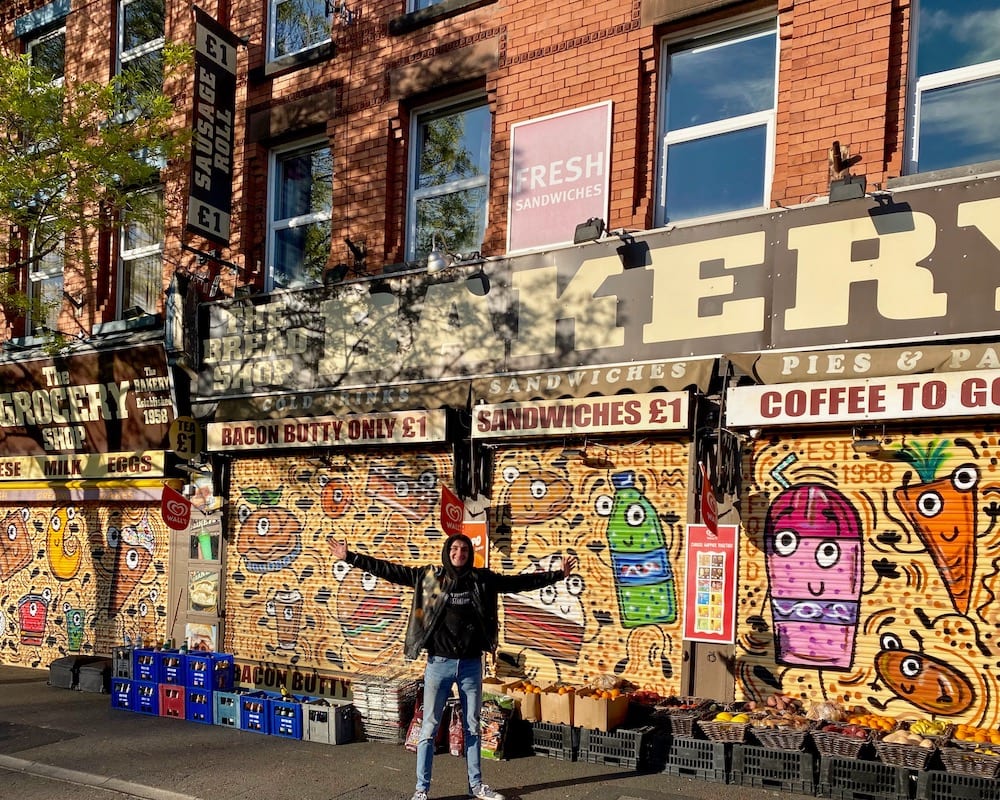 “I try to keep them all consistent in style so they’re easily recognisable and I want them to be relatable,” he explains. “When I did the Bakery on Aigburth Road I went there with an idea of what I wanted to do and then I was asking people as they went past ‘what food or drink do you normally get from here?’

“It was very much influenced by that and each piece of food and drink on there has got a link to someone in the local area.” 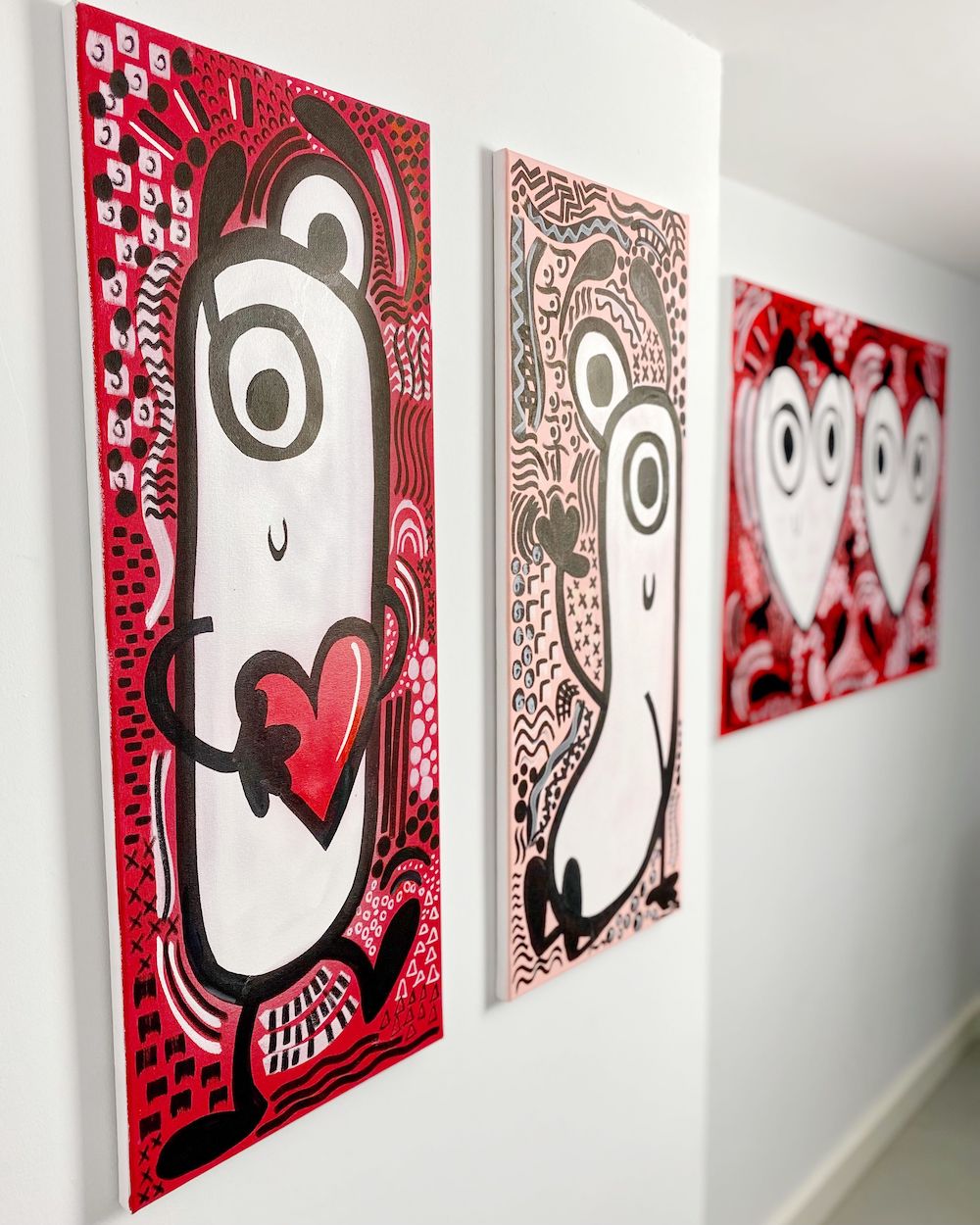 Bounce Back paintings by Sean Webster

Now Merseymade is back open after lockdown, Sean is regularly at his studio there, painting and selling merchandise – badges and cards – based on his characters. He also sells his collections through his website and social media.

“The Bounce Back series is on display at the studio too so people can come in, see that and talk to me about it if they want to,” he says. “The past year has been really tough on people’s mental health and I just want to use the platform I’ve created and this style, which I’m proud to say is starting to become a bit popular, to help people. This is just the start of it.”