Liverpool team recruits first UK patient for personalised ‘therapeutic cancer vaccine’ trial that could transform outcomes for people with head & neck cancers - The Guide Liverpool
Contact Us Advertise with The Guide Our Video Services Follow us:

Researchers in Liverpool have begun recruiting patients to a ‘first-in-human’ clinical trial of personalised ‘vaccines’ that aim to reduce the risk of head and neck cancers – which include mouth, throat, tongue and sinus cancers – from recurring.

Now a team of cancer researchers from Liverpool Head & Neck Centre, The Clatterbridge Cancer Centre, Liverpool University Hospitals and the University of Liverpool are trialling new vaccines – tailored to each individual patient’s cancer – to see if it reduces the risk of head and neck cancer returning.

The Transgene trial will involve around 30 people who have just completed treatment for advanced, but still operable, HPV-negative squamous cell carcinoma of the head and neck (SCCHN).

HPV-negative head and neck cancers (i.e. those not linked to human papilloma virus) have a particularly high rate of recurrence. The most common form is squamous cell carcinoma of the head and neck, which can involve many different kinds of gene mutations resulting in the production of new proteins (called ‘neoantigens’) that vary widely between patients.

The Transgene trial aims to tackle this by developing individualised ‘therapeutic vaccines’ – a personalised form of immunotherapy that is specifically designed to trigger an immune response to the new antigen resulting by a particular gene mutation linked to each patient’s own head and neck cancer.

Each patient’s treatment will be individually created just for them – their ‘neoantigens’ are turned into a treatment using a well-established and effective vaccine technology. It is hoped that the resulting vaccine will trigger the person’s immune systems to recognise, attack and kill any new cells with that particular gene mutation.

The randomised Phase I trial will test how well the cancer vaccine triggers an immune response in patients – and whether this reduces the rate of recurrence.

Half of the patients will receive their vaccine immediately after they complete their initial treatment. The other half won’t receive it unless their cancer returns, but will then receive it in addition to the standard treatment for recurrence. 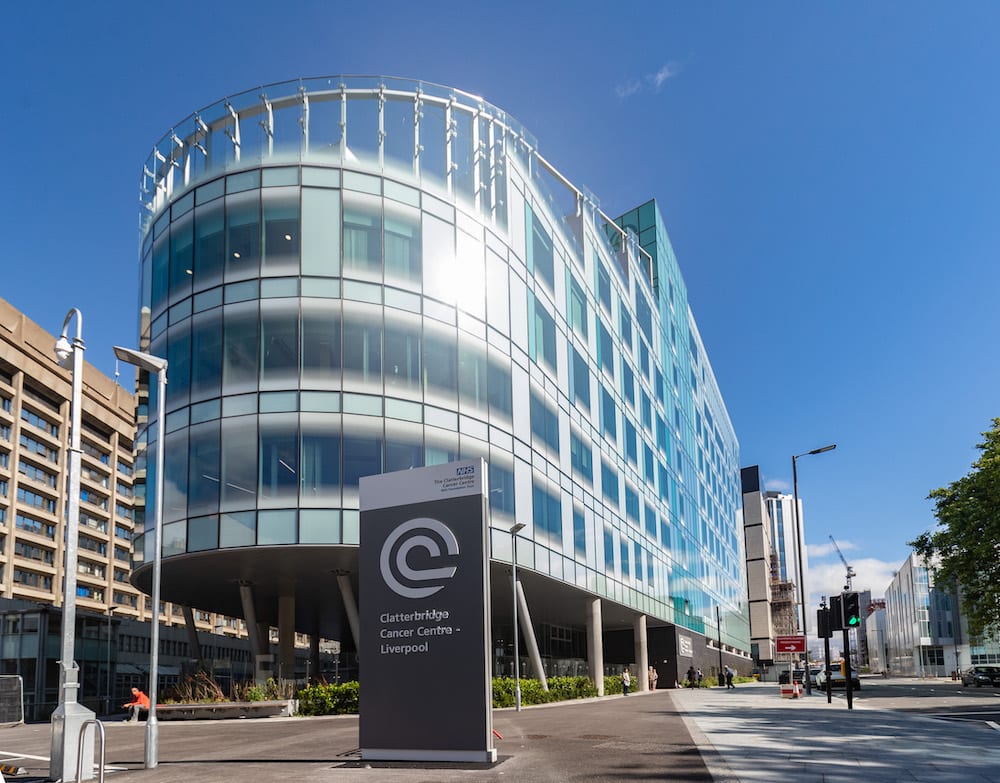 The first UK patient has now been recruited in Liverpool and vaccine production has begun at the Transgene laboratory in France. More patients will be recruited in coming months, with the aim of administering the first vaccine in a few months, when the usual treatment has been completed.

Chief Investigator for the UK trial, Professor Christian Ottensmeier, who is a Consultant Medical Oncologist at The Clatterbridge Cancer Centre and Professor of Immuno-Oncology at the University of Liverpool, said: “This is an early-phase trial but, if successful, this approach could be a potentially game-changing development in the treatment of advanced head and neck cancers. We have spent the last 15 years working on the science behind this immunotherapy so it is very gratifying to begin clinical trials with the first patients.

“Head and neck cancers are particularly complex to treat if they spread and cannot then be completely removed surgically. Personalised cancer vaccines are an extremely exciting development and, if successful, the same technique could also be applied to treat other forms of cancer.”

Dr Joseph Sacco, Consultant Medical Oncologist at The Clatterbridge Cancer Centre and Principal Investigator for the trial in Liverpool, added: “Patients with head and neck cancer have so far only had limited benefit from immunotherapy. We hope that this new approach will set us on the path to bringing a really exciting new approach to our patients in Merseyside.”

Dr Maud Brandely, MD, PhD, Chief Medical Officer of Transgene, added: “We are delighted to start the clinical trial with our individualised myvac® immunotherapy in the UK and more particularly in Liverpool. We have been working for several years with Professor Ottensmeier on designing this novel therapy to better target tumour cells and we are excited to see that our world-leading innovation is now reaching patients. We are confident that we will be able to demonstrate the value of our individualised approach against head and neck cancer and leverage these future results to target other solid tumors.”

Professor Terry Jones, Director of Liverpool Head & Neck Centre, Consultant Thoracic Surgeon at Liverpool University Hospitals and Professor of Head and Neck Surgery at the University of Liverpool, said: “Recruiting the first head and neck patient in the UK to the ground-breaking TG4050 study is truly exciting and confirms Liverpool Head and Neck Centre and Prof Ottensmeier in the global vanguard of the development and prosecution of highly novel therapeutic vaccine clinical trials.”

Professor Andy Pettitt, Director of Liverpool Cancer Research Institute, said: “This is an important clinical trial in a disease that is strongly linked with socioeconomic deprivation, and the findings will therefore be of considerable relevance to many patients in our region and beyond. Harnessing the body’s immune system to fight cancer (‘immuno-oncology’) is an important scientific theme not only within the Liverpool Head and Neck Centre but also more broadly within the overarching Liverpool Cancer Research Institute. Prof Ottensmeier’s research therefore has the potential to improve outcomes across a range of different cancer types.”

The international trial is being carried out at two sites in the UK:

The science behind the trial:

“Cancer develops because of faulty cells. Cells in the body are constantly reproducing and sometimes a bit of the genetic code in a cell doesn’t get copied correctly. The new cells develop with faulty genetic code.

“Most of the time, this doesn’t matter because the faulty code doesn’t do anything important. Occasionally, however, the faulty code is important. If the body doesn’t spot the error, these faulty cells can continue to reproduce and the person develops cancer.

“The immune system is very good at recognising anything unusual such as viruses and bacteria, and the T-cells trigger antibodies to attack and destroy them. Cancer cells can be very good at hiding from the immune system because, apart from the faulty bit of genetic code, they are very similar to healthy cells.

“We are creating a cancer vaccine for each patient by turning the faulty genetic code into an Achilles heel for treatment. We already know that the vaccine technology is very effective at waking up the immune system. We hope this means that if the patient develops cells with the same faulty code in the future, their immune system will recognise them straight away and develop antibodies to destroy them before they develop into cancer.”