Liverpool to be in global spotlight as it plays host to G7 meetings this December - The Guide Liverpool
Contact Us Advertise with The Guide Our Video Services Follow us:

Liverpool is to host a high profile meeting of G7 Foreign and Development Ministers on behalf of the UK in December.

Foreign Secretary Liz Truss will host counterparts from the world’s biggest economies for three days, from Friday 10 until Sunday 12 December, as the final event of the UK’s Presidency of the G7.

Liverpool has been chosen, due to its history as a port city with a global outlook, its links around the world and thriving cultural life.

The city will be in the global spotlight as leaders from the US, France, Germany, Italy, Canada, Japan and the EU take part in discussions and experience first-hand some of the city’s major attractions.

The event will also include delegates from India, South Korea, South Africa and Australia, as well as – for the first time at a G7 Foreign Ministers’ Meeting – a number of South East Asian countries.

The Museum of Liverpool, on the city’s famous waterfront, will be the main location for the talks.

The Liverpool G7 meeting follows other major summits hosted around the UK in 2021, including COP26 in Glasgow in November and the G7 Leaders’ Summit in Carbis Bay, Cornwall, in June.

The Foreign Ministers will meet to discuss a range of global issues, including: economic resilience post-Covid, global health and human rights.

Liverpool City Council and Merseyside Police are working with partners to minimise any disruption faced by residents and businesses in the run up to and during the event.

The cost of the event will be met by the Government and not by local Council Tax payers.

Why has Liverpool been chosen?

MORE - LFC to support more families than ever before this Christmas

“Liverpool is proud to have been chosen to host this global event on behalf of the UK government.

“We are a fitting choice given our cultural significance, musical importance and sporting greatness which attracts visitors from around the world, as well as our scientific and architectural innovation.

“It is an incredible opportunity to showcase our amazing city to the G7 leaders – as well as the international media – who will be here to report on the event. We will promote Liverpool’s global heritage, its international outlook and ties, and show what a fantastic British and world city it is.

“We are also a city looking to the future with a recently launched global Pandemic Institute, the focus on life sciences in Paddington Village and plans to further improve our cultural offer through an innovative new music attraction on the waterfront.” 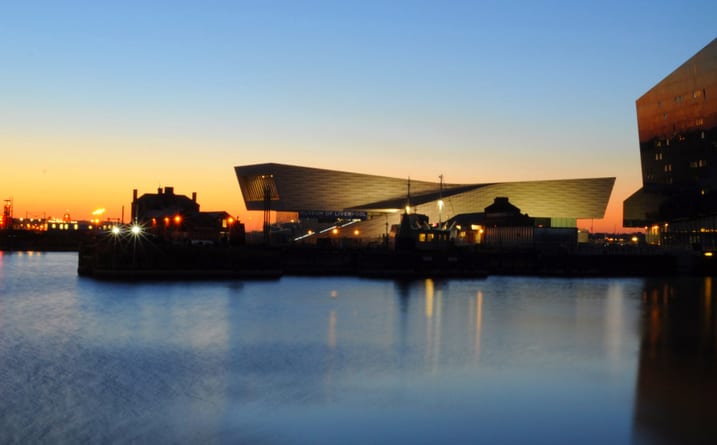 “Liverpool is often described as ‘the world in one city’, so I can think of no more fitting city to host the G7 Foreign and Development Ministerial meeting. We are an outward-facing and welcoming region – and nation – known around the world as a global leader in sport, culture, music, heritage and so much more.

“Where we were once leaders of the First Industrial Revolution, we are pioneers of the Fourth Industrial Revolution, leading the world in digital and green innovation. From the recently launched Pandemic Institute to revolutionary projects like HyNet and our own Mersey Tidal Power scheme, there is nowhere that better embodies the best of our country’s past and an exciting vision for the future.

“The eyes of the world will be on the Liverpool City Region during this summit, and we have a fantastic story to tell. While they’re here, I’m sure that the Foreign and Development Ministers and the world’s press – like the many, many tourists we attract every year – won’t be afraid to spend a few pounds in the local economy!”

“The meeting of G7 Foreign and Development Ministers in Liverpool next month is a fantastic opportunity to showcase the city to the world, highlighting the best of British culture, commerce and creativity.

“I will be hosting our friends and partners to discuss how we build closer economic, technology and security ties globally and deliver for the British people.

“I want us to build a worldwide network of liberty that advances  freedom, democracy and enterprise and encourages like-minded countries to work together from a position of strength.

“I was deeply saddened by the awful attack in Liverpool this month, but the resolve of the people of this great city will never waver in the face of such atrocities.”

Merseyside Police Assistant Chief Constable Rob Carden, who is the Gold Commander in charge of policing the event, said:

“Merseyside Police is committed to ensuring the safety of the G7 conference delegates and the residents of Merseyside.

“A robust policing plan has been put in place to ensure that delegates can enjoy the conference and the city during their visit.

“The force will continue to provide an effective and professional policing service across Merseyside during the conference.”

“The Museum of Liverpool tells the extraordinary story of Liverpool’s growth as a global city through its unique geography, history and powerful cultural resonance.

“We hope our fascinating collections and displays, alongside the incredible views of our beautiful waterfront, encourage dialogue and inspire our guests.

“It is a great honour to be supporting our local authorities and UK Government in hosting this, the closing event for the UK G7’s Presidency.

“Our team is looking forward to providing a warm welcome and ensuring everyone attending the conference takes away wonderful lasting memories of their time in Liverpool.”