Liverpool uses art to send out anti-hate crime messages for Pride weekend - The Guide Liverpool
Contact Us Advertise with The Guide Our Video Services Follow us:

Liverpool is set to use its cultural credentials to send out the message that homophobia, transphobia and biphobia have no place in the city.

The city’s largest LGBT+ organisations are working in partnership with Liverpool City Council’s Culture Liverpool team to curate visible projects that not only celebrate the community, but emphasise the importance of acceptance.

One of the first activities will take place across what is traditionally Pride in Liverpool on Saturday 31 July.

A series of emotive slogans that were emblazoned on placards at last month’s protest, which took place after a spate of homophobic attacks in the city, will be replicated on digital billboards across the city and will form part of a social media campaign across the weekend.

Plans are also under way for a public art trail to launch in October. Brand new, specially commissioned work will be visible across the city, taking in key areas that resonate with the LGBT+ community, including where attacks have taken place around the Ropewalks area.

Liverpool City Council  is supporting the project which is being led by the LCR Pride Foundation, Liverpool City Region’s LGBT+ charity, and Homotopia – the UK’s longest-running LGBTQIA arts festival.

As well as creative events, there is also a committment to working with the hospitality, leisure and transport sector to ensure that there is training on how to prevent hate crime and ensuring the city is a safe place for everyone.

“The spotlight has been on our wonderful LGBT+ community for all the wrong reasons recently due to an ignorant minority, and so this project is about addressing the issue of hate crime though culture, and using it to celebrate this vibrant and creative of the community. 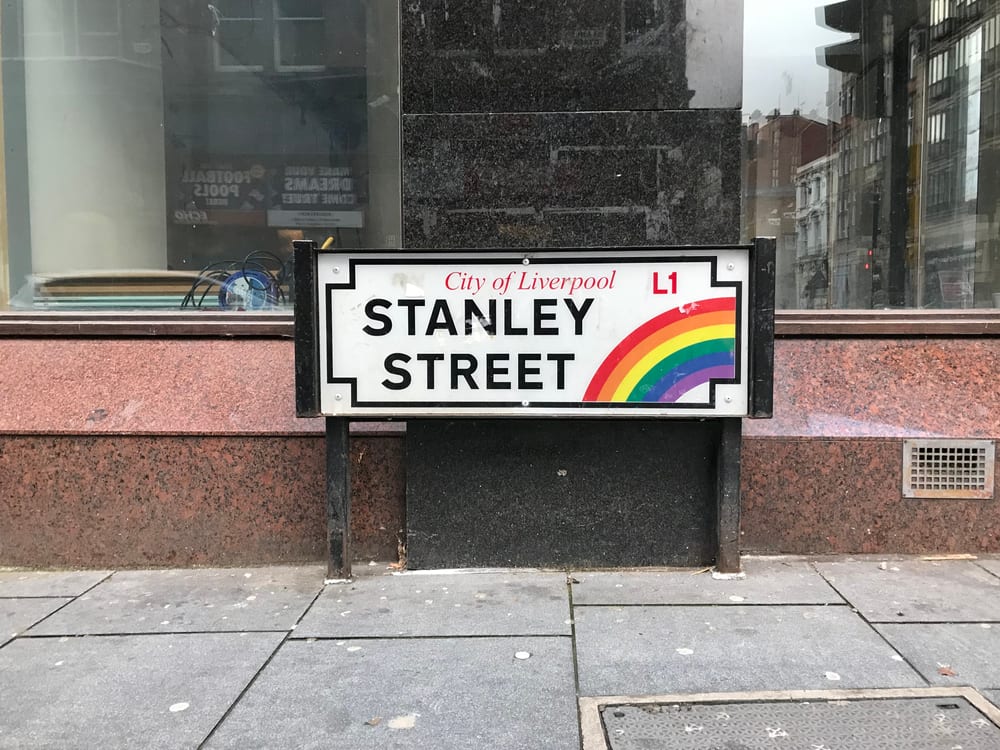 “Hate has no place in this city. We pride ourselves on being welcoming and tolerant and the series of attacks in recent months are not reflective of the city I know and love.

“We are so pleased LCR Pride Foundation and Homotopia are working in partnership with us to enable there to be a real, tangible response to these hate crime incidents.

“Pride weekend in the city is such an important part of our calendar, so to still be able to mark it digitally is massively important. I look forward to the project growing and developing over the coming months and hope it results in more unity and cohesion in Liverpool.”

“If you ask people where the UK’s longest running LGBTQIA arts festival is, they’d probably guess London or Brighton.

“On the contrary, we are proud that Homotopia was born and bred in Liverpool. This city has welcomed some of the highest profile names in queer culture as well as nurturing a wealth of local LGBTQIA talent, for nearly 20 years.

“We’re pleased to partner with Culture Liverpool, Liverpool City Council and LCR Pride Foundation on a project that will demonstrate the vital significance of queer culture to the history and creative life of Liverpool.”

“Pride is a protest first and foremost and the arts have historically been a powerful medium through which to both challenge prejudice against LGBT+ people and drive change.

“This project will elevate and celebrate LGBT+ voices and highlight the inequality, abuse and discrimination that the LGBT+ community faces. We’re looking forward to working in partnership with Culture Liverpool, Liverpool City Council and Homotopia to support the delivery of an artistic response that sends the unequivocal message that there is no room for hate in the Liverpool City Region.”