Liverpool will light up purple and social media accounts blackout in support of George Floyd - The Guide Liverpool
Contact Us Advertise with The Guide Our Video Services Follow us:

Liverpool continues to pay tribute to George Floyd today as city landmarks are set to light up purple and blackouts happen across social media, including here at The Guide Liverpool

The act of remembrance will begin at 4pm in support of, and in protest at, the death of the African-American in the US.

It follows the tribute by Liverpool FC yesterday when players went down on one knee around the Anfield circle to honour the Minneapolis security guard and the Black Lives Matter movement.

Today you will not see your normal social media activity on The Guide Liverpool accounts as we join the Tuesday Blackout across the world alongside other Liverpool platforms like Get Into This and Radio City.

This will be the only social media post we send today. #BlackLivesMatter #BlackOutTuesday#TheShowMustBePaused pic.twitter.com/NcFGRLU81D

Gee Walker, Founder and Patron of the Anthony Walker Foundation and, of course, Anthony’s Mum.

“Once again social media has exposed what we have been experiencing in the darkness. To the few it’s their first experience of racism being magnified, but for us it’s everyday.

After watching the killing of George Floyd we are not shocked but reliving, weeping & recoiling in painful agony for those whom we have lost. 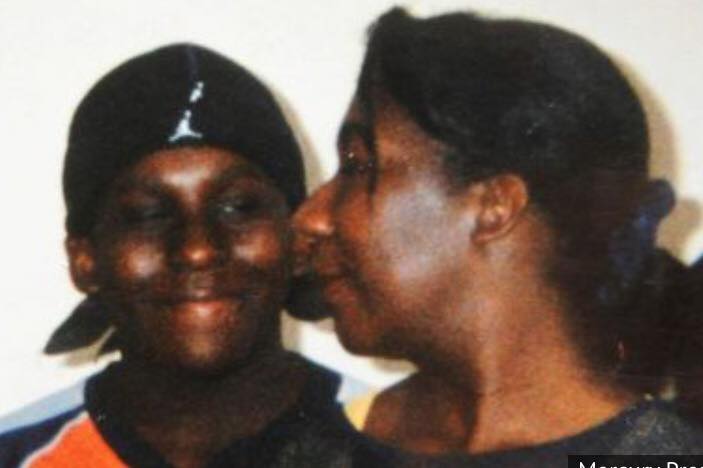 We are mourning the lives ruined and stand shoulder to shoulder with those who are continually living with racism & hate on a daily basis.

AWF pleads for peace & unity. Violence isn’t the way forward and too many of the innocent and the vulnerable will be harmed and killed.

Violence will only further separation and division resulting in the the tearing apart of families and communities.

Jacqui Spencer and Sonia Bassey, MBE, are leading the city’s response which will also include a vigil on Saturday as communities across the world demand justice and say: “This is not okay!”

Jacqui says: “The Vigil for Justice and lighting up our civic buildings was a heartfelt response by Jacqui and myself. We are two local women reaching out to George Floyd and his family after witnessing his horrific murder.

“It was heart breaking and brought home to us that this could have been one of our fathers, brothers, sons, uncles, nephews; and the way the city and the communities of Liverpool have got behind this just demonstrates to us the level of feeling around injustice, not only for George Floyd, but for all our Black males lost to racism.” 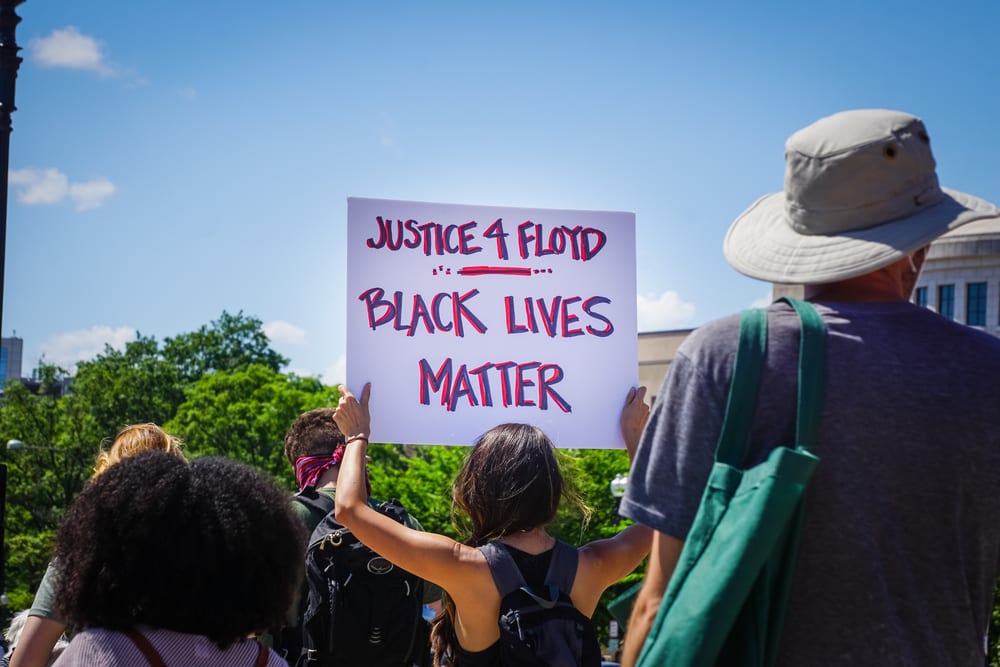 George Floyd died in Minneapolis last week following his arrest by police officer Derek Chauvin, who has since been charged with third-degree murder and manslaughter.

His death has sparked protests across America, including in the capital Washington where riots have broken out close to the White House, and worldwide in support of the ‘Black Lives Matter’ movement.

A video showed him saying he was in pain and couldn’t breathe, while being held down before he died.

Mayor Joe Anderson has added his support to today’s tribute, saying: “Our city has always stood up for justice.

“We will light our buildings purple to remember George Floyd and show communities, everywhere, that justice must be seen.”

Sonia says the idea for the vigil and to light up the city grew out of disbelief, and at seeing the killing as it unfolded on social media.

“To see someone die in front of your eyes, it doesn’t seem real,” she explains. “People wanted to do something to acknowledge their feelings about it, that this should not happen, and it’s not okay.

“People are upset and this is something that cannot carry on, and we have to take a stand against it.

“We need justice and we wanted to show our support and empathy as a community.”

People are being asked to post photographs of themselves on social media at 4pm, taking the knee, using the hashtag #JusticeforGeorgeFloyd or #itcouldhavebeenoneofmine