LCR Pride Foundation’s MarchOnline will take place on Saturday 25th July and forms part of the organisation’s digital ‘Young at Heart’ programme, which is supported by Barclays.

LCR Pride Foundation, the organisation responsible for delivering Pride in Liverpool and the annual March with Pride, has today opened registrations for a virtual march, on what would have been day of the city region’s Pride celebrations.

Instead of taking to the streets of the city, the organisation is this year inviting individuals, groups and businesses to join a ‘MarchOnline’, allowing the LGBT+ community and its allies to safely come together to march in solidarity, celebration and in protest against the prejudice and inequalities that the LGBT+ community continues to face, in the UK and across the globe.

The virtual march will comprise videos of individuals marching, cheering and holding placards in their own homes, submitted by the members of the public, charities and businesses supporting the LGBT+ community. 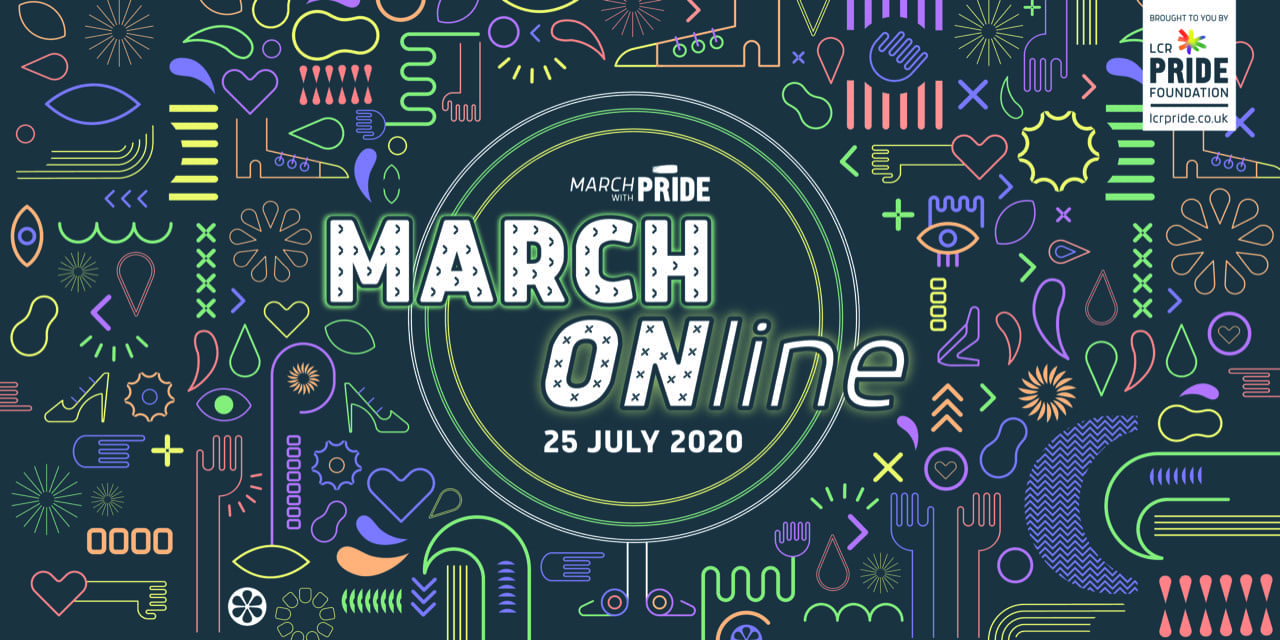 The videos will then be broadcast from the organisation’s social channels, at 12 noon on Saturday 25th July, when the physical march had been set to take place.

Last year saw Liverpool’s biggest ever March with Pride, with a record 12,000 coming together for the annual event. However, both 2020’s March with Pride and Pride in Liverpool were postponed in April, in response to public health concerns raised by the ongoing global pandemic.

Speaking of the MarchONline, LCR Pride Foundation Interim CEO, Andi Herring, said: “It has never been more important for us to find a way to come together as a community, feel connected and March with Pride. MarchOnline provides us with a safe way to do that from our homes and mark who would have been the weekend of Pride in Liverpool.

“We’re looking forward to seeing the diversity and creativity of the Liverpool City Region’s LGBT+ community, its supporters and allies shining through in our virtual march. Even despite a global pandemic, we will march on!”

Individuals wishing to take part in the virtual march are asked to register and submit a landscape-orientation photo or 20-second video while waving, cheering, marching, dancing, posing with a partner, family or pet, or even displaying a banner.

Organisations wishing to ‘march’ as a group will also be given the opportunity to provide a 10 – 20 second video from a designated spokesperson, introducing the organisation, why it is marching and sharing what Pride means to them.

Andrew Websdale, Regional Head of Barclays Spectrum, Barclays LGBT+ colleague network said: “Pride is more than a march, it’s about coming together as a community in celebration, unity and solidarity. Pride is still needed, more so than ever for some. So although we can’t celebrate in the same way in Liverpool this year, we are delighted to sponsor the Young at Heart 2020 Digital Programme, including the MarchOnline event.”

The deadline for registration and submission of images and videos is midnight on Monday 6th July.

Full details of how to submit your video can be found at lcrpride.co.uk/march

Monday is a big day as some stores in Liverpool City Centre reopen. ? We've been in today to see what's new.