Laura Worthington, who owns the bakery, was contacted by a producer on the show, asking for a custom-made cake to be delivered to the North Wales castle set of this year’s series.

She set about making a two-tier decorated sponge, wrapped in a forest scene with chocolate and red velvet layers – and judging by Ant and Dec’s reaction, it tasted far better than even the final camp feast.

The pair posted a video of themselves on their Instagram, excitedly tucking into whopping slices backstage on a break in filming.

And Laura, who’s a fan of the Geordie pair, couldn’t be happier to play her part in Ant’s 46th birthday celebrations.

“Ant and Dec are the same age as me and I’ve grown up with them from the Byker Grove days so for them to now be eating my cake is a bit of a biggie for me,” she says.

The order came about after Laura was contacted on social media by one of the producers who’d seen her work and loved it.

She had also supported a crowdfunder for Laura and her family when their home was destroyed by fire in May this year. 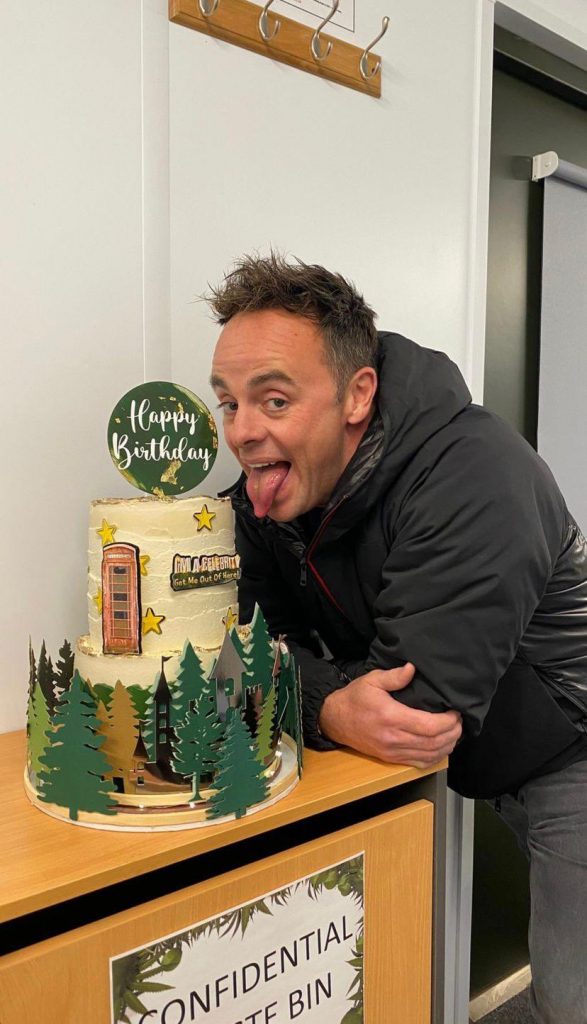 “She’s followed me for quite some time, we’ve had some lovely conversations, and she’d seen what had happened and donated to one of the fundraisers herself.

“She told me if there was ever a need for any cake she’d be straight on to me – and she was!

“When she came to me with the order, she didn’t tell me who it was for, just that it would be going to the I’m A Celebrity set. But obviously I did a bit of Googling and saw that it was Ant’s birthday so I knew who’d be getting it.”

Laura was given quite a detailed brief of what was wanted – including the forest, yellow stars, the I’m a Celeb logo and iconic red phone box where campmates get calls as part of the Dingo Dollar Challenge.

That was lucky because the baker admits she’d never watched the show before this series, because she and husband Tom are usually busy with the business and looking after their baby daughter. 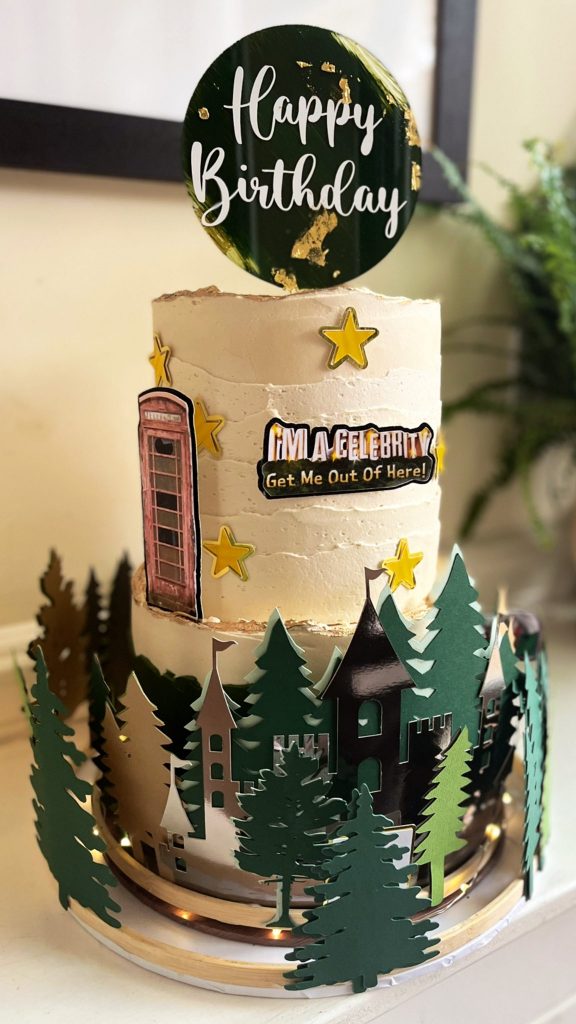 “We’re not really telly watchers, we’re more likely to put a podcast on or listen to music just because of our working day, so this is the first time we’ve actually been watching and we’re really enjoying it.”

Although Laura’s made quite a few celebrity cakes before, including one for Steven Gerrard leaving Liverpool, she says Ant’s has to be the highest profile one to date, and it’s certainly caused the biggest reaction.

“Their profile on social media and the ratings for I’m A Celebrity are huge,” she says. “When you get an order like that, you’re just thankful they’re not trying to get freebie, but I never have any expectations about any extra business it might generate because they don’t normally tag you.

“The fact that they did a whole little sketch around it on their Instagram was unbelievable, I didn’t expect anything like that at all, so that was really cool.

“Even on my own social it’s definitely got the most amount of likes I’ve ever had on one post and I’ve had so much positive feedback.

“I got lots of messages from people who said they were really made up for me because I was their family cake maker, and then there were a lot of well-wishers too because people know the year I’ve had.”

After such a traumatic experience, Laura says she and Tom are gradually getting back on track.

“It’s only now that we can look back and truly grasp the measure of what happened and how amazing people were.

“During the time that it was happening we were in shock, I can’t remember a lot of it because it felt like we were in this whole other world, trying to come to terms with losing everything. But the support was unbelievable, a lot of people were amazing during that time and getting back to work really helped.

“I had a planned two weeks off at that time anyway, but then baking and getting back to orders again was what saved me because I think I’d have gone into a really low place if I hadn’t had that.

“Life’s like that, you have your lows and then you get the highs and you’ve just got to ride that rollercoaster – this is a massive high to end the year on and we couldn’t be more chuffed.”