Liverpool's Natalie McCool is back with brand new single 'Closure' - The Guide Liverpool
Contact Us Advertise with The Guide Our Video Services Follow us:

Liverpool’s Natalie McCool is back with brand new single ‘Closure’

Liverpool singer songwriter Natalie McCool is back with a brand new single.

Natalie McCool returns with new single ‘Closure’. She has also recently announced a rescheduled Liverpool headline gig with her band at Kazimier Stockroom on 24th September 2020. The last remaining tickets are on sale here.

You can stream the single on your streaming service here.

This new single was previewed by BBC Introducing ahead of what was to be a triumphant trip to SXSW. Dave Monks has not only played it a few times on BBC Radio Merseyside, but also took it in to Tom Robinson’s BBC 6Music show last weekend.

It’s tricky to navigate a single release when a whole bunch of the plans you have made to promote it are compromised but putting out music into the world is a privilege that Natalie does not take lightly, therefore she is pushing on through unchartered territory. 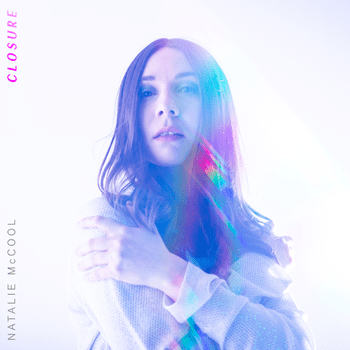 The single, written and produced by Natalie alongside Kenzo Zurzolo, is taken from her forthcoming album and features a narrative that many of us can identify with, in her own words:

Have you ever wanted to get over someone so much that you figuratively bury them? ‘Closure’ is the journey you take to finally slamming the door on that person. It’s a high energy middle finger to your once beloved. What I imagine people doing when they listen to this song is bouncing around singing the chorus at the top of their lungs – I wanted to create something that is anthemic but also full of humour. Because sometimes, crying and laughing are not so different from one another.

When you are suffering from loss & grief from a bond that’s been broken, the emotions you feel are very complex and numerous, the facets of a break-up are many – like a rainbow. This idea interests me because rainbows are always seen as positive, and I believe going through that range of feeling is also positive because it’s a necessary process FOR closure.

So I brought this rainbow idea, which is also a big image in the song’s chorus, to all of the creative ideas for the single campaign too – the idea of reflection, refraction and spectrum – what is necessary to achieve closure.” – Natalie McCool

If 2019 was a transitional year for Natalie McCool, 2020 feels like she’s forging a new path for herself, having built a strong foundation to achieve great things. Her last single ‘Someone Nue’ picked up support across multiple national radio stations and saw her support Aurora and She Drew The Gun, alongside playing many of her own headline shows across the UK. Recently, a cover Natalie did of ‘Wondrous Place’ by Liverpool legend Billy Fury was chosen by SKY to head up the advertising campaign for one of their new dramas ‘The Third Day’, a collaboration with HBO starring Jude Law and Naomie Harris, produced by Brad Pitt’s production company. Check out the trailer here.

She released her debut album ‘The Great Unknown’ in 2016, with tastemakers from across the board becoming fans of her exceptional art, such as The Sunday Times, Q, Line of Best Fit, as well as Huw Stephens and Alice Levine. Single ‘Cardiac Arrest’ was also BBC Radio 1 playlisted, in the lead up to the release.