There aren’t many voices coming out of Merseyside that are quite as distinctive and mesmerising as Luke Cusato’s. Luke was part of the first ever LIMF Academy back in 2014 and played the festival last year, he has also received backing from BBC Introducing,Liverpool Sound City and Sony. His recent collaboration with producer Michael Seary ‘Can’t Say It Back’ was one of our favourite local tunes of 2015 and with a new EP release and even more gigs, 2016 is looking pretty bright too.

You have one of the most distinctive voices in the city, can you remember the moment you realised you could sing?
Thank you so much! I’m flattered that you’ve said that. I think I realised I could sing just before writing ‘Blueskies’; honestly speaking though I used to sound terrible and I couldn’t hit a note, but it was simply down to passion, practice and determination which changed things. Check out ‘Blue Skies’ in the video window above.
How would you describe your music and your sound?
Well; I’m still not truly set on a ‘sound’ as of yet so I’m still very experimental, although I am being drawn into the Electronic side of things nowadays. No matter what though; I think my music will always be driven by passionate and emotional vocals.
https://soundcloud.com/luke-cusato/call-me
Your songs are full of passion, where do you get your inspiration from when writing?
Most of the time its very personal stuff in which I write about, either how I’m feeling there and then or by reflecting on the past.
https://soundcloud.com/luke-cusato/bodies
LIMF has played a massive part in shaping the artist you are today, it really is more than just music festival isn’t it?
I was pretty chuffed to be named as one of the top 5 most ready artists by LIMF. I’d already released my debut single and been working with my mgmt and had quite a few things going on by then. LIMF gave me the opportunity to show some top industry people what I could do and I have gained some great new contacts. Of course playing the festival itself is always really cool, it’s such a great event for our city … Can’t wait for this year!
WATCH Luke Cusato perform ‘All Over You’ at LIMF 2015
You have worked with local producer Michael Seary on ‘Can’t Say It Back’. Any other local musicians you would love to collaborate with?
Yeah I love Xam Volo, I’d love to work with him at some point. Also I’m really into Cavalry, writing with those lads would be great!
Top 3 tracks by other local musicians?
‘Sure Enough’ by Red Sails, ‘Soak’ by Cavalry and ‘Rescue Me’ by Xam Volo.
We must have played your Kings of Leon, Revelry cover every week on our Juice show for at least 6 months, it is superb! What other artists are on your iPod?
I know, I’m honoured that you guys always play that. I have all sorts of Artists in my music library; Jack Garratt, Lianne La Havas, JP Cooper, Matt Corby, Allen Stone, Maverick Sabre, John Legend, Childish Gambino, Sticky Fingers, Flume, Ark Patrol… It goes on haha.
Let’s talk Liverpool/ Merseyside – Favourite local eatery, bar & music venue?
I do love LEAF, its just a super chilled place, I wouldn’t say I have a favourite bar as I’m easy haha but Concert Square in general is a great place for bars and clubs. I’d have to say that the Kazimier was one of my favourite venues, I’ve seen some great acts play there. Its such a shame that its closed down now!
Favourite place on Merseyside to chill and get away from it all?
West Kirkby for sure! 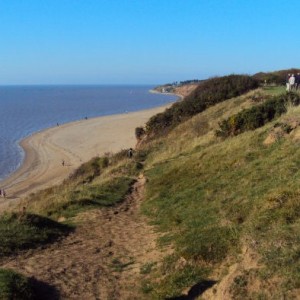 What can we expect from you in 2016?
Well I’m working on a new EP which should be released this year and there’s a few great producers that I’m currently working with too, so there’s going to be more features. I might try and grow a beard too, lets see if it’s possible haha!
Finally where can we hear more of your music?
https://soundcloud.com/luke-cusato, youtube/spotify or if you are feeling generous you can visit iTunes too: https://itunes.apple.com/gb/album/backbone-ep/id976162941
Share