Local electronic music producer Michael Seary was named one of LIMF 2015’s ‘Most Ready’ local artists, having already worked with some of Liverpool’s finest vocalists and musicians we wanted to know what the next 12 months have in store for this experimental home grown talent. His recent single ‘Can’t Say It Back’ featuring another local talent,  Luke Cusato has gained national attention and put him on the map as a real ‘one to watch’ from Liverpool. Watch the video above and you will see what we mean!

Also what exactly is a producer and why do some label EDM as not ‘real’ music, we have put Michael Seary in our local music spotlight.

A lot of people take for granted what an actual Producer does, explain to us exactly what you do.
Essentially a producer makes a track from scratch for an artist that approached them, or one that they have in mind. Alternatively the producer will be brought in to help develop and improve a track that an artist may already have the basic foundations done and they just want that little bit extra added.

When did you realise that you had a passion for electronic music?
My earliest memories of producing was on a Playstation 1 game called Music 2000 where you could make your own sounds or used pre made loops to make music but my first real love was the album Experience by The Prodigy because I remember throwing up gun fingers in my living room to Out of Space and have an amazing little rave by myself while my mum was doing the dishes haha! After that I was hooked I just kept finding Cassette’s and CD’s laying round the house and playing them, most of which I robbed from my Sisters and Brother. 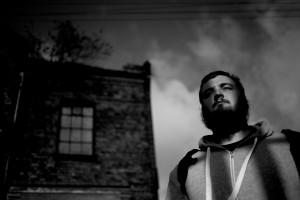 We have heard a few saying recently that electronic music isn’t ‘real’ music, and that you can never actually play live – what do you say to those people? And don’t swear!

I can’t help but laugh at these people, in the 50’s and 60’s rock music wasn’t considered to be “Real Music” it was just noise to everyone who didn’t like it and I suppose thats what they now think. From my own personal experience most electronic musicians who I know can play multiple instruments to a competent level and are more than comfortable with the theoretical side of music.

I myself have had this argument many times with people who consider themselves ‘real musicians’ but struggle to tell you what key the song is in or even know what a scale is and they are shocked when I have to work it out for them. I would consider myself a ‘real musician’ as I can play the drums to a competent level and I am pretty fluent with music theory which has allowed me to work with and perform with an orchestra where I had to write a score for them but I suppose that doesn’t count as I am an electronic musician in their eyes.

How would you describe the sound that you create?
My sound would be energetic and emotional, I always try to recreate how I feel at that particular time in music. I think the use of my chord progressions reflect that but then the drums always keep the song moving. If you listen to my song ‘Can’t Say It Back’ with Luke Cusato you can understand exactly what I mean. The tracks instrumental is emotional but the drums to an extent contradict the sad melancholy sounding chords and make the overall track feel upbeat. Check it out on the video above this post.

You have teamed up with many local artists, Katy Alex, Luke Cusato etc – what other Liverpool musicians would you love to have on your tracks?
At the moment XamVolo is probably the main one in my sights, I have been speaking to him now for a few months and I have just recently remixed his new single Rescue Me which has had a fair bit of support on BBC Merseyside and BBC 1xtra.

And vocalists outside of Liverpool? A Seary/ Rihanna collab would be immense!

A Rihanna collab would be a belter like ha! We could be here forever if I went through every vocalist that I’ve wanted to work with but I suppose my top three would have to be Lykke Li, Imogen Heap and Lauren Mayberry (Chvrches).

What producers/ DJ’s have you looked up to over the years?
Again this list could literally be endless but my top three are J Dilla, Deadmau5 and Rob Swire. I have always favoured producers over DJ’s purely on the fact that I have focused the majority of my music career on production rather than DJing.

What advice would you give to aspiring producers?
Just do you, people always aspire to be the next big thing by sounding exactly like the current big thing. Stop it and just do you, make your own lane and people will follow.

You were one of the LIMF Academy ‘Most Ready’ artists last year – Tell us what LIMF has done for you and other local musicians?

The Academy is incredible, even before I was involved it had already done so much for local artists like Luke Cusato, Xam Volo and Little Grace who where all part of the 2014 intake. For me personally it has helped me become a more professional artist. I try to always look at the bigger picture when it comes to my music which has ultimately lead to me receiving multiple national radio plays which I know The Academy has helped to achieve this.

But aside from the music The Academy has helped me make new connections within in the industry with people who I may have never met such as Simon Pursehouse from Sentric Music and Jay and Ellie from right here on The Guide Liverpool.

What does 2016 have in store for Michael Seary?
Well right off the bat you will see a lot more cups of tea being consumed by me as I love a good brew so expect a lot of pictures of that ha! But from a music side of things my EP will be out a little later this year just in time for Summer it has a lot of great features on there from artists like Terri Walker, Joey Seary, KOF and Katy Alex. Most of the music hasn’t been heard unless you’ve seen me live over the last few months so it is going to be nice to hear peoples thoughts on the unheard music.

As well as the studio releases i’m hopefully going to be doing a lot more live shows this year with my band Michael Seary X Wired Goliath. We already have a few shows lined up for the year which I can’t wait for. 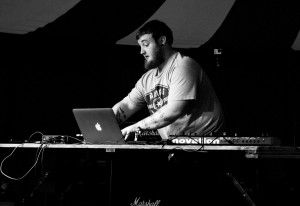