Mac House Remembers Lady Stoddart - The Guide Liverpool
Contact Us Advertise with The Guide Our Video Services Follow us: 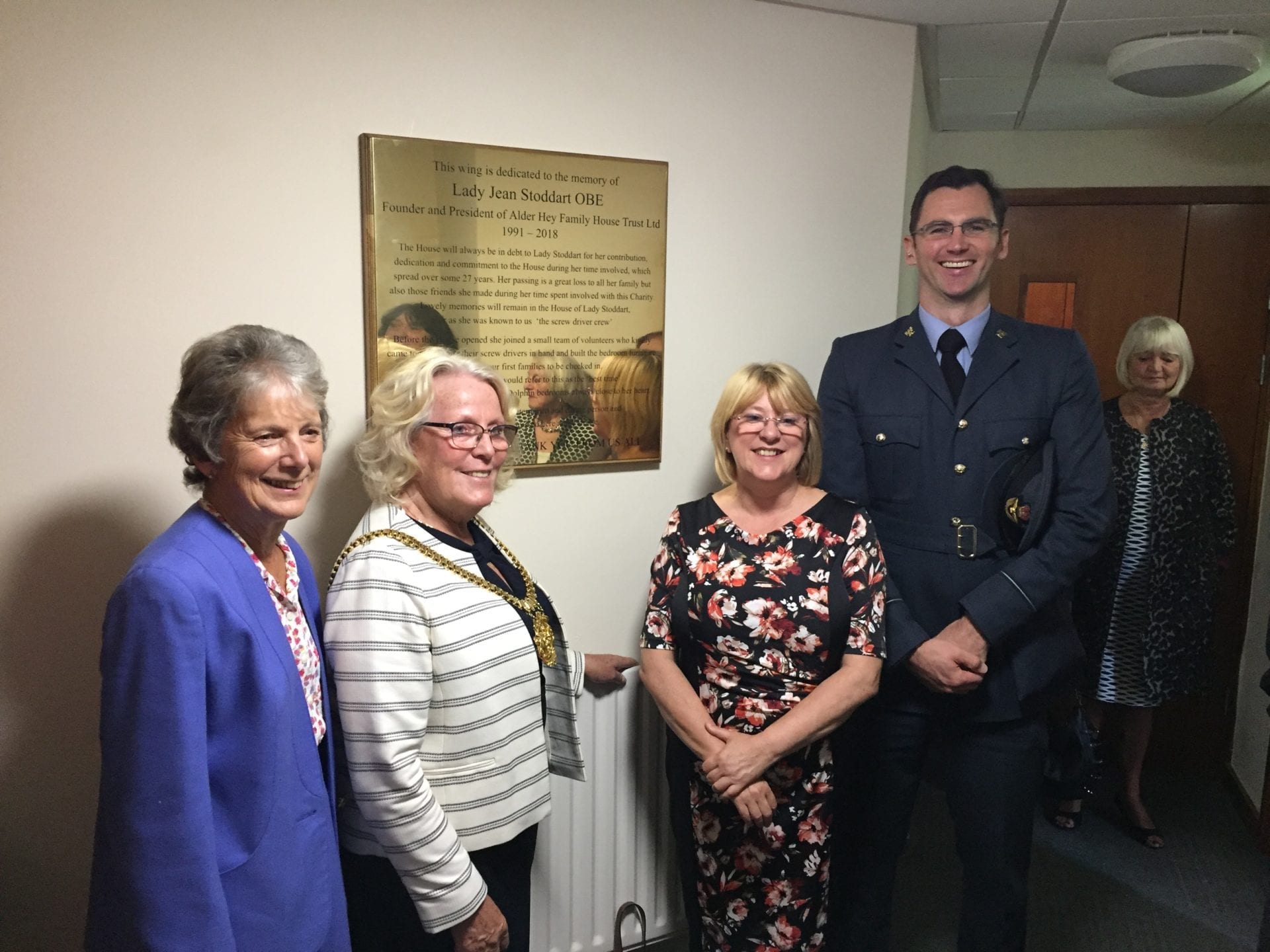 Family, friends, former and current trustees gathered at Ronald McDonald House Liverpool alongside the Lord Mayor of Liverpool and the Junior Lord Mayor to unveil a plaque to celebrate the life of the founder of the house, Lady Jean Stoddard.

After first- hand experience of seeing exactly how much difference to recovery could be made by having a child’s parents very close by, Lady Stoddart approached McDonalds UK and the RMH Charities organisation, about building a house at Alder Hey. Lady Stoddart became the Chair of the Alder Hey Family House Trust and was President for many years until her death in February 2018. 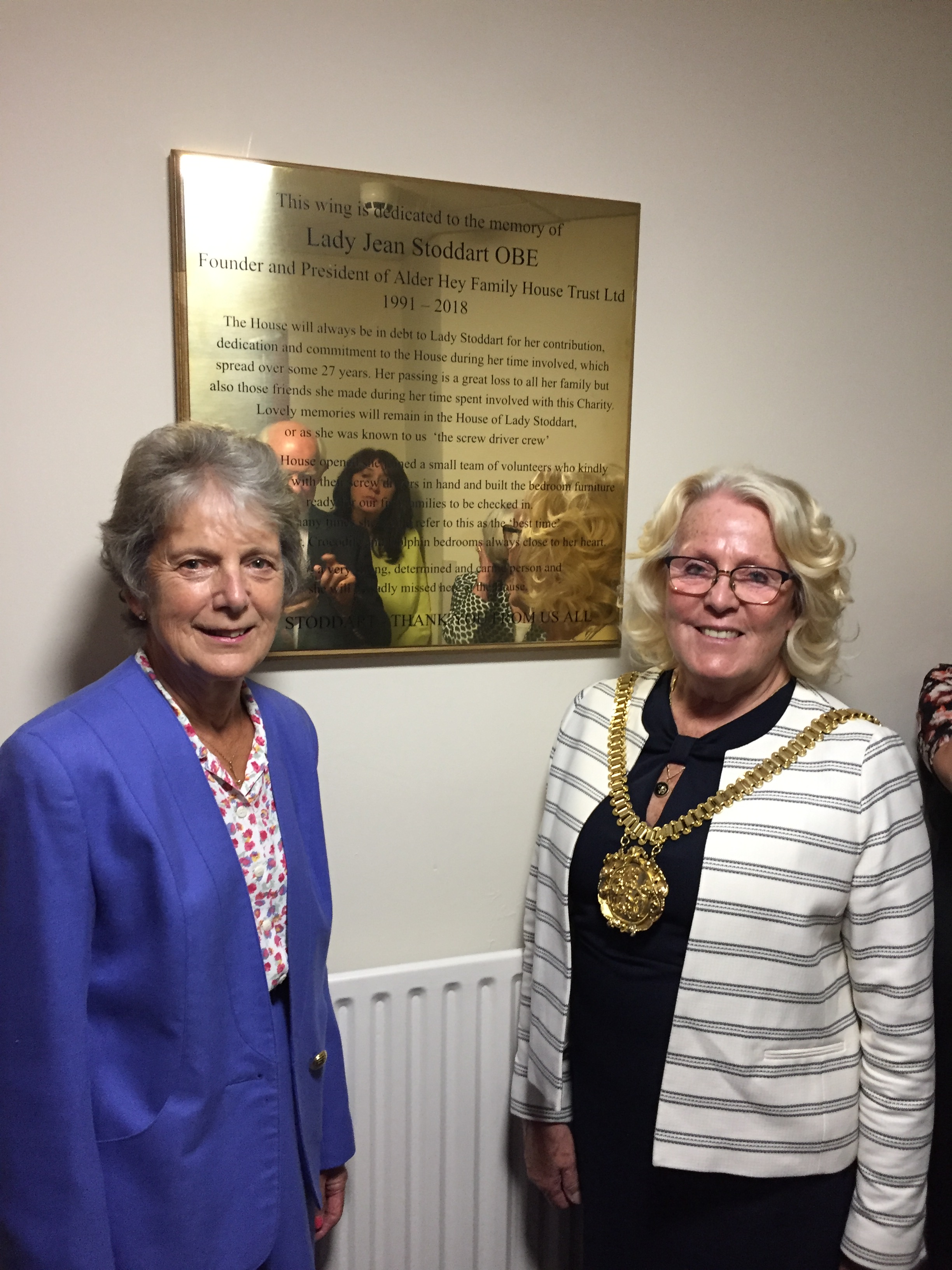 With funding provided initially by the Alder Hey 75th Birthday Appeal, Ronald McDonald House Liverpool (Mac House as it is affectionately known by families who stay there) opened its doors on 7th May 1993, with just 26 bedrooms. Twenty five years later, her legacy lives on and over 32,000 families have been accommodated by the charity, and the house now has space for 84 families per night.

Lady Stoddart’s daughter Jenny attended to unveil the plaque alongside the Lord Mayor and Junior Lord Mayor. The event was even more poignant for the Junior Lord Mayor, Matilda Brookes Jones, whose family stayed here ten years ago when she was a baby and receiving treatment at Alder Hey hospital.

For more info head to the website here and keep your eyes peeled as very soon we spend a week with Mac House on The Guide Liverpool and introduce you to the families that stay there and the staff and volunteers who make it all work.