Manchester and Liverpool remember on second anniversary of arena attack - The Guide Liverpool
Contact Us Advertise with The Guide Our Video Services Follow us:

Manchester and Liverpool remember on second anniversary of arena attack 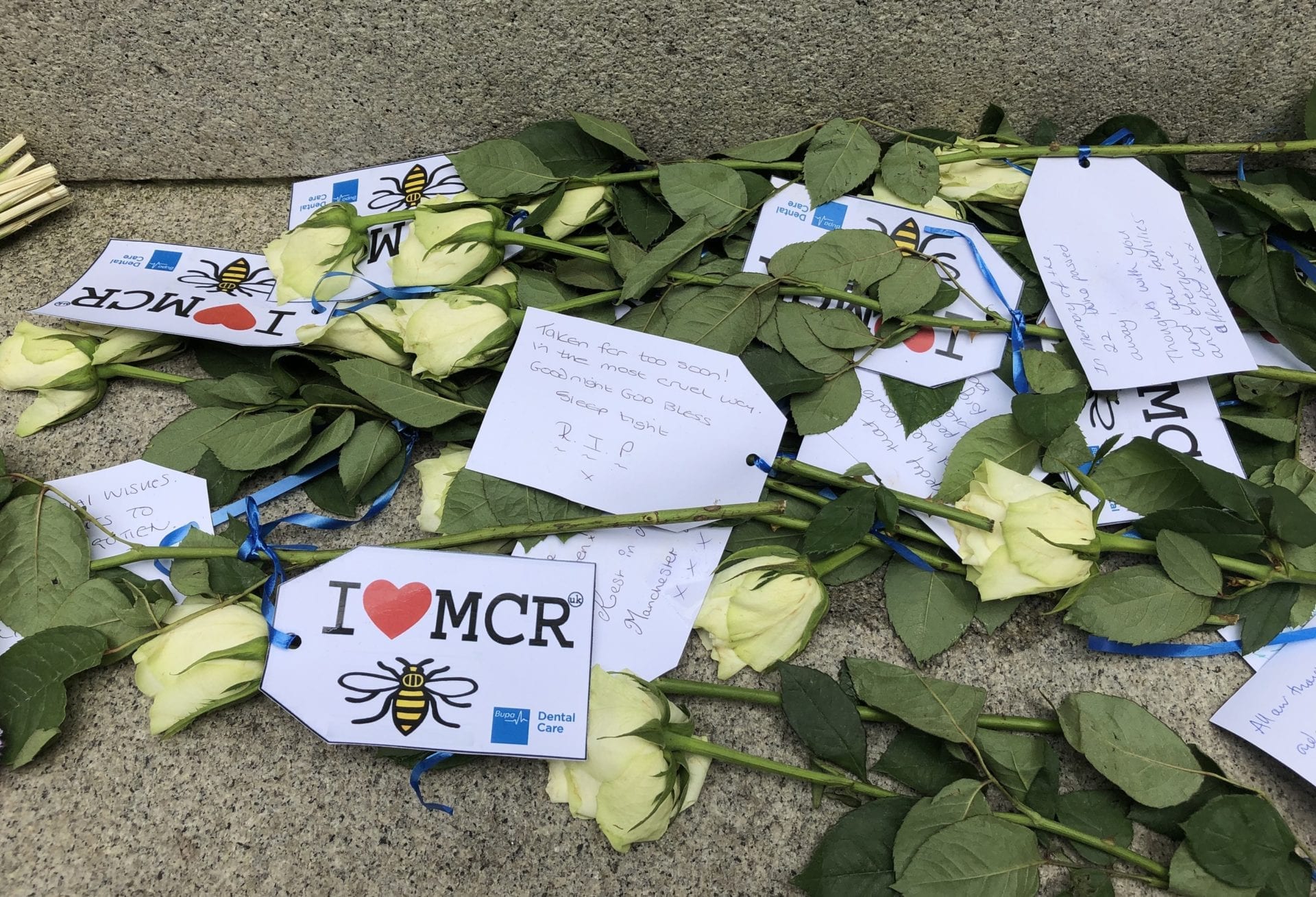 Marking the anniversary, Ariana Grande simply posted a bee emoji – the worker bee being a symbol of Manchester – to her Instagram story. Tonight Liverpool will light up in orange for local teenager Megan Hurley who was killed in the attack.

An invitation-only commemoration was attended by family members of those killed in the atrocity, along with some of the hundreds injured and first responders to the scene.

St Ann’s Church and the surrounding square became a focal point of public mourning in the aftermath two years ago as the square was filled with flowers, cards, toys, balloons and candles.

Whilst here in Liverpool buildings such as St. Johns Beacon, Liverpool Town Hall, St. George’s Hall and the Cunard Building will light up orange tonight to remember Halewood teenager Megan Hurley who was just 15 when she was killed. Her brother Bradley was also critically injured in the attack suffering serious body trauma, and finally recovering after a long stay at Manchester Royal Infirmary. Megan’s parents have since set up the Megan Hurley Foundation in her memory. Find out more here.

Officiating the Manchester service today, Canon Nigel Ashworth, rector of St Ann’s, told the congregation: “Like the thousands of people who came into St Ann’s Church in the days after the Manchester Arena attack, you are welcome.

“It is important to us to keep an open church, one in which the doors are open and we are open to you.

“To offer welcome and help everyone feel included is also the spirit of our city.

“This was shown to all of us in an unforgettable way after that dark event.

“In the face of violence and hatred, we offer solidarity and compassion.

“None of us ever want to see anything like the arena attack ever again, but neither do we want to forget those who died and those who were injured.

“In fact we give thanks for everything their lives meant and continue to mean, especially to those close to them.”

A large candle standing in the centre of the church was lit for the 22 victims and those injured before members of Chetham’s School of Music played composer John Barry’s Somewhere In Time, as photographs of the 22 were displayed on screens.

A minute’s silence was held halfway through the service which was also observed by several hundred people in the square.

Representatives of the Hindu, Muslim, Sikh and Methodist faiths led prayers of intercession, the Very Rev Rogers Govender, Dean of Manchester, held a civic prayer and the blessing was given by the Rt Rev Dr David Walker, Bishop of Manchester.

Outside in the square, crowds gathered as more tributes were left at the war memorial.

Among messages left in chalk on the pavement were: 22 Always In Our Heart, Fly High 22 Angels and Love Over Hate. Don’t Look Back In Anger. Manchester 22.05.17.

Like last year, at 10.31pm – when Salman Abedi detonated his device in the foyer at the end of Ariana Grande’s concert – bells will ring out from buildings across the city centre, including Manchester Town Hall, Manchester Cathedral and St Ann’s Church.

Marking the anniversary, Grande simply posted a bee emoji – the worker bee being a symbol of Manchester – to her Instagram story.

The hashtags #OneLoveManchester, #ManchesterRemembers and #WeStandTogether were all trending on Twitter across the United Kingdom as many people posted messages remembering the attack.