Maya Jama to open youth-led exhibition in Liverpool - The Guide Liverpool
Contact Us Advertise with The Guide Our Video Services Follow us: 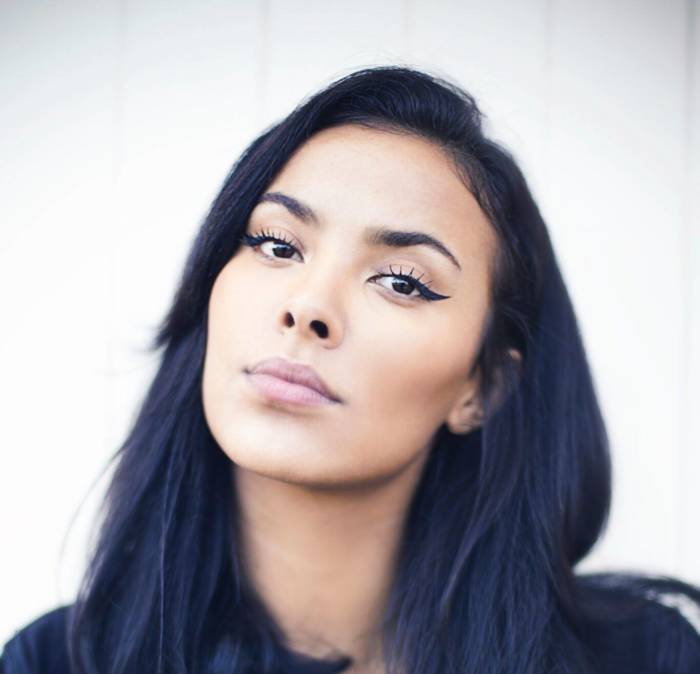 A youth-led exhibition speaking out against the harmful practice of female genital mutilation (FGM) will be opened by TV and Radio 1 presenter Maya Jama on Tuesday 5 November at Liverpool John Moores University.

The exhibition, curated by members of Savera UK Youth was initially created to be displayed at the National FGM Centre’s annual seminar, which took place  in London on the International Day of Zero Tolerance for Female Genital Mutilation (6th February).

The exhibition, comprising photographs, collages and poetry created by members of Savera UK Youth, will now be shown in the Peter Jost Building on Liverpool John Moores University’s Byrom Street campus for one day only (5 November, 2:30pm – 5:30pm).

MORE: A new restaurant has just opened on the terrace at Liverpool ONE

Since losing her sister, Banaz, in a tragic honour killing in 2006 Payzee has dedicated herself to campaigning to eradicate HBA and child marriage. Payzee became a Survivor Ambassador for the Safeguard Futures, Ban Child Marriage campaign with IKWRO.

Speaking ahead of the event, Payzee said: “As a survivor of FGM I am committed to raising awareness about this and other harmful practices which contribute to honour based abuse.

“We must challenge these practices and eradicate them on every level through education and training. In order for us to achieve this we must recognise and understand the complexities of honour based abuse.”

Following February’s event, Savera UK Youth members decided to expand the exhibition in order to engage more young people and provide an opportunity to learn more about FGM. The upcoming show will now include live performance art and the performance of a specially-written song, alongside the young people’s poetry and visual art.

The initial pieces for the exhibition were first created during three sessions in which Savera UK Youth members spoke to a survivor of FGM Babs Cessay about her experiences and also representatives from Savera UK, to learn more about the harmful practice.

Savera UK Youth members also participated in a sessions with photographer, Andrew ‘AB’ Abrahamson, who shared tips for using disposable cameras, so they could interpret their understanding of FGM through photography.

Working with AB, the young people curated an exhibition of outstanding images that represented their feelings about FGM, carefully naming the collection. The participants also worked with artist Joanne Tremarco and poet Kiara Mohamed add further elements to the exhibition.

Joanne assisted in the creation of collages and stop motion pieces to further express and illustrate youth members’ feelings around FGM, while Kiara helped them to create poetry around the topic.

The thought-provoking exhibition will shine a spotlight on the often hidden subject of FGM and aims to educate people – in particular younger generations – about FGM and the impact it has on those affected.  It also seeks to empower people to speak out and challenge harmful traditions that violate human rights.

The event will take place during this year’s UK Parliament Week, which engages people from across the UK with Parliament, explores what it means to them and empowers them to get involved.

Savera UK Youth Advisory Board Chair, Ayomide Folarin, said: “We want to use our exhibition to educate other young people about FGM and encourage them, regardless of background or gender, to speak out against this harmful practice.

“We are looking forward to showing our work and meeting other young activists who share our mission to make a difference and raise issues that matter to young people.”

MORE: The winter arts market is back at Liverpool Cathedral this December

Speaking ahead of the event, Maya Jama said: “The work that Savera UK Youth members have put into this exhibition is truly exceptional and I am proud to be supporting them in raising awareness around FGM.

“Seeing FGM through the eyes of people who are just like them and beginning to better understand its impact is such an effective way to educate the younger generation and encourage them to speak out.”

Afrah Qassim, Founder of Savera UK, added; “This exhibition highlights that culture can be beautiful, but harmful practices that violate human rights, such as FGM, have no place in any culture.

“We are overwhelmed by the outstanding and thought provoking work that our youth members have produced and we are proud of their commitment to speaking out against harmful practices and helping to educate the next generation.”

The #EndFGM project has been funded by the #iwill Programme. #iwill is a UK-wide campaign aiming to get 6 out of 10 young people involved in social action by 2020.