Meet the Estates Team at the Royal, two more stars of BBC Two's 'Hospital' - The Guide Liverpool
Contact Us Advertise with The Guide Our Video Services Follow us: 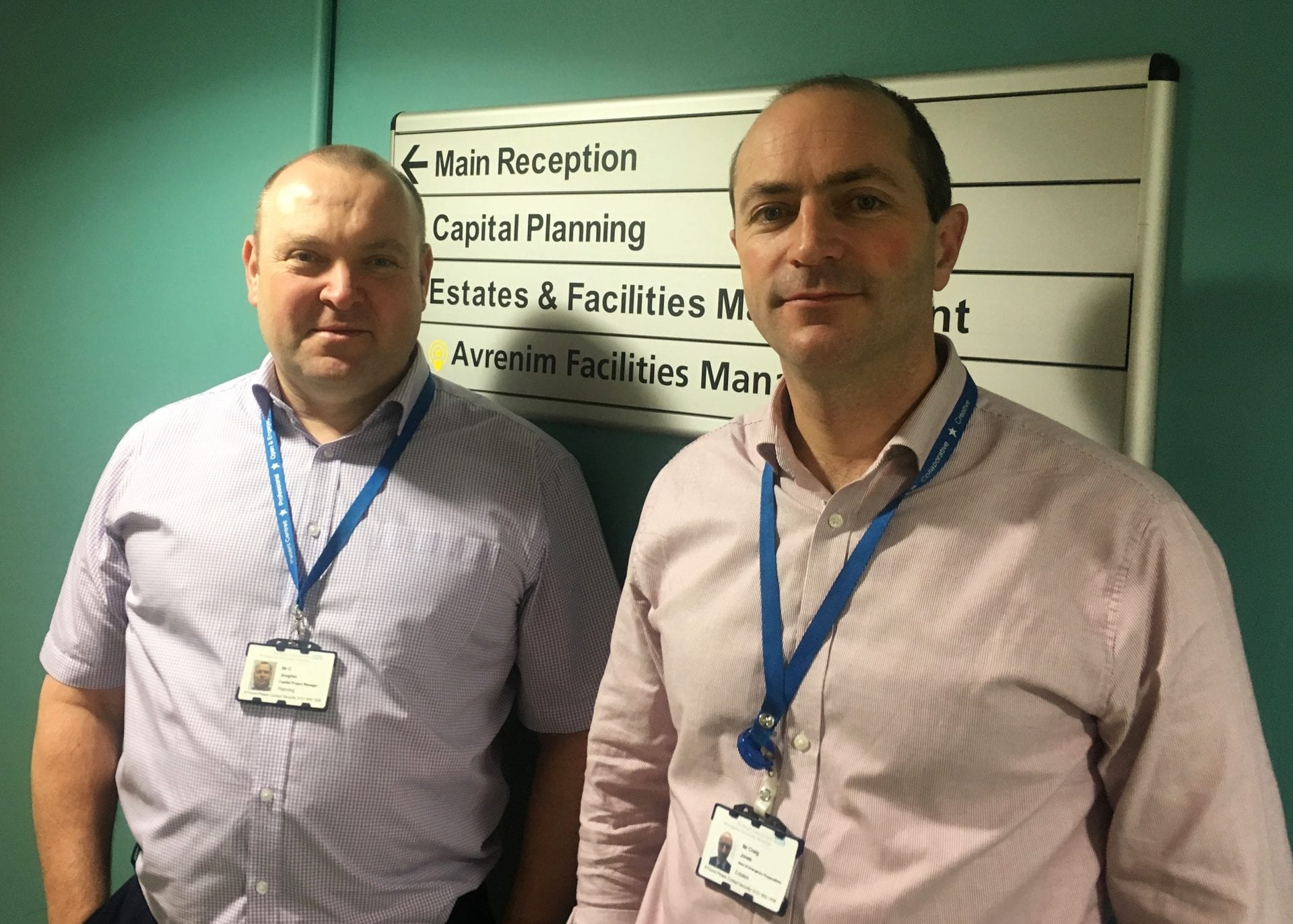 Last week’s episode of BBC2 Hospital featured the extraordinary lengths the Royal’s estates team have to go to keep an out-dated hospital functioning.

Craig Jones, deputy head of estates and resilience manager, and Chris Joughin, estates manager for contracts, property and performance, talk about what is it really like to work in an environment filled with challenges.

“We’re a small, close knit team of very capable people. There are a lot of innovative, creative and very professional people. In the challenges we face people can think outside of the box – and that’s important in somewhere like the Royal.”

For Craig, this job was only meant to be temporary. The former self-employed building contractor joined the Trust to support the build of the new hospital in 2014, but has remained here since: “It’s a unique challenge we find ourselves in,” he said with a wry smile. “You’re not going to get anything else like this anywhere else.”

The estates team are the backbone behind supporting the hundreds of clinicians working in the Royal every day. They work hard to maintain the building and often go beyond the call of duty – they are there when pipes burst, electricity fails or lifts go on the blink.

The Trust is investing over £1 million this financial year to ensure that vital systems and equipment in the current hospital are maintained, in order to ensure the safety of patients. Within this includes a committed spending of approximately £200,000 on a lift refurbishment programme, which is currently ongoing and should be completed by March 2019. The team have also identified and stocked up on critical spare parts for key systems and equipment, refurbished the hot water tank to prevent loss of steam and are installing radiators in side rooms where it’s hard to heat.

“A typical day for us, we know we are coming in to issues. We get an update from Avrenim, our facilities management contract company, and make sure everyone is informed of what is going on. A lot of stuff is reactive,” said Chris, who has worked here for 28 years.

His role in the Trust originated in finance, before moving through the ranks in capital planning and estates. Formerly-head of estates at Broadgreen Hospital, Chris is now in charge of liaising between Avrenim and the wider Trust and undertaking the performance management of the Avrenim contract.

Avrenim was established in 2018 to take over from Carillion to service the Trust’s buildings and sites across Liverpool. “When Carillion collapsed, some people still continued to come on site and work despite the uncertainty about their long term position. Avrenim was then set up pretty quickly. We’re really thankful for that and it’s great that they can still be here, as they know the building better than anyone,” said Chris.

However, the estates team do a lot more than just repair the old Royal. Their responsibilities range across the Trust’s three sites, comprising the Royal, Broadgreen Hospital and the Dental Hospital, and include the call centre, environmental and waste services, security, travel and transport, medical engineering, the Central Sterile Services Department, health and safety, fire safety, energy – the list goes on.

“Small team, big responsibility,” said Craig. “Many of the team’s hidden roles are behind the scenes – there’s a lot that we do and manage that keeps the place going.”

“What people saw on Hospital in terms of flooding in the old Royal, they may have found shocking. But as the programme also shows, we have robust plans in place to deal with these issues and a great team willing to work around the clock if necessary, to fix them. When we can get into the new hospital – I hope we will get the chance to drink a little more tea. This next year certainly is an ambitious and challenging time for the department.”

Do you like the sound of being a part of the Royal’s Estates Team? Currently, Avrenim are recruiting for two mechanical and two electrical technicians. For more information contact [email protected] to discuss.