Merseyside Police come out in support of Government ban on knives, firearms and offensive weapons - The Guide Liverpool
Contact Us Advertise with The Guide Our Video Services Follow us:

Merseyside Police come out in support of Government ban on knives, firearms and offensive weapons

On the 14th of July 2021, commencement of the Offensive Weapons Act 2019 will bring in tough new measures that strengthen our response to violent crime.

The act makes it illegal to possess dangerous weapons in private, including knuckledusters, zombie knives and death star knives, and you will soon have to verify that you are over 18 to buy bladed items from the internet.

As such, we are proactively urging members of the public to make themselves aware of this new legislation and to dispose appropriately of these dangerous weapons.

Chief Superintendent Jenn Wilson, our force lead for serious violence said: “Although these weapons have always been illegal if brandished in a public place, this change in legislation means owners of weapons including zombie knives, shuriken or death stars and knuckledusters could be prosecuted if they are found to be concealing them in their homes. 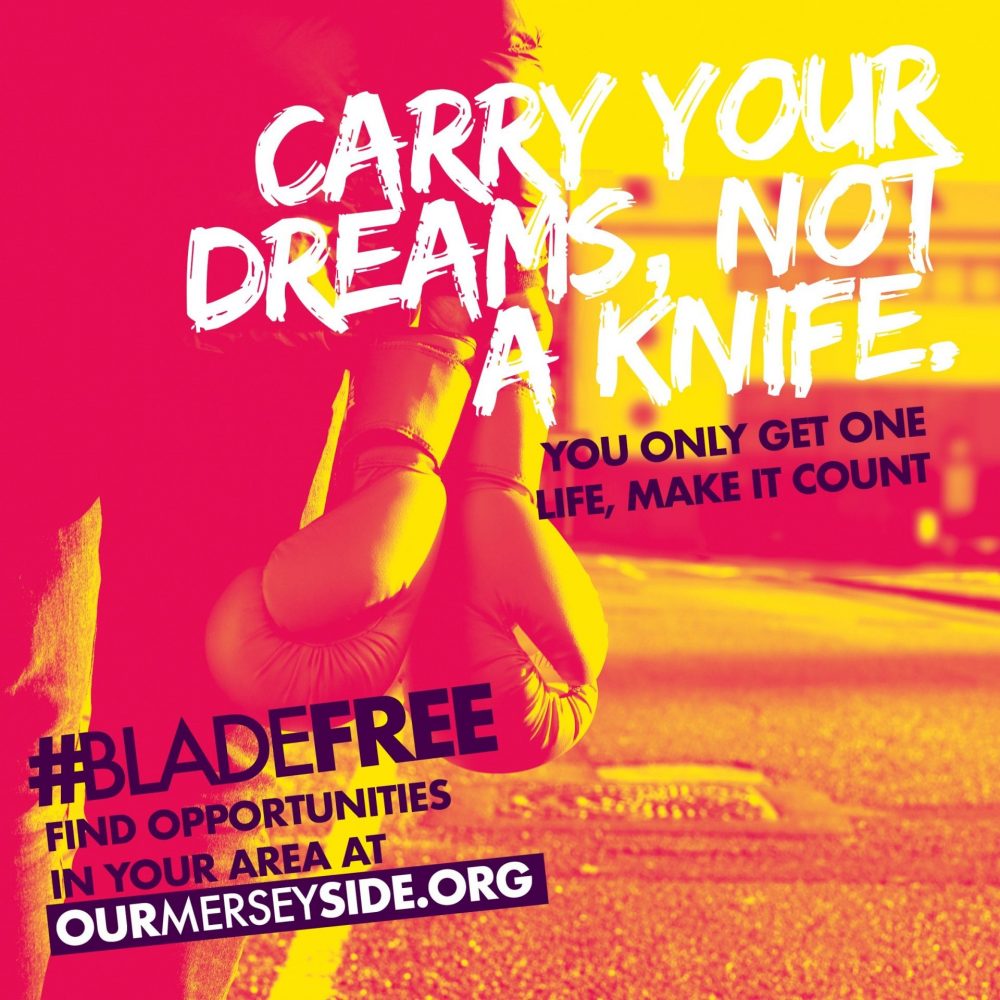 “We want to change the perception of knife crime – we don’t want those living in Merseyside to think that carrying a weapon will protect them, because it really doesn’t. No one should ever feel so scared that they believe carrying a knife is the answer.

“We work hard as a police force to tackle serious violence, as well as taking dangerous people off our streets. We welcome this change in legislation and hope this ban will help save lives by getting more knives out of the hands of violent criminals.”

Anyone unlawfully possessing a firearm covered by the ban will face up to 10 years in prison and those possessing one of the other weapons can be sentenced to up to six months imprisonment or a fine or both.

“They have no place in our society and I am pleased to see this change in legislation which enables those who keep them in their houses to be prosecuted and brought to justice.

“Tackling serious and organised violence is a priority for me and for Merseyside Police and this new legislation will give officers greater powers to seize these serious weapons, helping to save lives and keep our streets safe.”

National Police Chiefs’ Council lead on knife crime, Deputy Assistant Commissioner Graham McNulty added: “The harm caused to families and communities through the tragic loss of life relating to knife crime is devastating and that is why focusing on this issue remains a top priority for policing. 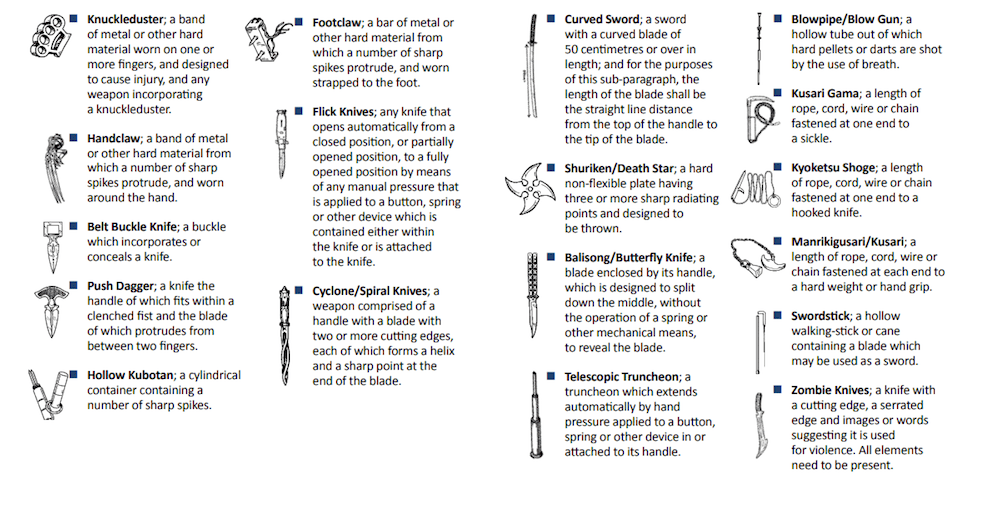 “We welcome the changes to legislation being introduced by the Offensive Weapons Act. These measures will help officers to seize more dangerous weapons, deal with those intent on using them to cause harm and suffering, and crucially, make it more difficult for young people to get hold of knives and other dangerous items in the first place.

“Knife crime is not something that can be solved by policing alone. We are working with businesses, schools, charities and community schemes to educate young people and explain why carrying a knife is never the right choice. This early intervention plays a vitally important role in stopping young people from turning to a life of crime.”

MORE - Isolation probs: How to stay sane if you get pinged but aren’t poorly