Mo Salah statue: Sculptor hits back after online mockery - The Guide Liverpool
Contact Us Advertise with The Guide Our Video Services Follow us: 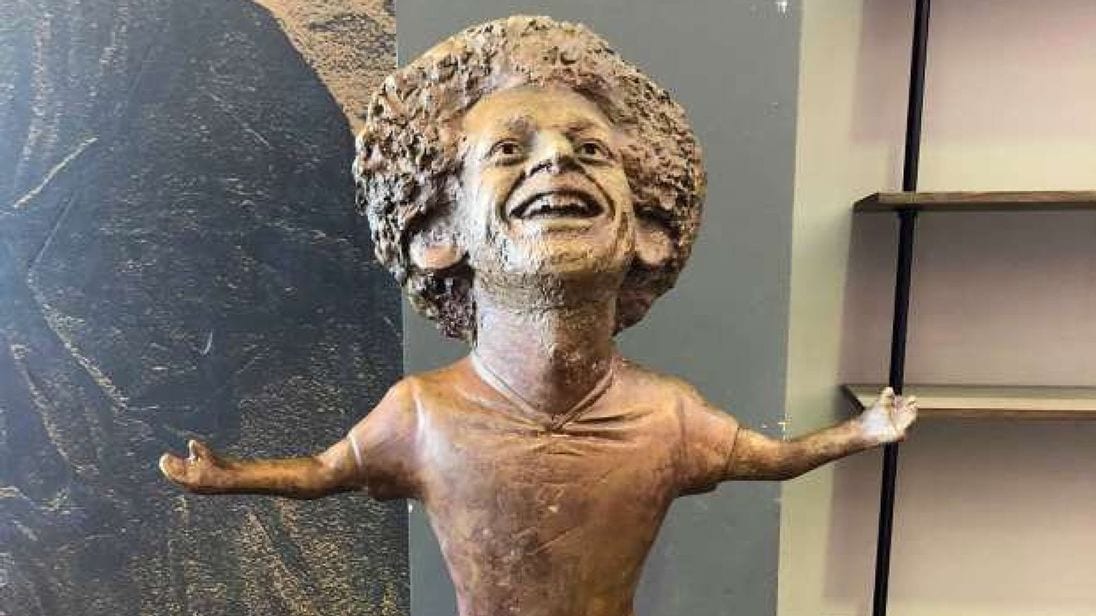 It had been compared to Gail Platt, Marv from Home Alone, Leo Sayer, Art Garfunkel and Beavis and Butthead.

An Egyptian artist has hit back at her critics after a sculpture she made of Mohamed Salah was widely mocked on social media.

The statue of the Liverpool star was unveiled in his home nation of Egypt during the World Youth Forum in Sharm el-Sheikh, and depicted a caricatured Salah performing his famous open-armed goal celebration.

The pictures soon went viral, with numerous people commenting that the statue bore closer resemblances to other famous faces, including Art Garfunkel, Leo Sayer, burglar Marv from Home Alone and even Beavis and Butthead.

After having to withstand the wave of mockery, Egyptian artist Mai Abdallah, who created the piece, took to Facebook, telling people “don’t worry about me”, but adding that she hoped her critics could make their points with more politeness and respect.

Everyone: "The Ronaldo sculpture was the worst ever made!"

Salah was nominated for the Best Fifa Men’s Player 2018 after a hugely successful first season at Anfield, and is viewed as a national hero in his native Egypt, who he helped to a first World Cup appearance since 1990.

Abdallah told Egyptian media she chose the open arm gesture because she found it “distinguished and executable”.

The sculpture inevitably earned comparisons with the infamous Cristiano Ronaldo bust installed at Madeira Airport in Portugal to much mirth online.