Over 200 people slept out on the grounds of St Nick’s Church for The Liverpool Sleepout on Friday night.

The annual event, hosted by Liverpool’s leading homeless charity The Whitechapel Centre, welcomed people from as far as Surrey, Bradford and Cardiff to get a taste of what it is like to sleep rough.

Participants were given cardboard to make shelters to sleep in overnight and were encouraged to wear onesies.

The aim of the event was to spread awareness about homelessness in Liverpool and raise funds to help support the work carried out by the charity, which won the prestigious Freedom of the City award this year.

David Carter, chief executive of The Whitechapel Centre, said: ‘We hope that this event will inform the public about what we do and help to increase the amount of services we provide. The money raised will go towards funding a range of services, including accommodation, travel costs, rent deposits and outreach support.

The great thing about the Sleepout is that anyone can get involved. There is a real sense of community spirit.

As well as highlighting a serious message about Liverpool’s increasing homelessness, there was a variety of entertainment and fun activities for people to get involved in. Prizes were awarded for the most stylish onesie, the most creative and practical shelter and the best individual and team fundraisers.

Bernie Hollywood OBE, a philanthropist and adventurer, has taken part in The Liverpool Sleepout three times and brought along a team of 30 people to this year’s event. Dubbed ‘Bernie’s Barmy Sleepout Army’, his group were the largest party of the night and collectively raised around £3000.

He said: ‘I’m incredibly passionate about what The Whitechapel Centre does for homeless people in Liverpool. They provide help and support for people who need it the most and have saved so many lives over the years.

‘As well as being a lot of fun, these kind of events are incredibly important for promoting awareness about what they do. I hope that the money we make can help them to continue their great work.’ 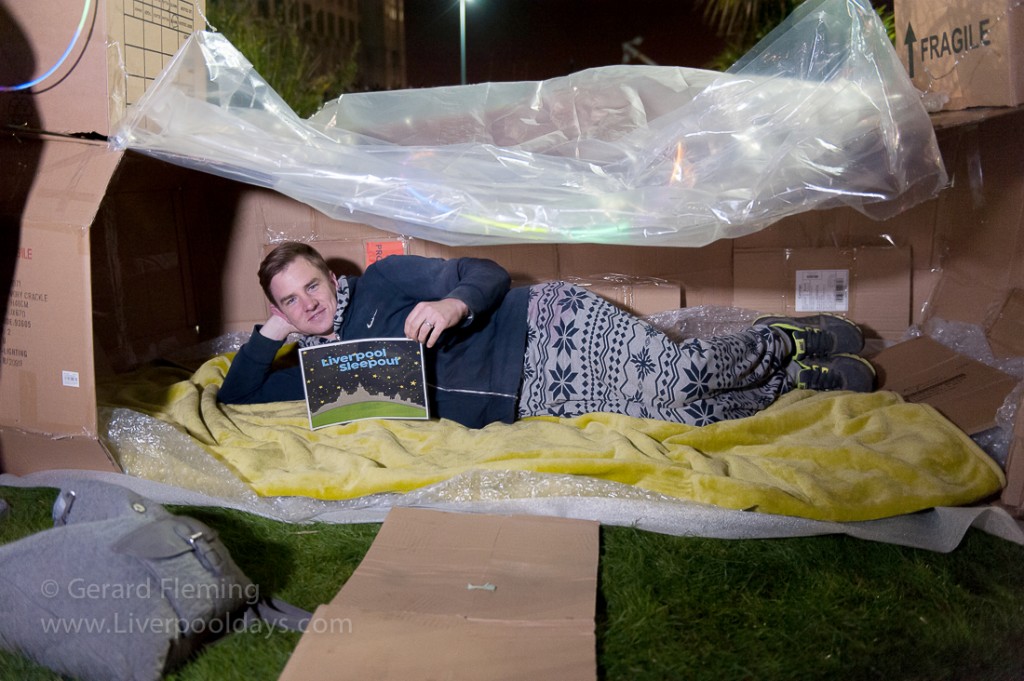 Andy Sloan, who works for Henry Schein, was handing out disposable toothbrushes to people taking part in the Sleepout and donated 250 toothbrushes to The Whitechapel Centre.
He said: ‘I think that people from Liverpool are great at coming together to help one another. I’m glad to be able to do my bit and be part of such a worthwhile cause.’

Huge congratulations to all involved. For details on how you can support The Whitechapel Centre, head to their website here.